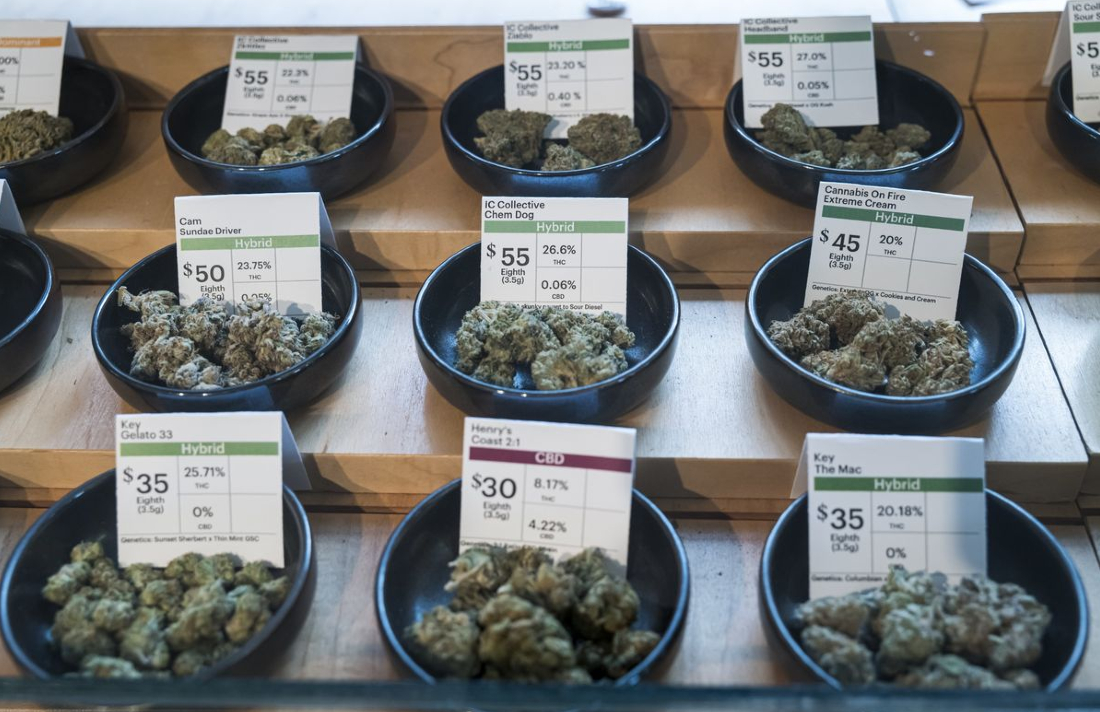 U.S. cannabis sales stayed strong in April even as broader retail sales fell by double digits, indicating that the March increase in demand was more than just pantry loading.

Total U.S. retail sales fell 21.6% in April from the year prior, yet pot sales in several states posted significant year-over-year gains — in some cases, even bigger than in March when demand spiked ahead of Covid-related shutdowns, according to data firm BDS Analytics. Many legal states declared cannabis an essential service during the pandemic, allowing for delivery and curbside pickup.

In states that have legalized recreational marijuana, Oregon stood out with 40% sales growth in April versus 31% in March and 19% in January, according to BDS. Jurisdictions where medical use is legal but recreational isn’t showed even stronger gains, with Maryland sales doubling and Arizona jumping nearly 50%.