Beijing: US Legalization Of Cannabis Is A “Threat To China”

Beijing: US Legalization Of Cannabis Is A “Threat To China” 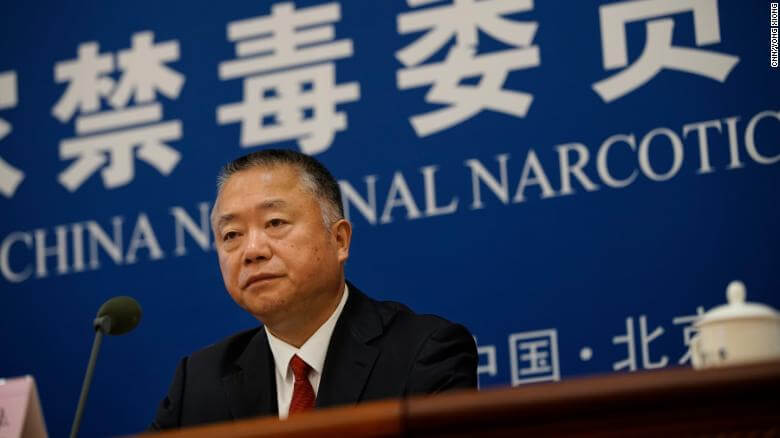 At a press conference in Beijing today, Liu Yuejin, deputy director of the China National Narcotics Control Commission, said that the number of cannabis users in China had grown by more than 25% in 2018, rising to about 24,000 people.

“In two years, we have found increasing cannabis trafficked from North America to China,” he said, though he conceded there were “few cannabis abusers in China” relative to the total population.

According to Liu, China intercepted 115 packages sent through international postal parcels, containing a total of “55 kilograms (1940 ounces) of cannabis and cannabis products” in 2018.

Liu said that most of the suspects connected to the seized parcels had been foreign students or students who had come home after working abroad. He said most of the drugs had been transported through international express delivery. Liu did not specify how many of the packages came from North America.

China severely punishes those caught smuggling or trafficking drugs, including foreigners. Anyone found with more than 50 grams (1.76 ounces) of a controlled substance can face the death penalty.

China has stepped up its efforts to combat the sale of illegal drugs in recent years. Authorities in major cities, including Beijing, have been known to carry out spot drug tests at bars and nightclubs in a bid to clamp down on recreational drug use.

The move puts it at odds with North America, where cannabis has increasing levels of social acceptance.

The first marijuana dispensaries opened their doors in Canada in October 2018 after it became just the second country in the world to fully legalize the drug. South of the border, it is legal to buy and possess marijuana in 10 US states, while many others have decriminalized possession of the drug or legalized medical marijuana.

Cannabis isn’t the only drug which has caused divisions between the US and China. Washington has been trying for years to get Beijing to crack down on the country’s production and distribution of fentanyl, a deadly prescription drug which is devastating parts of the US.