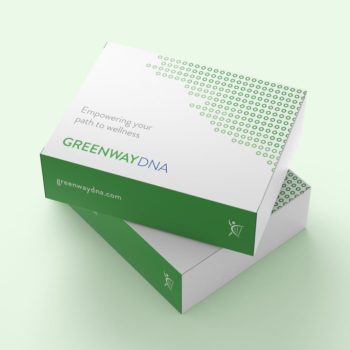 CANNABIS CULTURE –  Spit into a test-tube and ship it to a lab. Within weeks, you’ll get a full report on your personal genetic relationship with cannabis.

For $149.99 and a donation of your saliva, the company will send you a full report of your individual cannabis-specific genetic variances, data to share with your doctor, and dosing recommendations to treat pain, anxiety, and insomnia.

“It’s not guesswork. It’s science.” Robert Brown, CDO and Co-Founder of Greenway DNA wants his company to be a bridge between recreational and medicinal cannabis use, “helping people understand that cannabis is much more than the stereotypical getting high.”

The DNA test kit from Greenway DNA identifies ways in which your genetics influence both THC and CBD’s effects on you.

How Do They Do That?

The results are based on the way specific genetic variants associated with endocannabinoid responses affect your body. The endocannabinoid system (ECS) involves a network of neuroreceptors and neurotransmitters that serve to help your body maintain homeostasis.

Your body produces endocannabinoids that support your ECS naturally, but phytocannabinoids from cannabis—like CBD and THC—can support healthier functioning. Your genetics influence the way they interact with your system.

DNA testing has become a popular way for people to find their ancestors, understand their predispositions for certain diseases, and even learn what they should eat and drink for optimal fitness.

It’s no surprise that companies will also use your DNA to tell you which strains of cannabis you should use, and how much. 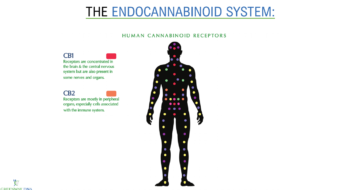 Brown, however, is reluctant to promise too much out of Greenway DNA’s kit. Unlike other companies that claim they can even tell you the right strains for your intended outcome, Greenway is sticking to the research and only offering recommendations that it can back up empirically.

“We don’t recommend a strain. There’s just not enough data.” Additionally, Brown noted that the cannabis industry is not consistent enough to dependably produce parallel effects even within identical strains. “You and I could get the same seed and grow the same plant—and they could still end up chemically very different from each other.”

With more people turning to cannabis to treat medical conditions than to get high, the need for accurate, reliable guidance is growing. But misconceptions and misunderstandings continue to impede progress.

People who want to use cannabis for health reasons, but don’t want to get high, are hesitant. They don’t like the way it feels when they’ve had too much THC, so they give up. “Or it goes the other way when they don’t feel it at all. Then they say, ‘Well it doesn’t work for me,’” according to Brown.

Greenway DNA’s test gives people a place to start, with dosing suggestions that are likely to be effective based on their genetic makeup.