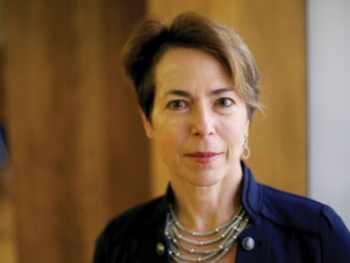 CANNABIS CULTURE – Attorney Kathryn Tucker, who filed the petition said this is a first-of-its-kind lawsuit. “The case is about seeking to ensure that patients with serious, life-threatening illness are able to realize the promise of state and federal Right to Try laws and access psilocybin for therapeutic purposes.”
Attorney Tucker: “In these jurisdictions, one would surely think patients with advanced illness should be able to access controlled substances to elevate and expand consciousness.”

High quality care for patients with a life-threatening illness can not only help with pain and symptoms but can also extend their life span. As the quality of life improves, depression and anxiety decrease. The immune system is strengthened so it can fight cancer and improve tolerance for other therapies that might be needed to heal.
Tucker has spent 30 years in advocacy to improve end-of-life care and said there has been a gap in being able to address nonphysical suffering, anxiety, and depression.
“I would love this opportunity not only for myself but also to keep this door open for others that are in pain and suffering,” said Baldeschwiler, who was diagnosed with stage IV breast cancer and was given two years to live.
Despite research from top academic facilities like Johns Hopkins University, psilocybin is classified as a Schedule I substance by the DEA, which outlaws medical use and strictly limits research.
Research has shown that psilocybin can give emotional relief to patients suffering from advanced cancer. One study stated, “People in the psychedelic trip often experience being at one with the world or even the universe. It’s as if they have died, and as if they’ve gone out to another place.”
One patient said, “I’m not a religious person and I’d be hard pushed to say I was anything near-spiritual either, but I felt like I’d experienced some of that, and experienced the feeling of an afterlife, like a preview almost, and I felt totally calm, totally relaxed, totally at peace. So that when that time comes for me, I will have no fear of it at all.”
In all 50 states, a patient with a terminal illness can choose “palliative sedation” where the patient receives controlled substances to “eradicate consciousness” so that they are no longer aware of their suffering. Tucker said, “In these jurisdictions, one would surely think patients with advanced illness should be able to access controlled substances to elevate and expand consciousness.”
Tucker still does not know why the DEA refused to give aid. “We don’t have much of an explanation at all.” In the letter sent to Tucker, the DEA rejects therapeutic use and suggested Aggarwal should apply to be a researcher.
“We had made very clear that the intention here was not research but therapeutic use, and those, of course, are very different,” Tucker said that going the research route would defeat the entire purpose of applying in the first place since the patients have a limited amount of time left for quality care.
Erinn Baldeschwiler, 49, with her children Shea and Gibson. “I would love this opportunity not only for myself but also to keep this door open for others that are in pain and suffering,”

Tucker plans to seek an expedited hearing which could still take a few months. They are also not ruling out the possibility that the DEA will come to its senses and negotiate a resolution to permit access, like what was done in Canada.
In 2020 Canada approved access to psilocybin to terminally ill patients receiving end-of-life care. Tucker said, “We’re very much hoping that this experience in Canada is what we can achieve here through this lawsuit.”
“Whatever remaining time I have left I want to have the highest quality of life,” said Baldeschwiler.