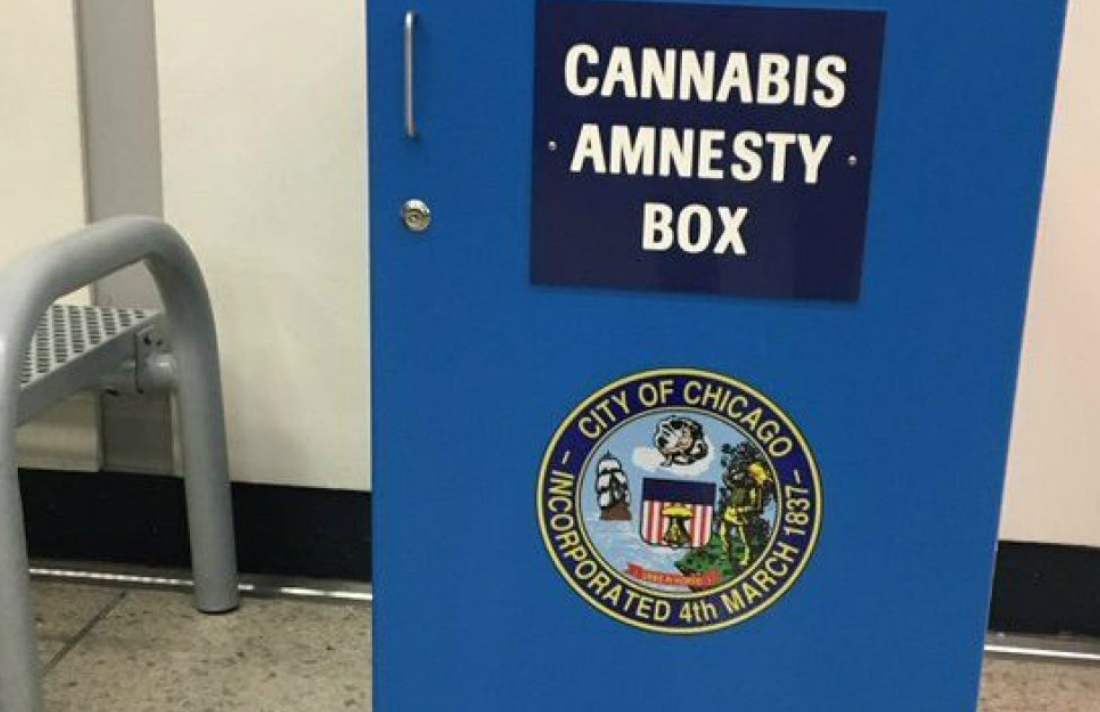 The boxes are “a waste of metal,” joked comedian Hannibal Buress.

People are lining up to buy recreational marijuana from Illinois pot shops — but they probably won’t be as excited to ditch their weed at new “cannabis amnesty boxes” in airports.

The city put in the metal blue boxes at O’Hare and Midway airports when weed was legalized last week. They’ll serve as a safe spot where travelers can get rid of marijuana and other drugs before getting on a plane, since traveling with marijuana remains illegal.

The boxes are set at the end of every TSA checkpoint — after travelers pass through security.