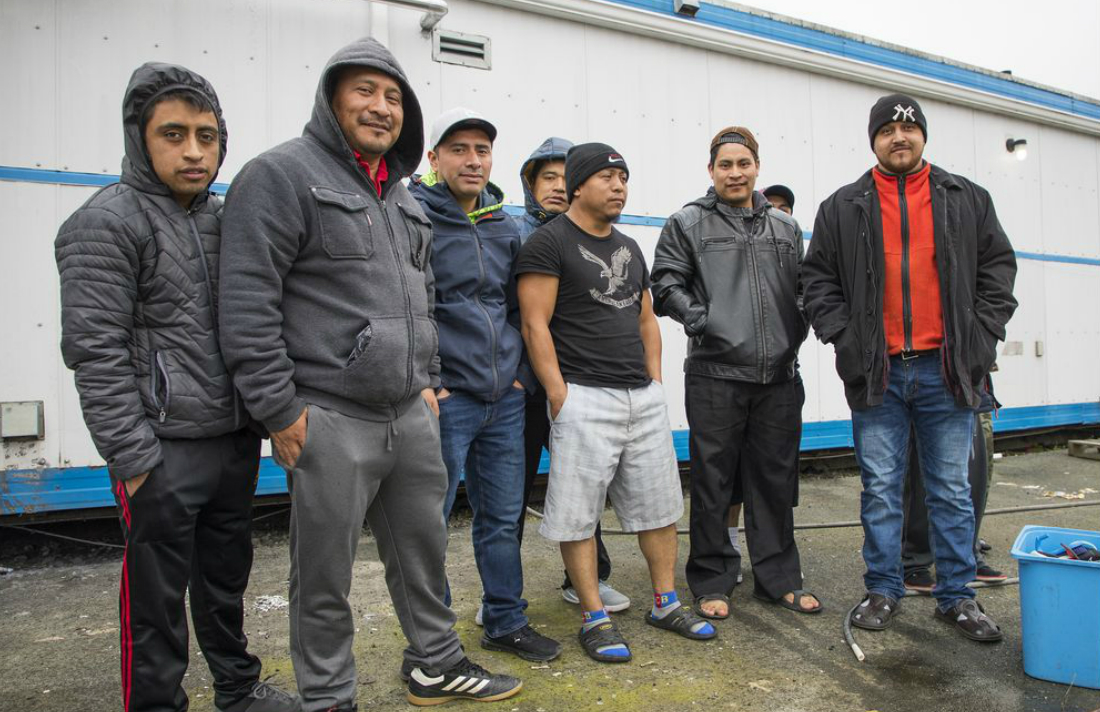 B.C. greenhouse workers suddenly laid off by cannabis giant Canopy Growth are getting ready to fly home to their families in Guatemala.

The Smith Falls, Ont., firm announced Wednesday that it was closing its facilities in Delta and Aldergrove and would be laying off 500 workers. Many of them are new immigrants from India and workers brought here from Guatemala under the federal Temporary Foreign Worker Program, which lets companies hire foreign workers to fill temporary labour and skill shortages.

On Thursday afternoon, a single greenhouse worker stood outside the firm’s work camp in Delta — a row of portables surrounded by dozens of bicycles — washing his shoes in a blue bucket under the rain. Soon after, about a dozen colleagues joined him outside to talk about what the sudden job losses meant to them. They appeared in high spirits, but hundreds more who had just lost their jobs weren’t there to speak for themselves.