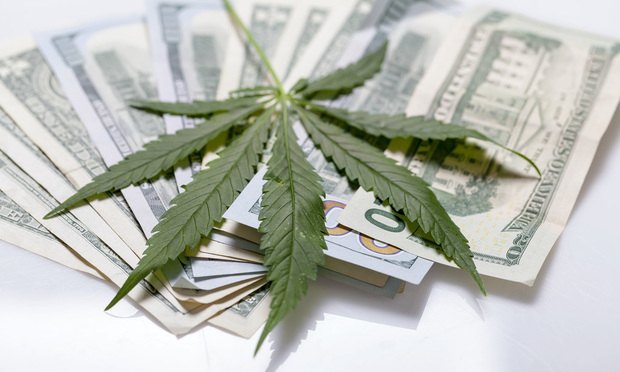 CANNABIS CULTURE – Cannabis-lobbying across the US has achieved that rare thing – uniting big banks, big tobacco, unionists, and Black Lives Matter activists – for now.
That doesn’t mean the interests shaped around cannabis are mutual.
In their corner, Black Lives Matter activists are out to imprint their voice into evolving cannabis legalization rules because they are seeking business opportunities for minority communities. This is so because harsh drug laws in America disproportionately result in jail and criminal records for Black weed users. Cannabis arrests make up over 50% of all drug arrests in America, but according to the American Civil Liberties Union, Blacks are 3,5 more times likely to be arrested for cannabis offenses than whites.
On the other end of the room, big banks, and tobacco firms are paying armies of lobbyists who crisscross the US to make sure their interests are protected as more American states move to legalize the use of weed.
Lobby money up
The money alone tells the big picture of frenetic lobbying. According to Open Secrets, in 2011 pro-cannabis corporations and special interest groups in America spent just about $35 000 in total lobbying efforts.
In 2019, cannabis interest groups went a gear up and sunk more than $6 million to hire dozens of lobbyists. Only outbreak of the pandemic in 2020 cooled lobbying money to around $4 million. At the same time lobbying money is flowing, the total legal pot market across state levels in the US was poised to reach $21 billion in sales in 2021. It is set to shoot further to $55, 9 billion by 2026. The lobbying activity has certainly increased along with sales. For example, it took up to 7 years for the New York state legislature to approve the state´s cannabis regulation bill but from 2013 to 2018, lobbyists had already sunk in $3 million to influence the New York cannabis bill.
Big corporate players are in the game too: the likes of Morgan Stanley bank, tobacco, and alcohol companies. As lobbying activity climbs, more American states are hinting at plans to relax cannabis use rules.
It is this growing positive perception of cannabis across the US that is uniting an unusual collation of labor unionists, marijuana-personal use advocates, leftist activists, and big corporates.
Some Republicans are even going against the grain of their party´s tough-on-drugs image and finding a common purpose in lobbying on behalf of cannabis companies. For example, John Boehner, who was formerly the Republican House speaker, and once publicly opposed to the pot, and Kathleen Sebelius, formerly a Democratic governor of Kansas state, and secretary of Health and Human Services under the Obama presidency, now front a pro-cannabis business group in the US capital. The Cannabis Freedom Alliance, launched recently in April 2021, has one Charles Koch, who is a big Republican causes donor.
On the left side of the equation, labor is fine-turning its stake in cannabis lobbying. The United Food and Commercial Workers International Union, which claims to act for more than 10 000 cannabis workers across America, has been busy inserting workers’ provisions in templates of state efforts to legalize cannabis.
America´s tobacco and alcohol companies are angling to establish a foothold in influencing efforts to legalize cannabis. In the process, they are exchanging notes with consumer-focused nonprofit groups like the National Organization for the Reform of Marijuana Laws (NORML) and the Marijuana Policy Project (MPP).
Thin friendships
But frictions emerge. Homegrown of cannabis for small personal needs faces fightbacks from corporations licensed to grow weed in some states. For example, some companies that won contracts under state-level medical cannabis programs were unhappy when rules in states like New York and New Hampshire permitted homeowners to grow a few home plants for personal use. For example in 2019, the so-called New York Medical Cannabis Industry Association, a lobby group that united medical cannabis companies like Columbia Care; Etain; PharmaCann; The Botanist and Acreage NY; Vireo Health; and MedMen sent a memo to the New York state governor to discourage home-growing of pot even for personal use.
The corporations have backtracked under pressure from NORML and MPP consumer pressure groups.
This shows that there are no automatic friendships among disparate parties lobbying for the legalization of weed across the US. Some corporations that gained the license to grow weed in permissive states don’t want wholesale legalization of cannabis at the federal or state level. The fear is that a flood of entrants and home-growers will populate the market with excess products, increase competition and depress prices.
2021 progress report
At the federal level, Chuck Schumer, who is the US senate leader, aims to introduce legislation that would remove cannabis from the US´s controlled substances list. Most Republicans don’t agree, and some Democrats object to it. A more united measure to give immunity from prosecution for American banks that handle transactions for cannabis traders at the state level sailed past the US Congress but faces challenges at the Senate, and some Democrats who want explicit decriminalization clauses inserted.