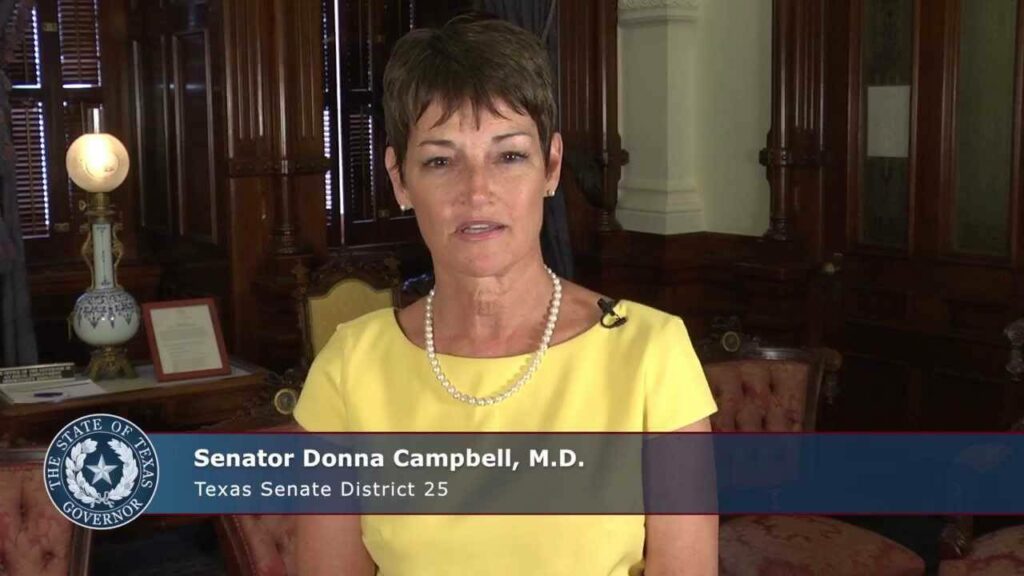 Liar for Jesus: Texas Senator Donna Campbell successfully argued against including Survivors of post-traumatic stress disorder (PTSD) in a medical cannabis bill by creating fictional data from a non-existent study.

According to reports, Campbell made the claim that a scientific study had found a correlation between veteran suicide and frequent cannabis use. However,  this claim is bullshit and no such study exists. Yet by manipulating her colleagues with her false data, Campbell was able to deny patients with PTSD access to medical cannabis.

During a debate in the Texas Senate over the medical cannabis legislation, Campbell argued against including PTSD in the bill. She justified her opposition by making the following claim:

A study was done, a post-mortem, so a retrospective study done, looking at autopsies and drug levels, what drugs were in the blood of veterans that committed suicide, and 70 percent had THC.

The statement proved pivotal in denying medical cannabis for survivors of PTSD.

The statement is not accurate and makes a ridiculous claim.

Campbell suggested that cannabis plays a role in suicide among veterans, claiming that a study showed 70 percent of veterans who committed suicide had THC in their body.

But the study Campbell cited doesn’t seem to exist. Some research does exist on this topic, but experts questioned the validity of drawing a conclusion about the connection between marijuana use and suicide generally — let alone among veterans.

We rate this claim Pants on Fire.

Some concerned citizens complained about Campbell’s deception via the politician’s Facebook page. For example:

Why did you lie to prevent veterans from getting proven help with PTSD? Why did you lie about a report that now prevents EVERY VETERAN in Texas from accessing a proven treatment for PTSD? Why would you lie about something like that? Why? I thought your mandate is to ease the sufferings of our veterans? How will you explain this to veterans suffering from PTSD?

Why did you lie about this study and deprive veterans with PTSD from the medication they need?

Campbell, who is obviously willing to fabricate data to prevent PTSD sufferers from receiving proper medical treatment,  is also a deeply religious woman who frequently makes social media posts asking for prayers and proclaiming the virtues of her Christian faith.

However, it seems apparent that honesty is not a prerequisite for Campbell’s version of Christianity.

Oh, and by the way, you can leave her a nice message on her Facebook Page.