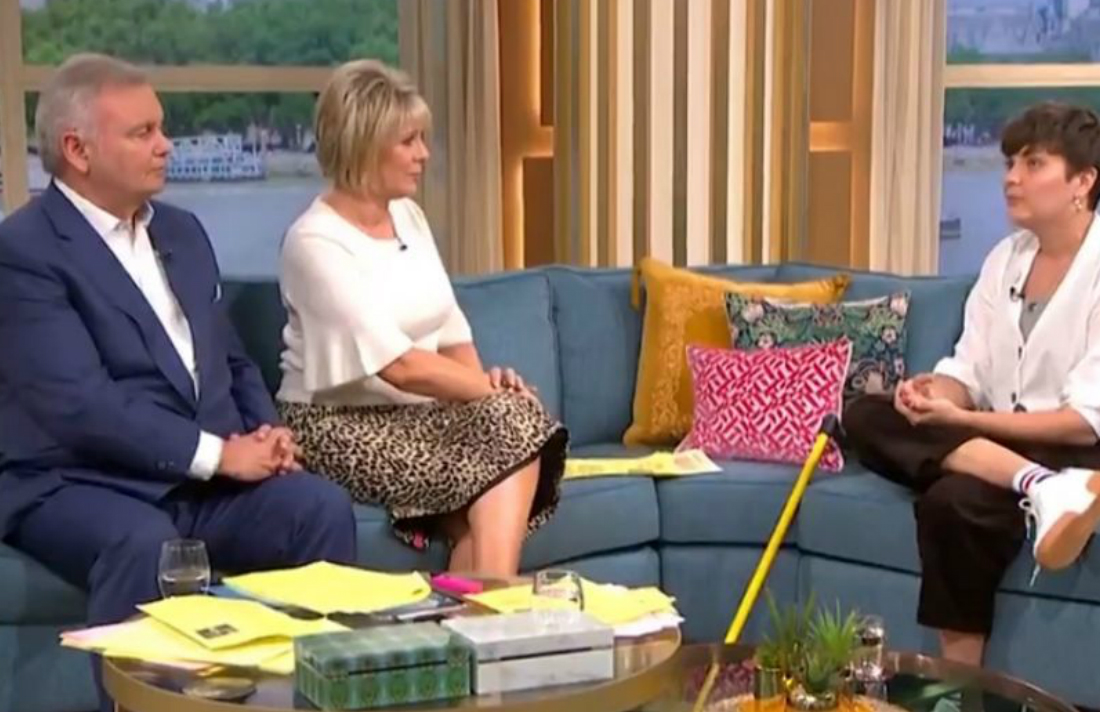 Today’s episode (26 April) of This Morning saw chronic pain sufferer Carly Barton discuss the medical benefits of cannabis. To the surprise of hosts Ruth Langsford and Eamonn Holmes, she revealed that she had actually used some before she went on air, before explaining that she has started growing her own when it proved too dangerous to get it elsewhere.

“It wasn’t great,” the 32-year-old told hosts Ruth Langsford and Eamonn Holmes when they asked how she got hold of the substance initially. “I have trusted people now. At first, I was going out on two walking sticks in the middle of the night in dark car parks and putting myself at risk.

“At the moment we’re failing those patients,” she added. “That is their only option is to put their lives at risk.”