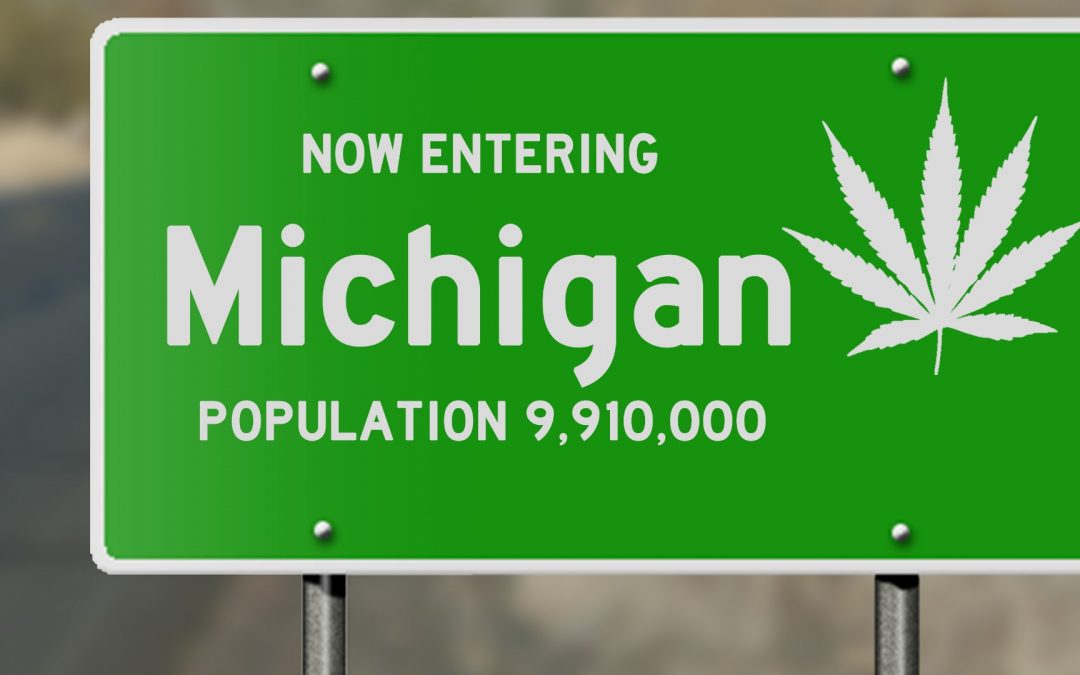 CANNABIS CULTURE – For a decade the cannabis industry in Michigan has been defined by insider relationships. The caregiver model has been the predominant model across the state, and most cultivators’ entire supplies are completely sold out before they are finished growing. This works wonderfully to create a tight knit industry, but will not be able to survive the transition to the recreational market.

Currently, with 77 licensed retailers – and roughly 150 unlicensed retailers – Michigan’s medical sales are on par with that of Oregon’s at around $700 million in 2019. However, Michigan’s market is expected to break a billion dollars of revenue, just like California did in 2017. This is all occurring as the cost of a pound of cannabis flower in Michigan ranges between $1,500-$3,000, which is double to quadruple the price for the same quantity in Oregon.

These prices are so high because becoming a licensed cannabis cultivator or manufacturer within the state of Michigan is a heavy investment. Not only are there buildout costs, but there are other barriers for suppliers which have lead to a greater number of retail licenses being already active, and being applied for. This creates a massive cannabis shortage in the state.

Unlike any other cannabis market in the country, Michigan cultivators are acting as wholesalers. The suppliers of the market are buying, testing, and reselling product that they did not produce themselves. Around 14% of the product on the market is coming from licensed growers. The rest of it is technically illegally cultivated. There have been temporary permissions given to unregulated caregivers to sell into the regulated market, which means that blackmarket product, even from out of state, has possibly entered the legal market.

With the industry as it is, the 40,000 Michigan caregivers are absolutely beating out licensed producers and processors, disincentivizing new operators from seeking supply licenses. Similar to online job boards, this environment creates a race for the bottom where unlicensed producers aggressively try to undercut each other to secure deals with vendors which can only be unstable, as they are dependent on supplying the lowest cost, not the most quality product.

Meanwhile, while not even being the oldest or the largest cannabis market in the country, Oregon has over 700 dispensaries. Their state enjoys a much wider selection of cannabis products than Michigan, and in addition to this, Oregon doesn’t suffer from the shortages that are common within the Michigan industry. Yet even with a legally gray market that is not well presented, controlled, or priced fairly, the Michigan cannabis market is already overtaking Oregon’s, and is poised to be one of the leading cannabis markets in the world.

This has not gone unnoticed by the rest of America. Several companies are looking at the state as recreational cannabis laws go into effect in January. There are roughly 500 license applications which have gone past the first stage of review made up of a relatively healthy mix of cultivators, processors, transporters, and retailers. Some of these applications are due to the fact that licensed medical operators will be given priority to receive recreational licenses, so one can only imagine how many applications there will be after recreational applications are open to the public.

Cultivators and growers are in high demand as the market stands due to the shortage of product across the state of Michigan. This is why entire grows are bought up before they’re finished growing by vendors. However, as more cultivators enter the market legally, they will begin to undercut the prices of the legacy producers. This happened in Oregon, and several elders within the cannabis community were forced out of the industry. Unless true legacy Michigan growers are wary and adapt to the recreational market before it arrives, many will be unable to compete within six to nine months.

Depending on a company instead of cultivators for testing allows for consumer information to be readily available and more accurate within the industry. In addition to this, it allows for meaningful research, both by consumers and scientists, as Confident Cannabis does not allow any inaccurate reporting of test results.

Oddly, the Michigan market is so quickly depleted that Confident Cannabis’ tests results are analyzed and released after several products have been completely sold out, so their information is really only relevant retroactively. This makes a lot of the work they do inconsequential, as most consumers won’t look at the test results of something they smoked weeks, or months prior. As the market is, with over seventy percent of product being supplied by unlicensed growers, Confident Cannabis cannot keep up, but this will change.

This will allow for more accurate information across the industry, and it is a safer environment for vendors and suppliers because it moves sales to a legal merit based marketplace, not an unlicensed competition for the lowest price.

Adapting to the wholesale market before the influx of other growers will empower suppliers by letting them work freely with vendors across the state, and by being able to control their prices on a public marketplace. In a marketplace quality defines the value of the product, not private agreements.

Confident Cannabis’s online wholesale marketplace could protect a whole generation of growers within the state. Cannabis stores, especially the ones that will continue to open every year from now, will not take care of those who grew what made this industry possible.

A marketplace based on merit will because they simply are the best cultivators in Michigan.

The clouds have only begun to gather

The next six months will be an incredibly easy time for every licensed supplier in the state of Michigan as they can amass wealth without much competition. Their product is in high demand, there is a limited supply in the state, and vendors need product. They’re doing great for right now. This era will not last forever. Adaption is necessary.

Oregon lost many of those who started the tradition of cannabis cultivation within their state due to an over competitive industry that seemingly became so overnight. The value that these people have cannot be understated. Losing them was losing a piece of the culture.

Adapting to the legal, recreational and medical wholesale marketplace designed by the company who tests one hundred percent of the product available in the state may be enough to prevent this from happening to several of Michigan’s legacy cultivators.