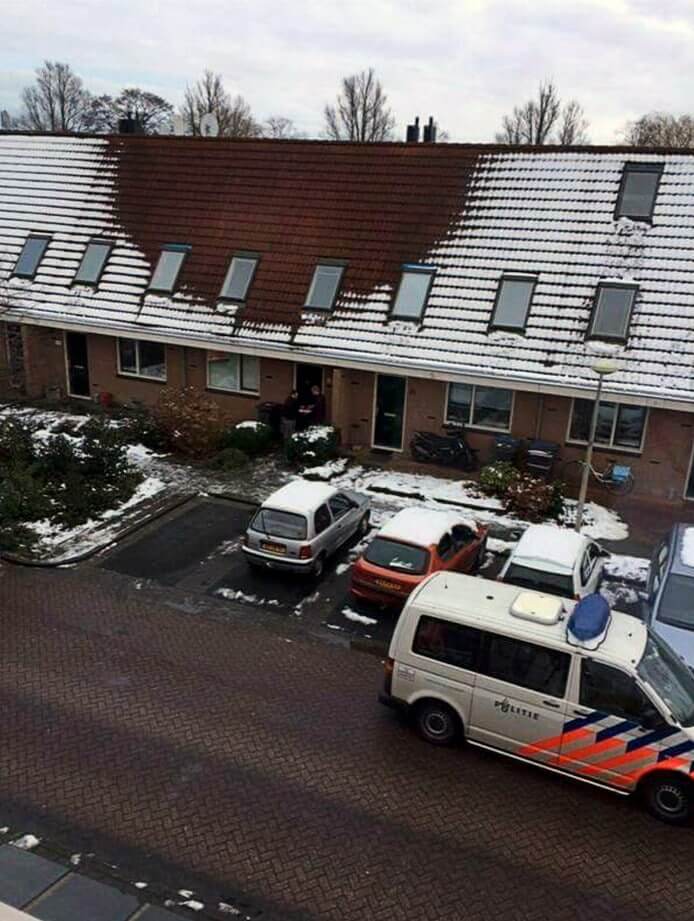 As legalization spreads, more people are interested in growing cannabis at home. You too? Check out our growing section!

While some countries and states allow growing cannabis at home, laws vary, with some states permitting home cultivation while others do not. And in all cases, there is a limit to the number of cannabis plants you can grow.

To secretly grow a large number of cannabis plants, dealers are nowadays turning private properties into cannabis farms. These homes are easy to identify during winter as the roofs of such houses are not covered in snow. Police have been spotting these snow-free roofs to put illegal cannabis growers behind bars.

In the winter of 2015, Dutch police arrested the owner of a house for growing cannabis plants illegally.

Since it was snowing, the roofs of all the houses in the town were covered in a layer of snow. But there was one house whose roof didn’t have even a speck of snow. Intrigued, the police went into the house. Inside, they found industrial-scale cultivation of cannabis. To ensure proper growth, the owner was using heat lamps. The heat from the lamps was melting the snow on the roof. That’s why the roof wasn’t covered by snow while the other houses in the street were white with snow. It is allowed to grow up top 5 cannabis plants in the Netherlands.

Other than Dutch police, the law enforcement officials of other European countries are using the same technique to identify illegal cannabis farms. In 2018, the West Yorkshire police seized a huge haul of cannabis from a house in Keighley, UK. The police grew suspicious when they spotted no snow on the tiled roof. From outside, the house reeked of cannabis. Upon entering the house, police found a huge cannabis farm flourishing in the cellar and four bedrooms. There were 322 cannabis plants, and the heat from lamps was used to help these plants grow.

Other ways police usually spot an illegal cannabis grower are

There was a similar case in the UK a few years back: