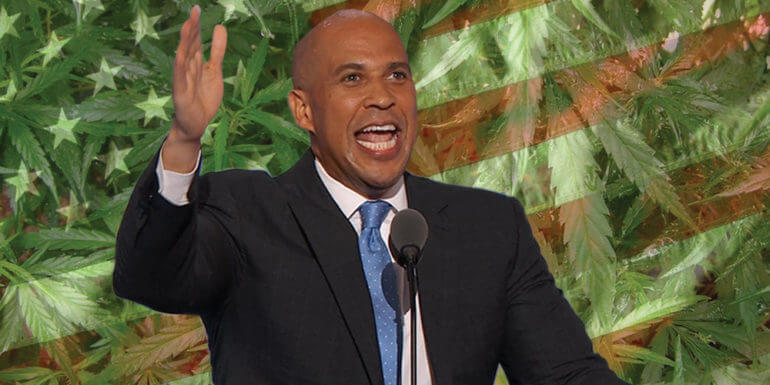 Co-sponsors of the bill, known as the Marijuana Justice Act, include fellow 2020 Democratic contenders Sens. Elizabeth Warren of Massachusetts, Bernie Sanders of Vermont, Kamala Harris of California and Kirsten Gillibrand of New York. Booker first introduced the bill in 2017, but it was not taken up for a vote.

The bill comes as increasing numbers of states are legalizing cannabis on the local level, and public opinion has shifted clearly in favor of legalization.

Booker’s bill would remove cannabis from the federal list of controlled substances, while also providing financial incentives to states to loosen their cannabis laws.

The bill also aims to reverse the damage done to those who were prosecuted for cannabis use by expunging federal crimes and allowing offenders to petition courts for shorter sentences.

Black people are 3.7 times more likely to be arrested for marijuana possession than their white peers even though they use marijuana at similar rates. If we truly want to be a fair and just nation we need to correct for this disparate treatment of enforcement practices,

Even though the support for cannabis legalization is growing in Washington, the bill is likely to face an uphill battle in the Republican-controlled Senate, overseen by majority leader Mitch McConnell.