Do You Want Kratom (and Cannabis) In Your Quarantine Survival Kit?

Do You Want Kratom (and Cannabis) In Your Quarantine Survival Kit? 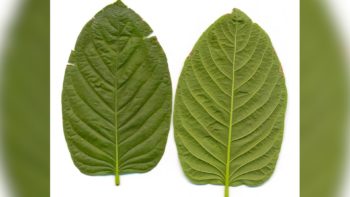 CANNABIS CULTURE. Cannabis has long served as a medicine for some forms of asthma, and kratom has been revealed to hold Chloroquine related compounds and holds non-ibuprofen pain fighting qualities.
The major way Covid 19 seems to be killing, even healthy people, is by blocking the lung passages, with mucous that can crystalize and restrict lung capacity. One thing we need to do is cough up anything out of our lungs as much as possible. People also need to move around, as this thing gains ground in your lungs when you are at rest.
Prior to prohibition cannabis was contained in a number of asthma medicines such as Grimaults Indian Cigarettes as well as other products. Although there is debate about the benefits, particularly when smoked, research on the positive side refer to THC’s ability to dilate the respiratory passages and inhibit coughing as elements that have caused relief for some users. Cannabis does the opposite of tobacco smoke in this regard, as cannabis expands, instead of constricting the bronchial passageways. However smoking cannabis may also be an irritant for people with lung issues and vaporizing and edible should also be considered as options. 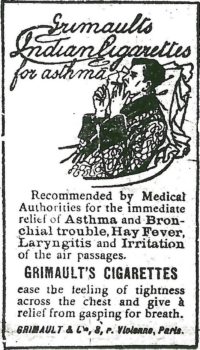 In regards to kratom, Prof. Dr. Thamrin Usman an indonesian researcher has noted it was reported from researchers in Wuhan that Chloroquine (Cq) can be used for the treatment of patients with Covid 19. The content of the Cq molecule is in kratom leaves that thrive in West Kalimantan. Dr. Usman Was quoted in a March 10th Pontianak Post story:

Dr. Usman’s hypothesis is that since the atomic structure of certain kratom alkaloids is similar to that of chloroquine, it may have similar effects. However this is far from proven science, as noted with caution in the article Kratom and Chloroquine: The Truth Behind the Coronavirus Claim:

There are no scientific experiments to prove kratom has alkaloids that can stop the coronavirus. While there are molecules that are similar in their atomic structure to chloroquine, as Dr. Usman was announcing, this does not mean kratom’s molecules would behave in a similar fashion in an experiment with the coronavirus.

You see, chloroquine is a synthetic drug. It’s created in a lab by chemists. It’s not a molecule found in nature. However, it is a synthetic form of quinine, an alkaloid found in the bark of cinchona trees. And cinchona belongs to the Rubiaceae family, which kratom also belongs to, so it’s no surprise kratom has molecules inside the leaf that are similar in structure to chloroquine.

Thus research is needed to understand if kratom has some of the same beneficial qualities for coronavirus as the synthetic chloroquine but here in a natural plant that is much more accessible. There are also numerous anecdotal reports that kratom is good for colds and flues, and these qualities may also play a role in substantiating these claims.
Pass that dutch!