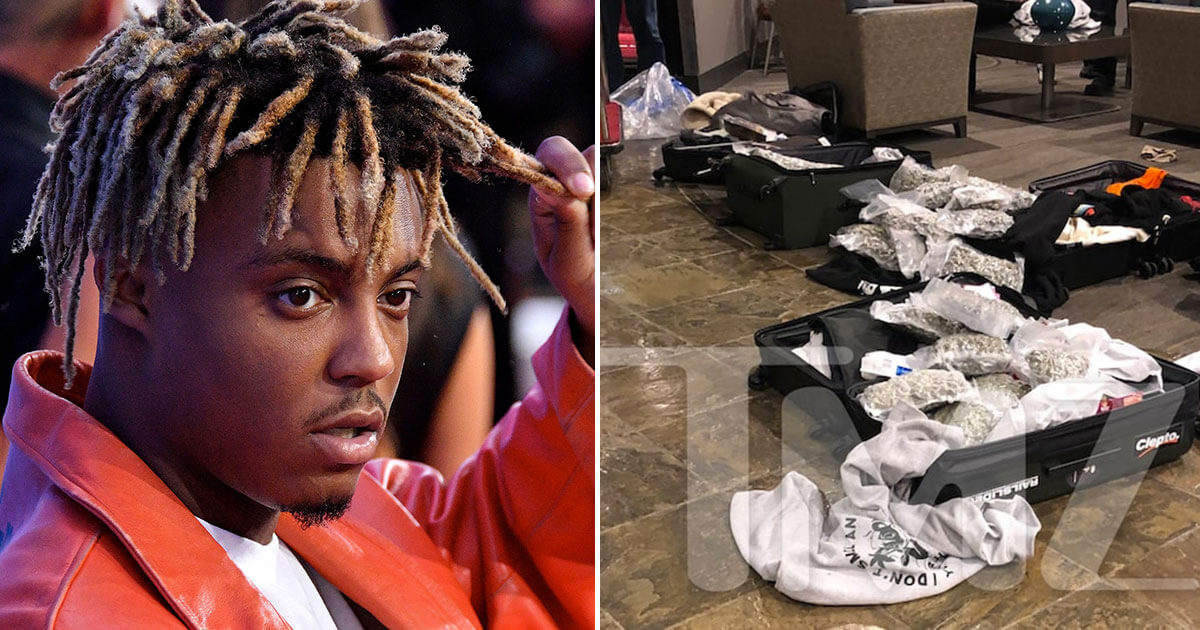 Federal authorities seized 70 pounds of weed from the private plane that flew late rapper Juice WRLD from California to Chicago on Sunday, not long before he suffered a medical emergency and died at Midway International Airport.

Meantime, two members of Juice WRLD’s security team were arrested on gun charges after they arrived at the airport.

Sources confirmed federal agents confiscated 70 pounds of marijuana from that private jet after it arrived at Midway.

Police said after the flight arrived, two members of Juice WRLD’s security detail revealed they were armed when officers responding to Juice WRLD’s medical emergency at Midway asked them if they had weapons.

Christopher Long, 36, of Buena Park and Henry Dean, 27, of Chicago were arrested on gun charges. Long was charged with one misdemeanor count of unlawful use of a weapon. Dean was charged with carrying a concealed weapon at an airport and one count of possession of a high capacity magazine and piercing bullets.

The men are expected back in court on Dec. 30.

Juice WRLD, whose real name is Jarad Higgins, was taken to Advocate Christ Medical Center in Oak Lawn after suffering a medical emergency at Midway early Sunday, according to police, fire, and Cook County Medical Examiner’s office representatives. The 21-year-old was pronounced dead at the hospital at 3:14 a.m.

An autopsy has been scheduled for Monday.