Fox News Strategist: People Laying On The Streets ‘Having Just Shot Up With Marijuana’

Fox News Strategist: People Laying On The Streets ‘Having Just Shot Up With Marijuana’ 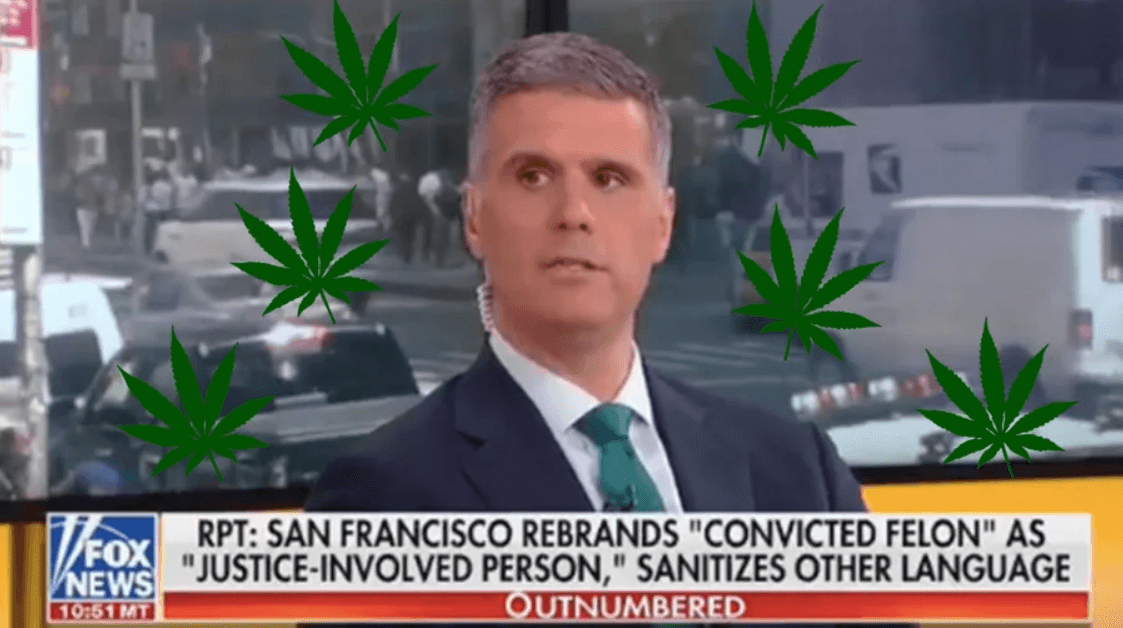 A Republican strategist on Fox News apparently thought that individuals who use cannabis inject the drug into their bodies.

During a segment of the Fox News program Outnumbered on Thursday, David Avella, the president of GOPAC, discussed a new resolution put forward by San Francisco officials to refer to former prisoners as “formerly incarcerated person” or former “justice-involved” person or “returning resident” when they complete their sentences. Avella suggested that this kind of approach was somehow leading to other issues, such as people pooping in the streets of the California city.

“California has tried to clear out their prisons and yet every year they continue to have overcrowded prisons,” the Republican strategist said. “And the focus ought to be on a society that follows the law, not allowing people to defecate in the streets, not allowing individuals to lay on the street having just shot up with marijuana – or heroin and having a needle sticking out of them.”

Although it’s unclear whether Avella simply misspoke or actually believes that individuals inject themselves with marijuana, some were quick to point out the gaffe on Twitter. Marijuana, also known as cannabis, is generally ingested through smoking or eating edibles that have been prepared with cannabis oil. It is not “shot up” or injected into the bloodstream.