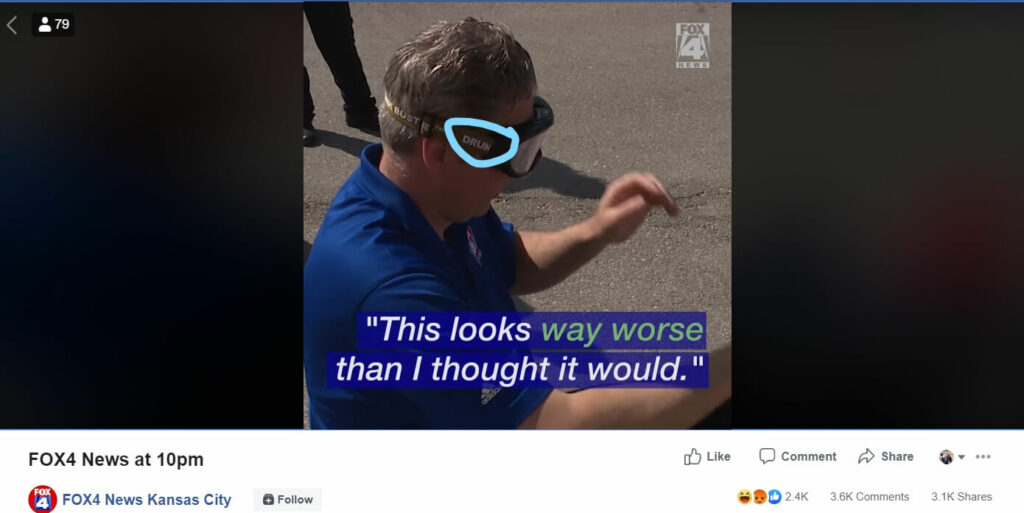 Yesterday, Fox4 News Kansas City posted a video on their Facebook about where you can see one of their reporters testing out “Marijuana Googles”.

In the video, they say that the goggles are designed to simulate the effect of driving while high.

As soon as their reporter puts on the goggles he said:

This looks way worse than I thought it would.

They guy can’t drive one meter without hitting a pillar on the way.

You can clearly see that the googles clearly say “DRUNK” on them. What’s going on with that?

Make sure to check out the video and leave a comment.