Frustrated With Shortages, Some Illinois Medical Marijuana Patients Begin Growing Their Own at Home

Frustrated With Shortages, Some Illinois Medical Marijuana Patients Begin Growing Their Own at Home 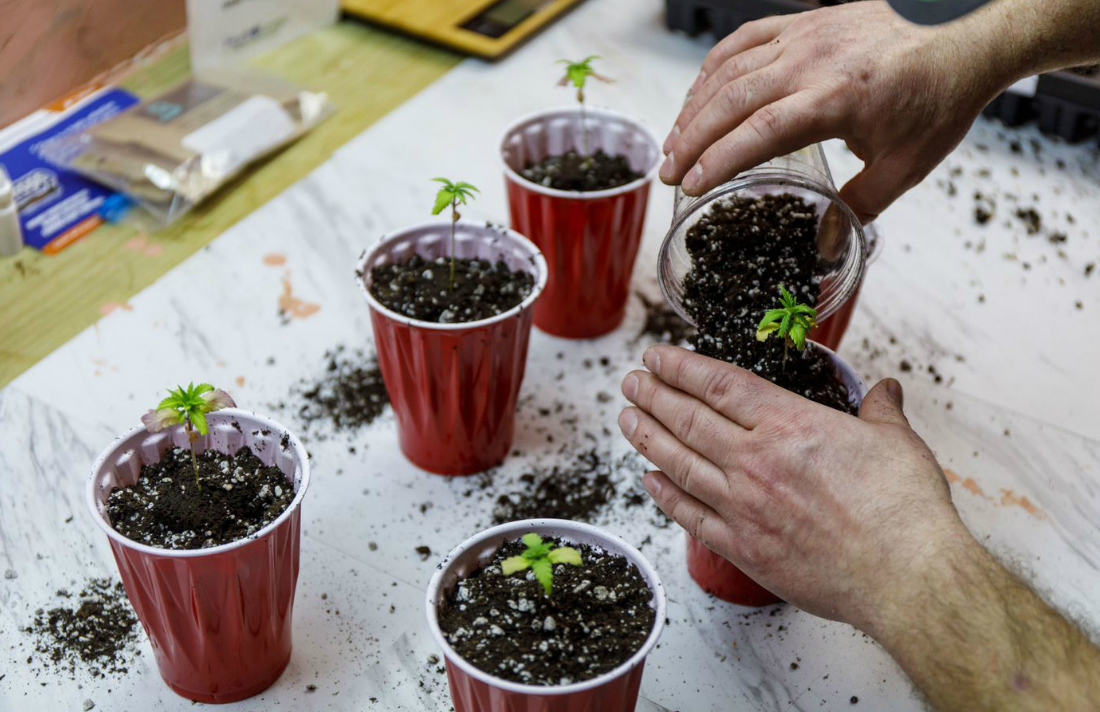 HICAGO — Worried by widespread shortages of products at Illinois cannabis stores, medical marijuana patient David Kurfman took matters into his own hands. He started growing his own.

Having suffered from epilepsy most of his life, Kurfman uses medical cannabis to control his seizures without debilitating prescription drugs. But like many medical patients, Kurfman can’t take just any cannabis. He says he needs oils containing CBD, the cannabis component that prevents seizures, in a 2-to-1 ratio with THC, the part that gets users high.

Under the new state law, medical marijuana patients may grow up to five plants each at home. Kurfman said he spent $5,000 to build a deluxe grow room in the basement of his downstate Illinois home, outfitting it with lights, fans and separate compartments. He now tends a small garden of thriving, 3-foot high plants.

– Read the entire article at Herald and Review.