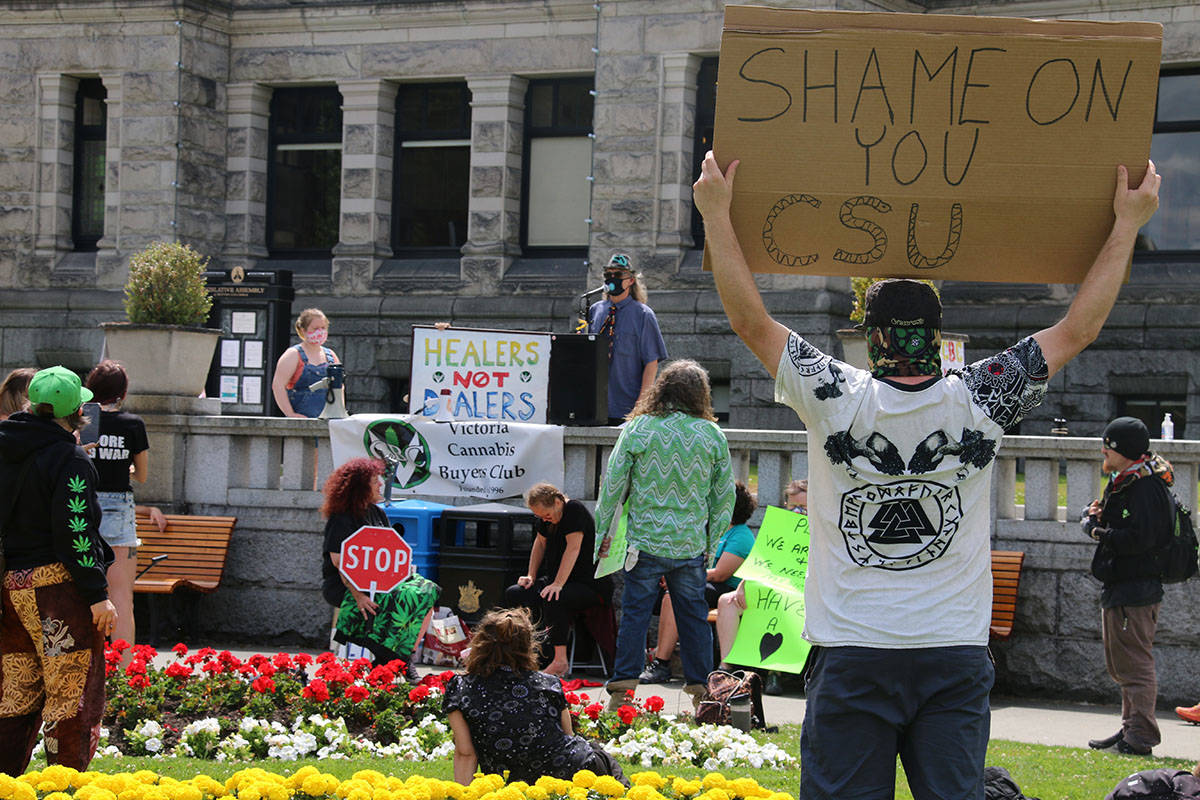 CANNABIS CULTURE – The Victoria Cannabis Buyers Club (VCBC) has secured a new three-year lease in the space they’ve occupied since 1996. However, Health Canada continues to strong arm the patient focused resource center. VCBC’s landlord has been threatened with imprisonment for renewing the lease.Last week the VCBC received a letter from the Community Safety Unit of the Victoria Police (CSU) accusing them of non-compliance with Federal Government’s rules. In the letter, the CSU states the VCBC is an illegal recreational dispensary.
The CSU’s letter also threatened to proceed with fines, eviction and potential asset seizures.
VCBC’s legal team at JFK Law Corporation wrote to the landlord and the BC Solicitor General arguing they are a medicinal cannabis dispensary, and not an unlicensed recreational facility.
“This convinced the landlord’s lawyer that we had reasonable grounds to continue operating despite threats of fines or jail from the BC Solicitor General” wrote VCBC on their website. The Buyer’s Club has been operating at the Johnson Street location for over 20 years.
Their legal team at JFK Corporation also sent off an application for an exemption from Health Canada on the week of April 1st.
“In seeing the attitude of the Provincial Government, they are just not getting it. They are just not comprehending the situation,” says Julia Marie, former manager of the Club that is a patient witness on the case.
“The people that are pushing the Recreational Agenda have this idea that people can just go to a recreational store and get their product, and they do not understand the idea of a medication dosage, of a therapy. The Club has products that are not available in any other parts of Canada, such as suppositories. It is amazing to me and absolutely shocking that they would cut out the supply for this when there is no other alternative,” she said in a phone call.
The Buyer’s Club plans to put in place collective lobbying efforts and legal arguments to convince Mike Farnworth, the BC Solicitor General, and the Community Safety Unit to back off.
“We are seeking to talk to John Hogan, the Province Premier, about this. We have a series of connections in the BC Cabinet and expect for the situation to resolve. Unfortunately, we will not be able to meet in person, but we will do what we can to take this through”, said Ted Smith, owner of the VCBC, on a phone call.
The owner and the team of lawyers are working together to build a case and fight in court for the unreasonable, unconstitutional measures.