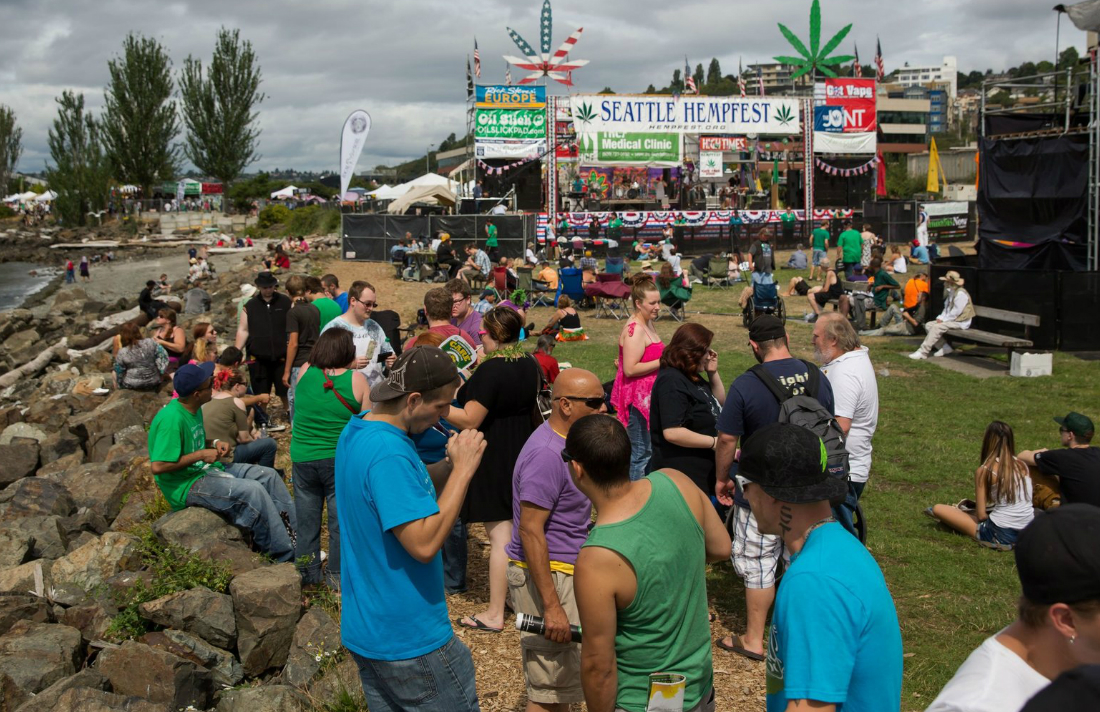 The organizers of Hempfest, Seattle’s annual giant celebration of all things marijuana, and a pair of the state’s largest cannabis retailers have filed a lawsuit and are seeking an injunction to prevent the Washington State Liquor and Cannabis Board (WSLCB) from enforcing a ban on advertising at the festival, which they say violates free-speech guarantees, particularly because the event is held at a public park.

“City parks are the quintessential public forums that have been recognized as free speech areas under the Washington and federal constitutions, for time immemorial,” wrote attorney Fred Diamondstone, who represents Seattle Events, which has sponsored Hempfest at Myrtle Edwards and Centennial parks for the past 27 years.

The lawsuit alleges the WSLCB in April issued a “vague and confusing” bulletin intended to “actively dissuade licensed marijuana businesses from participating at Seattle Hempfest” by suggesting they will be cited for violating cannabis advertising restrictions imposed as part of Initiative 502, which legalized the recreational consumption of marijuana. The restrictions prevent “any sign or other advertisement” for a cannabis business within 1,000 feet of a school, playground, library or public park.