How to Make a Joint Burn Slower and Last Longer

How to Make a Joint Burn Slower and Last Longer 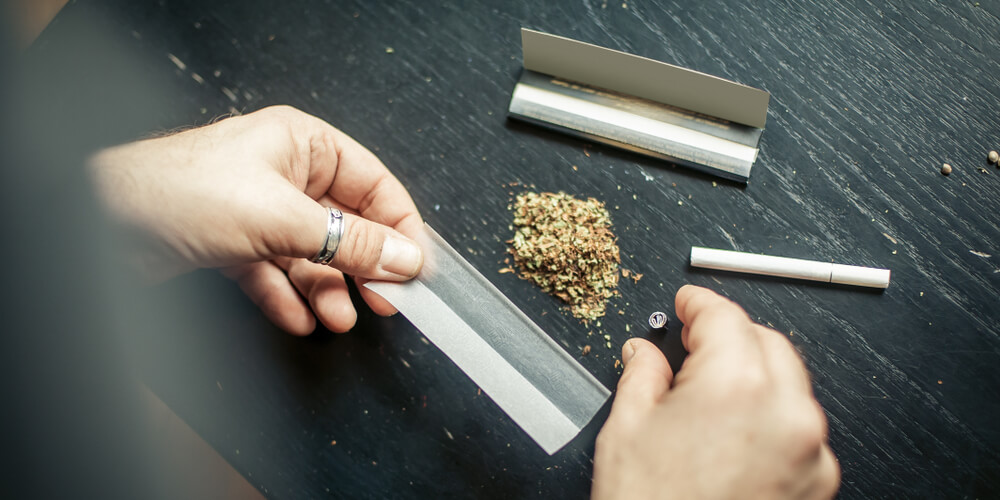 Most cannabis connoisseurs will agree that there is something magical about a perfectly rolled joint that is both smooth burning and long lasting.

Unfortunately, not all cannabis users have the seemingly magical ability to produce a perfect joint and thus, they are forced to accept the fact that their joints often burn faster than they would like.

Fortunately, with a little knowledge, a little experimentation and, a little care, you too can become one of those stoners who rolls seemingly magical, everlasting, joints!

To roll a joint, you first must have rolling papers and having the right rolling paper is the first step to rolling a slow-burning joint. However, there are so many different brands of rolling papers made from so many different materials on the market today that choosing a single brand and type from among the many can be confusing. Cannabis users can choose papers made from corn husks, rice, hemp, and even transparent cellulose and each type has advantages and disadvantages over the other.

Rice papers tend to be very popular even though they are thinner and more fragile than corn husk rolling papers.

Because they are thinner, many joint rollers feel that they are easier to roll with because you can feel what is going on between your fingers. Thin rolling papers enable them to roll a tighter, more even, joint.

Next, we have hemp papers which can be thick like corn husk papers or thin like rice papers. Because they are made from hemp, many cannabis cprefer them over all other types of rolling papers.

Then, there are transparent rolling papers which are made from vegetable cellulose and although they have never really caught on, some cannabis smokers prefer them because they allow smokers to see the cannabis inside of their joint as well as the smoke as it passes through the joint. However, like corn husk papers, transparent rolling papers tend to be a bit on the thick side and thus, they can be somewhat difficult to roll with. However, they do burn well.

But, regardless of what type of rolling paper you choose, the first step to rolling a slow-burning joint is to choose a slow burning paper. 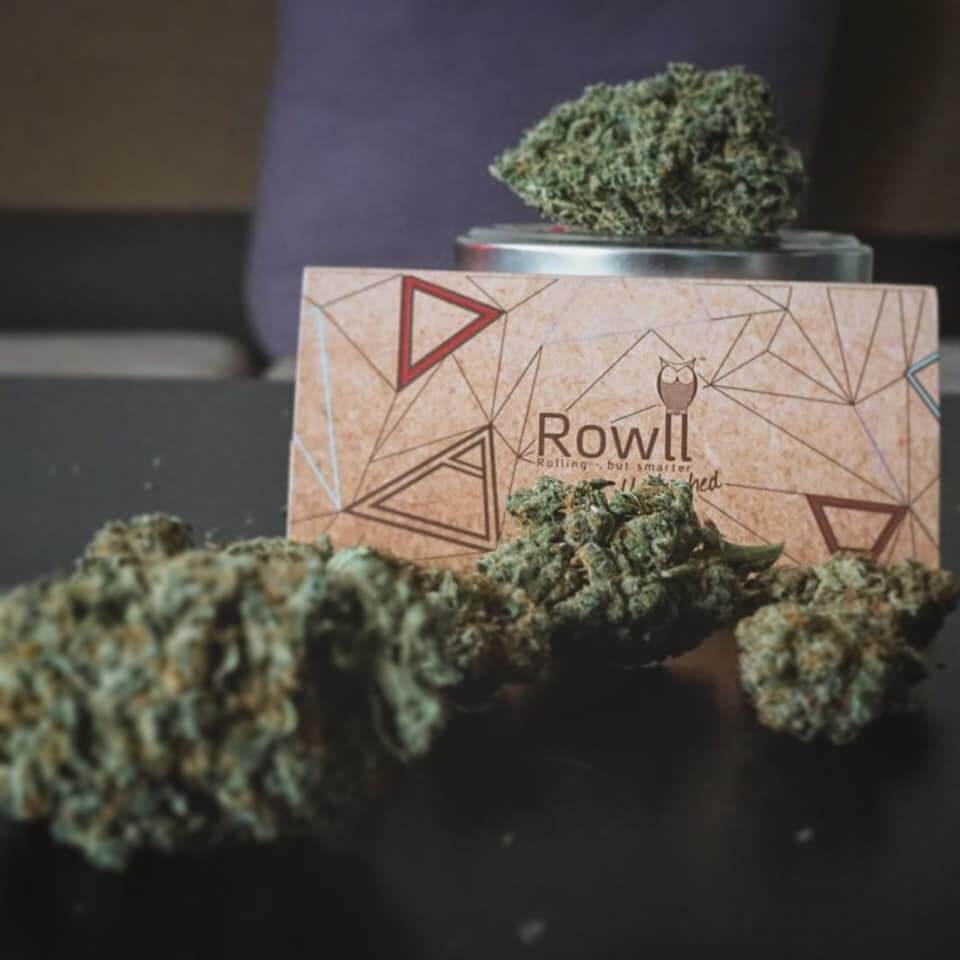 However, some brands have gained a loyal following such as Raw, Rowll, Zig Zag, Elements, Hempire, Pure Hemp, Zen, DLX,  and Bambu; all of which occupy shelves alongside some of the less popular brands such as EZ Wider, Joker, and JOB.

Also, you should also be aware that many rolling paper manufacturers produce several different sub-brands and thus, you will need to be specific in what you select. For instance, Zig Zag has their famous single-wide paper in the white pack, the also famous Cut Corners, the ever popular 1 1/4 wide in the orange pack, the King Size and, both 1 1/4 wide and 1 1/2 wide ultra-thin papers. However, if you have a feel for it, both Ziz-Zag single-wide rice papers in the white pack and Elements single-wide rice papers along with Hempire single-wide hemp papers are all coinsuring favorites because all are very thin and yet, they also burn both evenly and slowly.

On the other hand, you should avoid purchasing economy rolling paper brands such as TOP and Bugler since rolling a joint with one of these inexpensive rolling papers is akin to rolling with a piece of newspaper, and they seldom burn slowly or evenly.

Step Three: Control The Moisture Content Of Your Cannabis 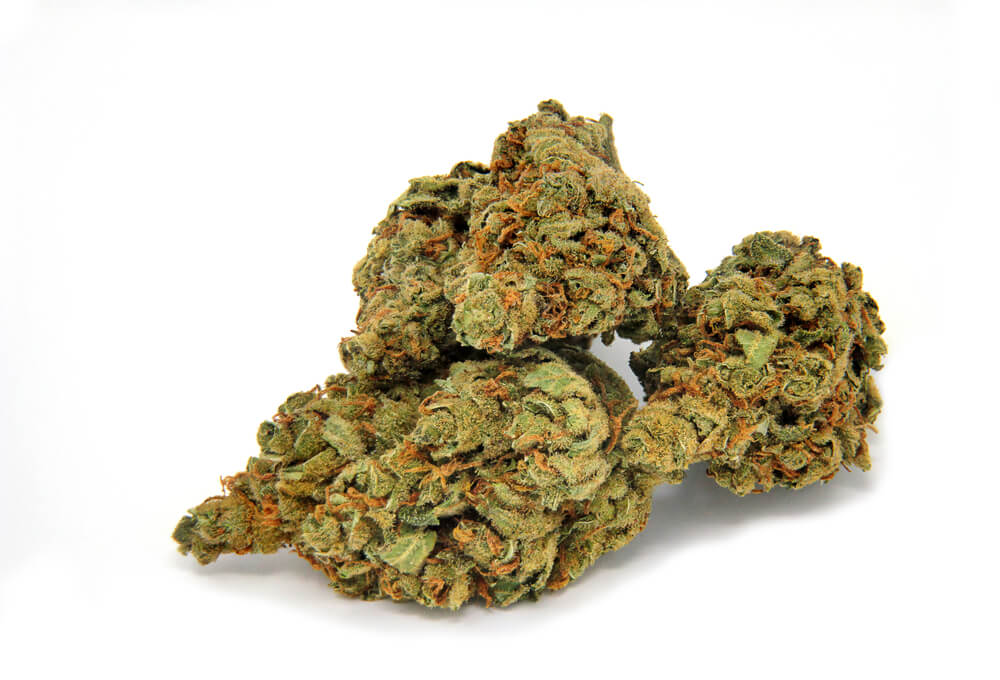 Now that you are aware of the many different types of rolling papers, let’s examine the other side of how to roll a long-lasting joint which is the amount of moisture that your cannabis contains.

Anyone who has grown cannabis is well aware that it contains a significant amount of water when it’s first harvested and thus, that water must be evaporated before the buds can be smoked. Then, to bring out the pleasant aroma and taste that some strains exhibit, the buds have to be “cured” to allow the chlorophyll to dissipate. Thus, depending on the amount of time spent drying and curing, cannabis can range from slightly moist to dry as a desert.

But, the more moisture your cannabis contains, the slower it will burn and, the less moisture it contains, the faster it will burn regardless of how tight you roll it. Therefore, using cannabis with the right moisture content is another key to rolling a slow-burning joint. Consequently, if your cannabis is too moist, then it can be dried by exposing it to the air in an air-conditioned room or even by placing it in your refrigerator or a dehydrator.

On the other hand, if your cannabis is too dry, it can be moistened by placing it in a sealed container with a such as those sold by tobacco shops although, sprinkling a few drops of water in the container will serve the same purpose. 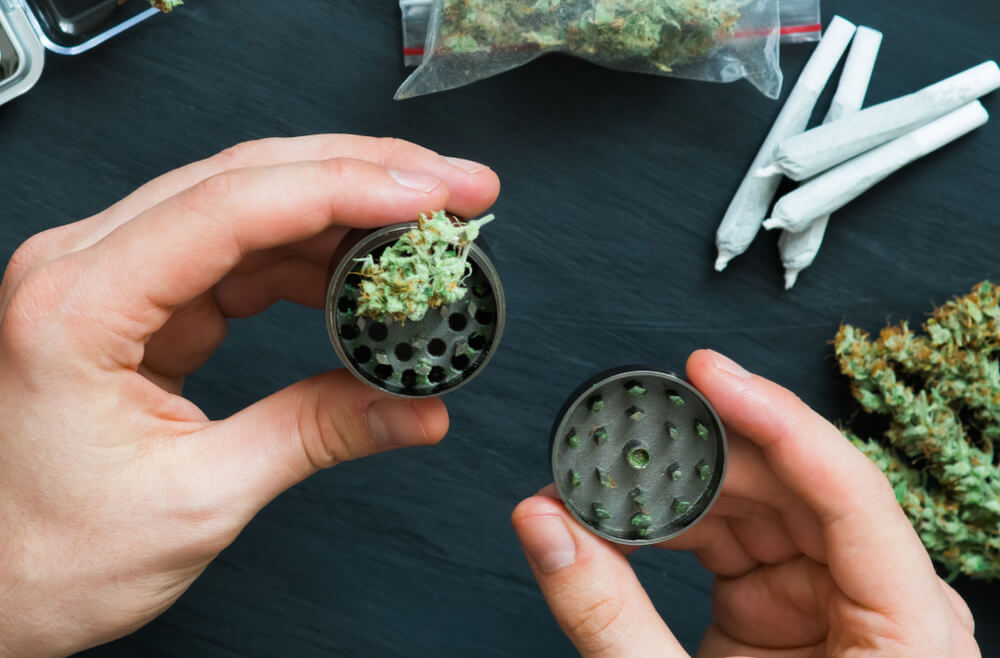 Although the age-old method of preparing cannabis buds for rolling is to break them up with your fingers or to cut them up with a pair of scissors, neither of these methods provides the optimum consistency for producing a slow-burning joint. Thus, cannabis accessory manufacturers have addressed this issue by producing small herb grinders. So, by using one of these small herb grinders, you can easily produce pot that is perfect consistency for rolling a slow-burning joint.

However, this raises the issue of just how fine to grind your cannabis in order to achieve the optimum result. For instance, the larger the particles of pot in your joint are, the slower, but less evenly, they will burn. Conversely, the finer they are, the faster but more evenly they will burn. But, because cannabis requires oxygen to burn, small particles can be packed more tightly together which limits the air flow through the joint which, in turn, causes it to burn more slowly.

So, remember that in order to roll that magical, everlasting, joint there are several steps that you need to take and, the first step is to choose a high-quality rolling paper with a reputation for a slow, even, burn.

Next, you need to make certain that your cannabis has the proper level of hydration and, if not, then you need to adjust its moisture content by either drying it further or hydrating it.

In addition, your pot must have the proper consistency in order to burn evenly and slowly and thus, grinding your pot instead of breaking it up with your fingers or cutting it up with scissors is the final key to rolling a magical, slow-burning, joint.

Last but not least, don’t forget to roll your joints tightly since a tight joint will always burn slower than a loose joint. However, it is also important that you not roll them so tightly.

If you take the time to follow all of these steps, then your joints will not only burn more evenly, they will last significantly longer!