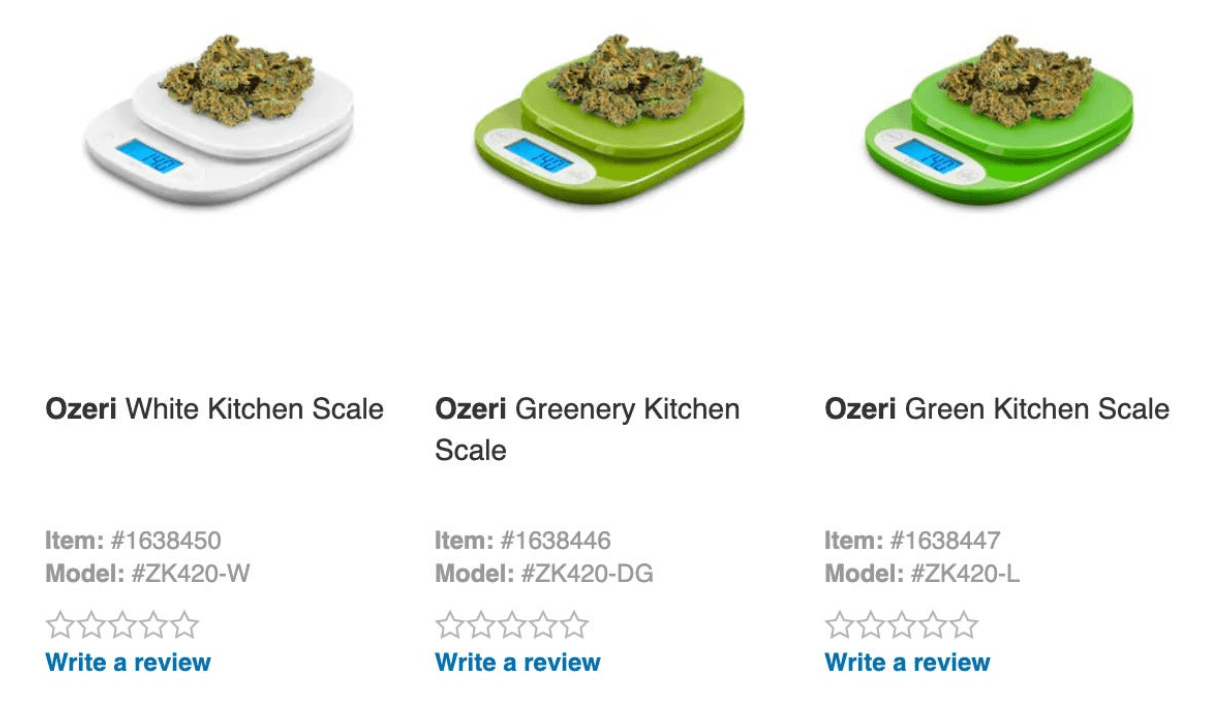 Lowe’s is famous for selling household needs — including scales that you can use to weigh your weed.

On Wednesday, this Reddit post went viral as users chimed in to comment on the photo’s likeness to marijuana. “Does the weed come with the scale?” one user wrote. “Want me to put weed on the scale so it gets more clicks?” joked another.

Others suggested that the mystery herb could be kale or dried kale chips, though even they seemed skeptical.

“It’s just kale chips, but I’m almost certain the person editing the images for this product intentionally made it look like marijuana,” wrote one user. “Because I have never seen Kale chips that had that much brown color on them.”

Regardless, the official name of the appliance —the Ozeri 420 Kitchen Garden Scale — has some scratching their heads.

On Wednesday night, thumbnail images of the scale were still on the Lowe’s website, though clicking directly on the product redirected to an error page. By Thursday morning, the scales had been removed completely from the website.

Ozeri, which describes itself as “a specialty manufacturer of lifestyle products for the modern home,” is a popular appliance supplier for several retailers, including Amazon and Macy’s. As of Thursday morning, links to the product on Amazon redirect to a 404 page, the same thing happens when you want to check out the item in the Macy’s shop.