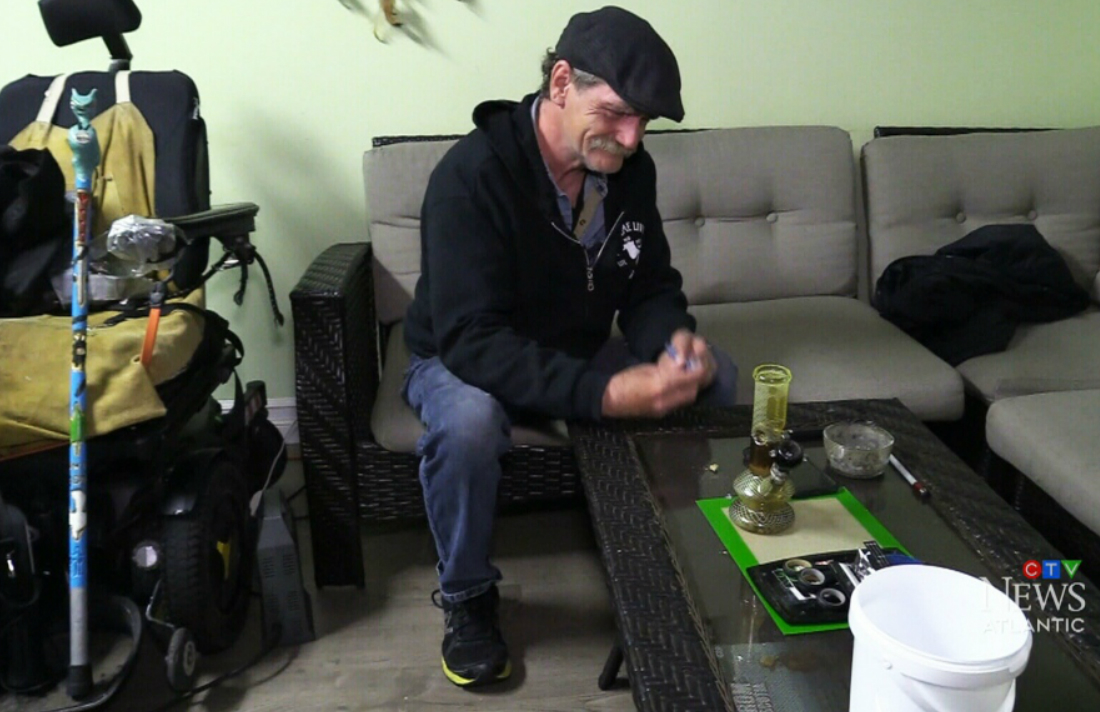 A Dartmouth, N.S., man with a physical disability is fighting for the right to smoke medicinal pot in a smoke-free apartment, as he takes his battle to the Nova Scotia Supreme Court.

Philip Bennett, 57, was evicted from his apartment on Friday after losing several legal challenges at the provincial Residential Tenancies Board and small claims court.

That night, he slept in his motorized wheelchair out in the woods, which was made worse by the fact it was raining.

“I had to cut a garbage bag to put it over my head,” he told CTV News Atlantic.

Bennett has since taken up temporary residence at a motel, after receiving money from members of the Dartmouth’s medical cannabis community.