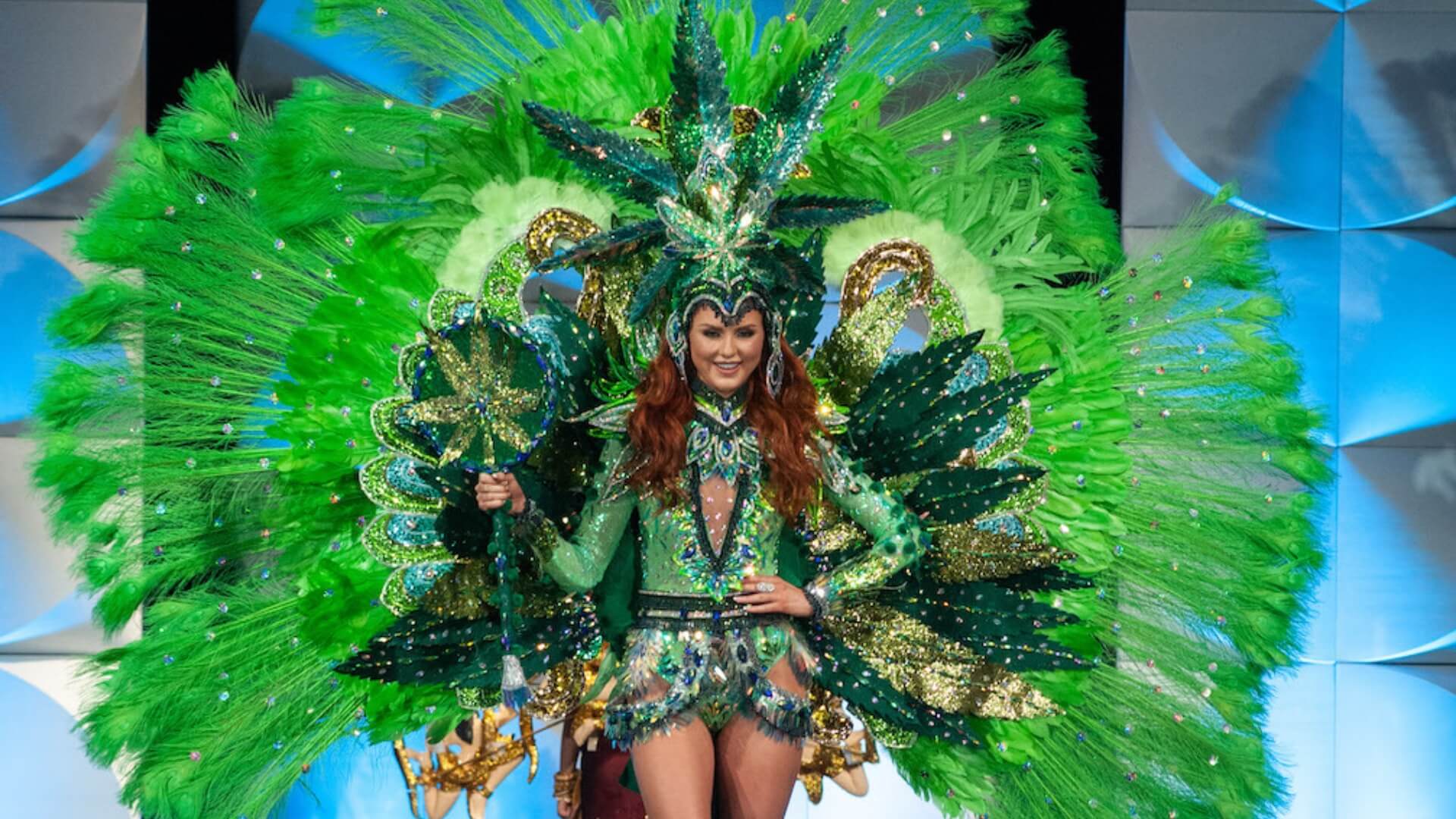 Beauty pageants aren’t a topic we’d usually cover, but this one definitely caught our attention.

This year’s Miss Universe pageant has the entire cannabis world talking because of some very unexpected marijuana activism.

Canada’s entry to the contest, Alyssa Boston, used her time at the annual Miss Universe costume competition to celebrate her home country’s cannabis legalization and speak up for weed lovers all over the world.

Boston, who was crowned Miss Canada in August, walked on stage in a gigantic weed leaf costume, sparkling from top to bottom.

“This sparkly green costume represents the legalization of cannabis for medical purposes,” the announcer explained during Boston’s time on the runway.

“This contestant wants to end the stigma that’s been around since 1920. If you’ve got the need, you can grab legal weed with Canada.”

Unfortunately, Miss Canada didn’t take home the Miss Universe tiara, but she is now at the forefront of cannabis activism and made a huge step in bringing weed to the mainstream.

In an Instagram post explaining her dress, Boston said that she wanted to decrease the stigma around weed and raise awareness of the need for continued medical cannabis research.

She said her dress was inspired by Canada’s legalization of weed, both medical and recreational, “but most importantly, to end the stigma globally in hopes to spark more research for medicinal purposes.”

“It’s a little different for a beauty queen to talk about cannabis,” she told the Windsor Star in an interview before the competition.

“It’s something that we’re very proud of here in Canada. It’s a brand new industry, and there’s a lot of potential that we see in the future.”