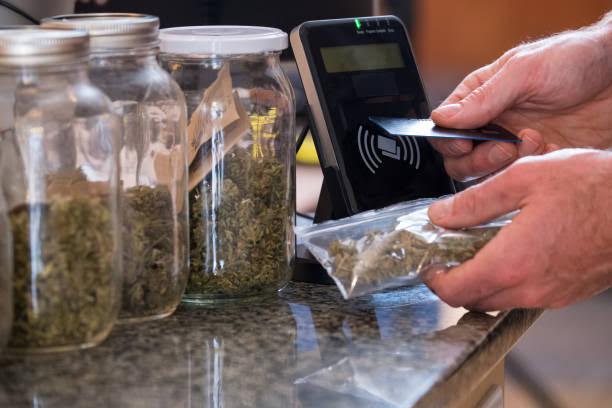 CANNABIS CULTURE – There are a lot of questions, but not a lot of answers on how social equity applicants in New York State will get funding for their adult-use businesses.
“It seems like you have to have a lot of money to make this happen,” said Justin Losh, founder of Brooklyn-based Counter Real Estate. “I’ve heard there’s going to be grants that streamline application process, but there’s zero information on that right now.”
Losh is assisting a friend who is applying as a social equity applicant to open an adult-use storefront in New York City. “We’re getting estimates anywhere from, on the low end $10,000, to the high end $250,000 plus equity in the company. And this has nothing to do with the actual business, this is just the representation to ‘win’ the license.”
“I have heard in a few presentations by sponsoring legislators that there will be grants available social and economic equity applicants, but we don’t know the specifics of that yet,” says Simon Malinowski, the managing attorney at Harris Bricken’s New York City office.
Malinowski says, “You kind of have to look at the overarching goal and languages in the statute, and that’s the goal of prohibiting monopolistic behaviors and incentivizing anti-competitive behavior, and really giving as many people as possible the opportunity to obtain licenses, particularly social and economic equity applicants.”
The state still hasn’t nominated an executive director for the Cannabis Control Board (CCB), a decision which Malinowski expects to by the end of June if this year. “Everyone is very eager to be at the front of the line, but the reality is that right now there isn’t a line,” Malinowski says.
Four additional board members will be formed a month after appointment of the executive director. “We’re looking at a situation where the governing and rulemaking bodies are in place by the end of the summer,” says Malinowski. The two most important things for an applicant, according to Malinowski, are choosing the type of license they want and the geographic area they’re set to operate in.
“It’s great what New York is doing, in terms of creating these opportunities for social equity applicants. But I think the state also recognizes that you have to allow for these folks to get financed,” says Justin Singer, a partner at New-York based Feurstein Kulick LLP. “And while the state is setting up a fund that social equity applicants will be able to access, that might not be enough at the end of the day.”
“As soon as you have a license fee or an application fee that’s a million dollars, you’re basically immediately undercutting one of the primary goals of the legislation,” says Malinowski. “Because there are just not that many people who have a million dollars that they can throw at an application fee separate and apart from operating costs, getting started, and getting into a lease or purchasing a property that you’re going to be operating in.”
“All that work can start now, and it needs to start now,” says Singer. “With each incremental step of progress towards getting this program off the ground, more and more people are coming off the sidelines, more and more phone calls are being made to local municipalities and landlords and you need to get out ahead of that now before these folks are getting inundated with phone calls.”
“From what we’ve heard, they’re going to want you to have your real estate before you get the license,” says Losh. “But, I don’t know where we can get real estate, because we don’t know the rules.”
In a post on Harris Bricken’s blog, Malinowski wrote that Federally insured banks cannot currently lend to cannabis businesses and it could be complicated for applicants who are looking to rent spaces.
Another issue is reserving space, since landlords are eager to lease properties immediately. “This happens with real estate and liquor licenses,” says Losh. “Applicants for bars will ask for a contingency where they say, ‘Okay, I’m signing this lease, I’m paying you the deposit. But if I do not get a liquor license, within this amount of time, I’m able to walk’.”
Malinowski says the CCB will be able to answer practical questions like what the license fees are, whether or not specific fees are going to be charged for different license types, whether or not those fees will be waived for social and economic equity applicants. “All of that is going to come out as part of the rules and regulation issuances. And we just simply don’t have it yet.”
“All of this creates a very risky scenario for anyone going into the business and a very costly one,” says Losh. “Because all of these things will have to be mitigated with money.”
“We’ll see what happens in practice,” says Malinowski, “But it’s very clear that the sponsors of this legislation, the legislature as a whole really wants the social and economic equity program to succeed.”