Poo Traces Found In Most Cannabis Sold On Madrid Streets

Poo Traces Found In Most Cannabis Sold On Madrid Streets 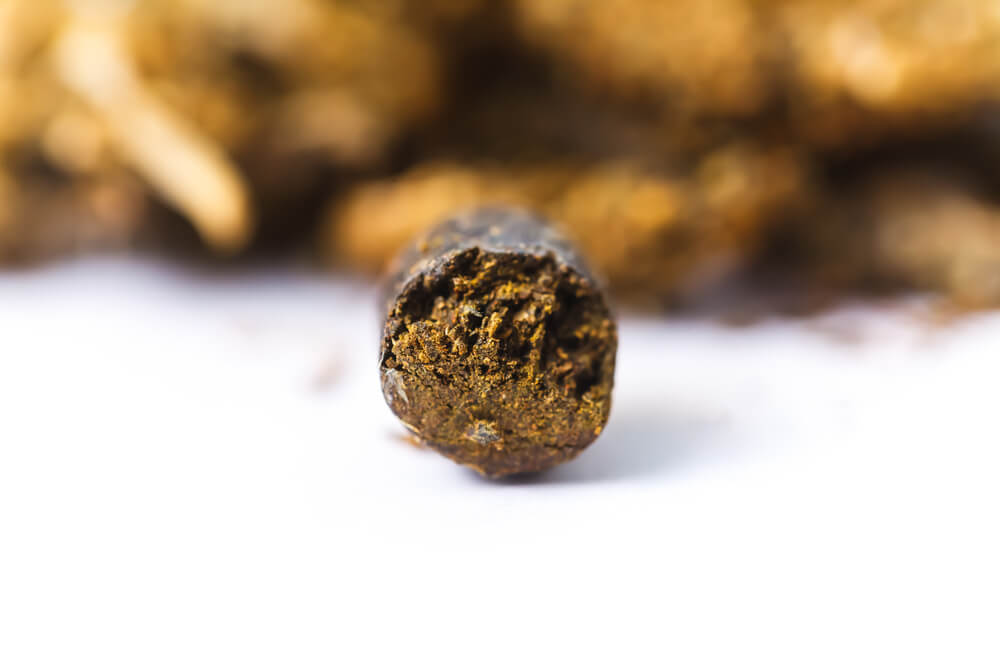 Last year, traces of feces had been found on every single McDonald’s touchscreen swabbed in an investigation by metro.co.uk. Now, the cannabis industry in Spain is facing a similar problem.

As reported by The Local, the first scientific study of cannabis resin sold on the streets of Madrid reveals that the vast majority contains traces of bacteria from human feces, and poses a severe health risk to those who smoke it.

Overall, our results showed that most (88.3 percent) of the hashish samples were not suitable for consumption. Hence, illegal street vending of hashish constitutes a public health issue,

concluded the study reported in the journal Forensic Science International.

The forensic study of 90 samples of cannabis resin sourced from dealers on the street in different neighborhoods across Madrid, from Majadonda to Alcobendas, was conducted by a team at Complutense University.

Manuel Pérez Moreno, a pharmacist at the Faculty of Veterinary Medicine and co-author of the study, was the one tasked with sourcing the product for testing. He explained that when buying from dealers off the street, the drug typically came in two forms: acorns and ingots.

Although foreign elements were found in both, with regards to microbiological contamination, 93 percent of the acorns were contaminated with E. coli compared with 29.4 percent of the ingots.

Escherichia coli (E. coli) bacteria typically live in the intestines of healthy people and animals. Most varieties of E. coli are harmless or cause relatively short spell of diarrhea.

But a few particularly nasty strains, such as E. coli O157:H7, can cause severe abdominal cramps, bloody diarrhea, and vomiting.

Moreover, the study found that 10 percent of samples contained aspergillus, a type of mold that is usually harmless but can trigger severe infections if those with weakened immune systems, underlying lung disease or asthma, inhale their spores.

Perez told El Pais that the contamination was due to how the drug was smuggled into Spain: the resin is rolled into small balls (acorns), wrapped in cellophane and ingested.

Once they arrive in Spain, they take laxatives to expel the acorns. And that’s what goes on sale,

said the pharmacist who added that 40 percent of the sample acorns smelled of feces.

The problem comes not just with inhalation but preparing the drug to smoke it, he said.

Hashish is being manipulated in the hands constantly. The filters of the joints are hollow. Not only do you suck the smoke, you also suck particles,

Current laws in Spain prohibit the sale and cultivation of cannabis and restricts consumption and possession to private spaces – which loosely means the drug can be consumed at one of the many private cannabis clubs that have been opened during the last decade.

Almost a third (31 percent) of the Spanish population aged 15 to 64 admits to having used cannabis at some time in their lives, according to a recent report from the Ministry of Health.

But a growing number of people are turning to the drug for therapeutic reasons, and the findings of this latest study reveal the dangers that buying off the street poses for them.

In recent years there has been an increase in the number of people with cancer who smoke cannabis with the intention of reducing the side effects of chemotherapy. These patients have weakened immune systems, so an infection caused by the consumption of contaminated or adulterated hashish could be fatal,

The report concludes that the average amount of fecal bacteria in each gram of resin is 500 times higher than the maximum limit set by the US legislation for marijuana or by the European regulation for fruit and tea.