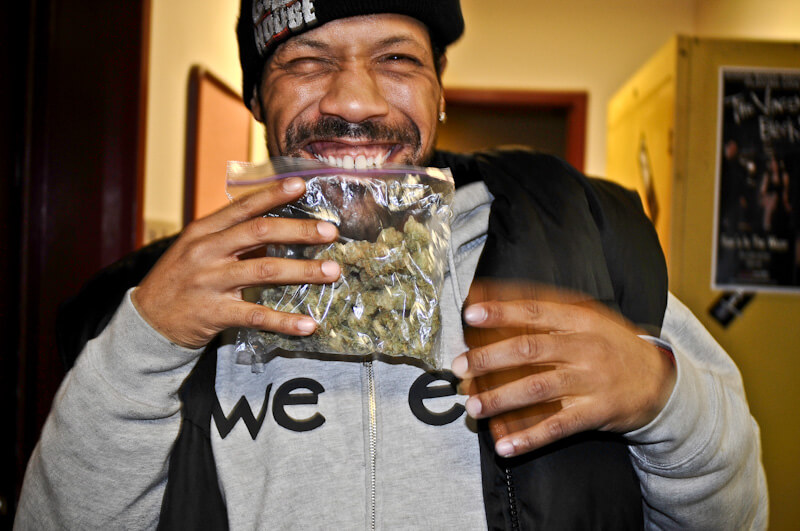 We all know Redman loves to get lit, and it seems he loves it so much that he keeps souvenirs.

In a recent Twitter post, Redman showed off a few bags of weed his mom found, stating they were at least 20 years old.

Redman’s mother chimes in and lets the viewers know she doesn’t want to be included, but then mentions they are going to sell the bud on eBay.

Redman then focuses in on one bag and says it’s an official Branson bag and shouts out Biggie, Lil Cease, Noreaga, Cam’ron and The Lox.