Shame On You, CSU 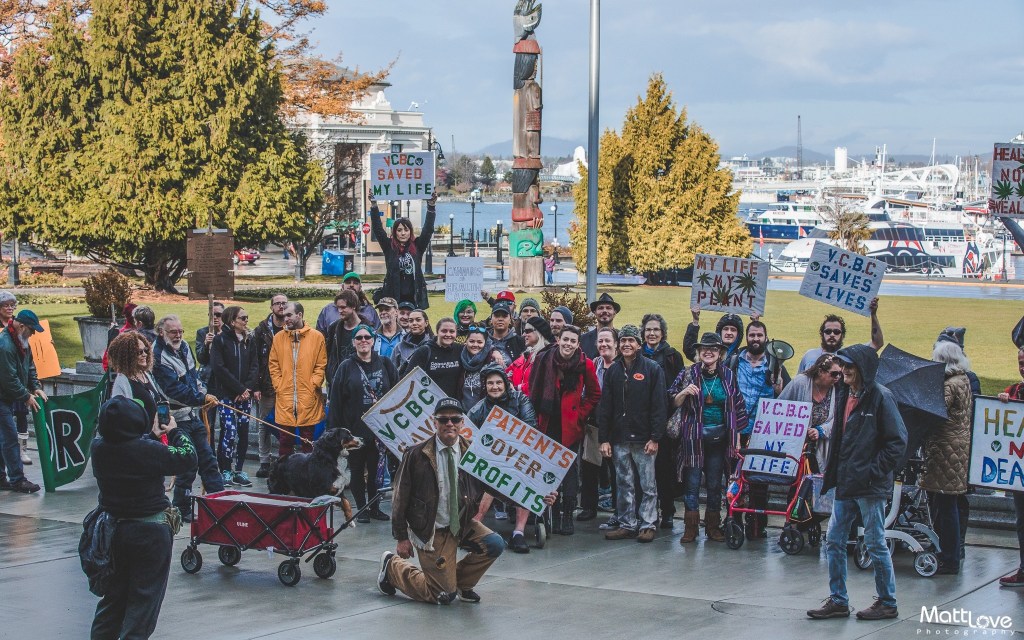 CANNABIS CULTURE  – The Victoria Cannabis Buyer’s Club (VCBC) has secured a new three-year lease on their location, but Victoria Police’s “Community Safety Unit” has now threatened to sue the landlord if the VCBC remains.
This is the latest attack in a brutal history of bully behavior by Health Canada, Provincial and Civic levels of government.
And for what? The VCBC is a compassion club – a vital resource center for marginalized people to secure safe access to plant medicine.
The Club had previously sent a letter to the CSU arguing that as a compassion club they are exempt from enforcement and provide a much-needed service  the community. They received a letter back from the CSU stating that under the Canadian Cannabis Act the VCBC is considered an unlicensed recreational store and must be shut down under Federal regulation.
“We are a community that creates a safe space for patients to come and explore the reality of cannabis with other patients and staff”, says Nikki Jackson, Spokesperson and Patient of the VCBC.
“We talked to many politicians and it does not seem like it goes anywhere, it seems like lots of talk and little action,” says Jackson.
Ted Smith, Founder of the Club, had a meeting with member of House of Commons Murray Rankin last Friday and said convincing the rest of the Cabinet was the focus of the conversation.
“Murray is supportive and aware of the problem, but the rest of the Cabinet is not ready or willing to take this cause,” Smith says.
The next step for VCBC will be addressing other members of the Cabinet and the BC Premier John Horgan. They intend to record videos to share patients’ stories online and with the Premier to convince him to have a meeting with the Club.
Minister of Agriculture, Lana Popham, is also on the list of politicians to be reached. She attended a meeting and symposium the VCBC organized at a synagogue in 2016 and has shown to be generally supportive of the Buyers’ Club.
They are further planning to put an equal amount of effort to reach the federal NDP Party to expand the Club’s visibility and solve the issue with the CSU.