THC Slushies, Pirate Radio and the Cannabis-Driven Boom in a Mohawk Community

THC Slushies, Pirate Radio and the Cannabis-Driven Boom in a Mohawk Community 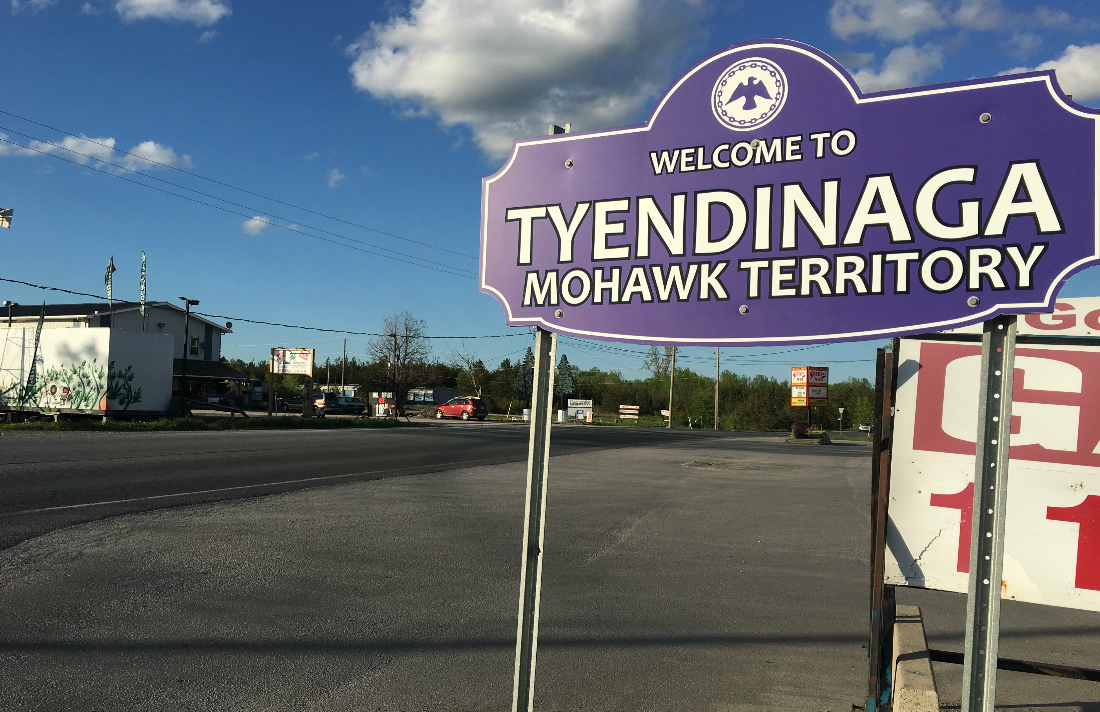 Renovation and construction dot Tyendinaga Mohawk Territory in Ontario, much of it fuelled by marijuana.

A second ad then promotes a “car show for Jeeps” in the parking lot of the Pot Shoppe every Tuesday night.

“Don’t forget, we have free coffee for the driver and our famous Pot Shoppe slushies at half-price for the passenger,” the ad says. “THC-infused slushies — just a little more brain freeze.”

The transmission tower for the station — Real Peoples Radio — stands over a small shack that was once the second cannabis store to open in Tyendinaga Mohawk Territory, located about 200 kilometres east of Toronto. That shack is now the broadcasting studio for a pirate radio station that lives on the edge of the radio dial, and also streams online.