‘The Tribe Has Taken Over’: The Native Americans Running Las Vegas’s Only Cannabis Lounge

‘The Tribe Has Taken Over’: The Native Americans Running Las Vegas’s Only Cannabis Lounge 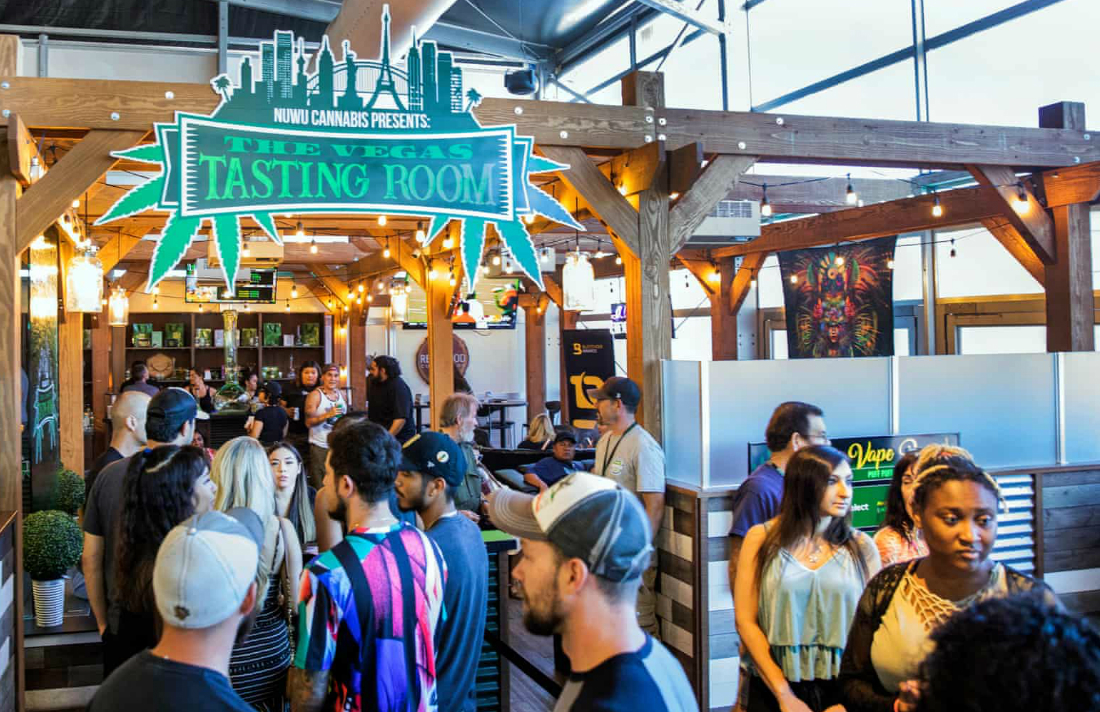 Acouple seated at a high-top table smoked a joint, while six tourists in a circular booth nearby drank THC-infused beer and reviewed the flower menu. It was the morning of the Southern Paiute’s traditional hunt, when tribal youth learn to shoot and harvest mule deer as adult “providers”, but Benny Tso, 43, was stuck in the Las Vegas Paiute’s new cannabis tasting room, taking meetings and making calls.

The Tudinu, or “desert people”, from whom the Las Vegas Paiute descend, have lived in southern Nevada for more than 1,000 years, spending summers in the mountains and winters by a valley spring until the area was taken over by white settlers. They worked as ranch hands for several decades, and in 1970, the Las Vegas Paiutes became recognized as a sovereign nation, after which they launched several businesses.

In 2017, they opened the NuWu Cannabis Marketplace, a glass-walled, big box structure that half resembles a car dealership. NuWu – which means “the people” in Southern Paiute – sits on the tribe’s “colony” one mile away from the neon-lit Fremont Street Experience.