These Were the Biggest Weed Moments of the Decade

These Were the Biggest Weed Moments of the Decade 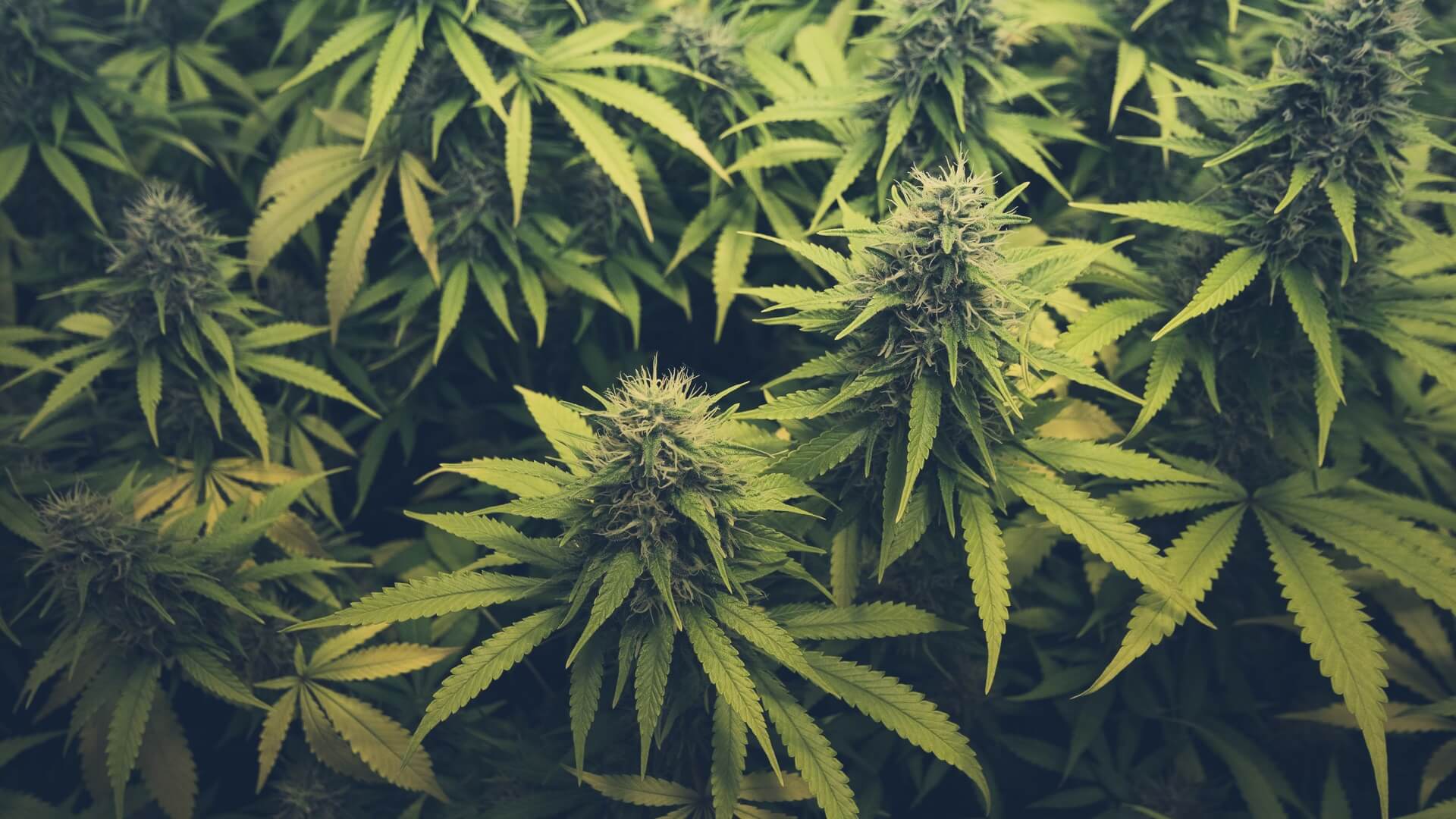 2019 is almost over, and with it, the second decade of the 2000s also draws to a close. We took the opportunity to look back at the biggest weed moments of the decade. Some funny, some sad, and others just downright groundbreaking. All of them are united by a common theme — they had a major impact on cannabis culture in the last ten years.

In December 2013, Uruguay became a beacon of common-sense drug reform and gave people a reason to forget about Argentina for at least a few minutes.

Legalizing marijuana didn’t make Uruguay a cannabis Valhalla though – weed is only legally sold in pharmacies and in short supply with relatively low THC (around 15% tops), but let’s give credit where credit’s due.

What if Colorado was an entire country, and you took out the gun violence and gave everybody universal health care?

Never content to let the United States do a single actual thing better than them, in October 2018 Canada became the second country in the world after Uruguay, and the first G7 and G20 nation, to legalize cannabis for cultivation and recreational use.

The reform has not been without some hiccups – extensive regulation has reportedly been disastrous for investors, and the shortage of legal vendors has meant countless Canadian stoners are still turning to the black market. Still, Canadians have figured out beer and hockey — they can work this out.

3.) Marshawn Lynch tries to light a blunt off the Raiders’ stadium torch

If you’re going to close out a stadium or violate the NFL’s substance abuse policy, you’d be hard-pressed to top what running back Marshawn “Beast Mode” Lynch did at the final Raiders game in Oakland last December.

Given the honor of lighting the Al Davis Memorial Torch, Lynch pulled out a blunt and appeared to try to light it off the torch. The blunt didn’t spark, but in that moment, Lynch set our hearts ablaze.

This month, Lynch came out of retirement to return to the Seattle Seahawks – his former team – so he may have another chance to spark up in front of millions.

In the Rocky Mountains and the Pacific Northwest, the dominoes began to fall in 2012.

When Colorado and Washington became the first two states to legalize cannabis for recreational use, it ushered in a revolution in state-wide decriminalization that has seen sweeping marijuana reform across the United States, including full-on legalization in 8 other states.

Arguably if you’ve been Seattle or Eugene, or you had roommates who were Phish fans in college, then you know that Washington and Colorado were already prime states for weed smokers before 2012. Nonetheless, they set a trend that has swept across the country, and it’s hard to see anybody being able to put that genie back into the bong.

Every sports fan of a certain age remembers where they were when they heard that Michael Jordan was retiring.

A similar vibe wafted through the air in the waning days of the decade, when Willie Nelson, the red-headed stranger, legendary outlaw country singer, and tax evader, stated that for health reasons he has decided to stop smoking pot.

For decades Willie has been an icon of marijuana since way back when having hair like that, and a joint on your ear in Texas meant you were asking to get your ass kicked or arrested for two reasons at the same time.

That said, perhaps the keyword here is “smoking.” At a very long 86-years-old, Willie is a survivor. We’re sure he’ll find some way to still get high.

When it premiered in 2005, the premise for ‘Weeds’ was novel and refreshing. A suburban widow played by Mary-Louis Parker decides to sell pot to support her family, and hilarity and some incidental murders ensue.

By the time the Showtime show went off the air in 2012, the premise itself was passe. By then, marijuana was legalized in Washington and Colorado, and four years later, California – where the show took place – would legalize cannabis for recreational use.

Nonetheless, in November, Variety reported that a Weeds sequel is in the works, again starring Parker, we assume selling weed again, in a brave new world that has changed dramatically since the show premiered 15 years ago.

You can run for president and be a regular cannabis user – not that you’ll win, or come anywhere close.

In March 2016, Libertarian Candidate for US President Gary Johnson admitted that he had recently eaten a 20mg THC dose of ‘Cheeba Chews,’ and that while he’s a regular user of edibles, he’s abstaining during his presidential campaign.

Several months later, during an interview on MSNBC, when asked what the US should do about the situation in Aleppo, Syria, Johnson – who was sober – answered simply, “What is Aleppo?”

Surely the high point of the campaign by the former New Mexico governor and one-time CEO of Cannabis Sativa Inc.

8.) Elon Musk and the world’s most expensive blunt

In Elon Musk’s defense, he smokes like a cop.

When comedian turned podcaster and DMT (and cannabis) fan Joe Rogan passed Musk a blunt during an episode of Rogan’s podcast in September 2018, the Tesla and SpaceX CEO examined it like it was a cut of meat he’d never seen before, and then he hit it like he was a youth pastor.

And while it seems like he never actually inhaled, Tesla’s stock still plunged nearly 10% on the day footage of the interview went viral online. Elon’s stunt also led to a multi-million dollar investigation by the US government, which works with SpaceX and, for the most part, is still not that cool when it comes to cannabis.

That’s a lot of money for one (almost) toke.

9.) Tommy Chong on Dancing with the Stars, man

It was ‘Tainted Love’ that took our hero down.

A subpar performance of the 80s classic brought Tommy Chong’s run on ‘Dancing with the Stars’ to come to an end in 2014, but not before the Legendary comedian, actor, and “Cheech and Chong” co-star became the oldest contestant ever to reach the semifinals the contest.

But the highlight of the season was his debut dance when he was driven on stage in a lowrider by his old partner in crime Cheech Marin and danced the cha-cha as the entire stage was lit up in green lights.

Throughout the season, the marijuana icon was graceful and (somehow) looked younger than his 76 years, which is no small thing if you consider how he spent most of the 70s and 80s.

A bad trip on a plane is not for the faint of heart.

Miami Heat shooting guard Dion Waiters found this out the hard way in October 2019, when he had a panic attack on the Heat team plane after he over-served himself on edibles, earning a ten-game suspension in the process.

Waiters’ edible adventure in the sky also brought to mind an infamous column about retail cannabis in Colorado, written by Maureen Dowd of the New York Times. In a classic rookie mistake, Dowd said she ate some cannabis chocolate, and when nothing happened, nibbled some more, and soon enough, she was “curled up in a hallucinatory state for the next eight hours.”

Waiters’ and Dowd’s edible adventures were funny but also good cautionary tales about edibles – which don’t care if you’re a professional athlete or a New York Times columnist.

11.) It won’t stay on your permanent record – President Obama admits to smoking in high school

Did you have a van in high school? Did you take bowling as an elective? Were you stoned in your class photo?

Turns out, that’s not the reason you never became president.

In 2012, an excerpt from the book “Barack Obama: The Story” was published, which detailed Obama’s high school clique of weed heads named the “Choom Gang.” (in 2006, the then-senator admitted that he had smoked weed and actually inhaled it.)

The “inhale to the chief” puns were quick to follow, but the news didn’t hurt Obama’s chances in the 2012 election, even though the book states that “when a joint was making the rounds, he often elbowed his way in, out of turn, shouted ‘Intercepted!,’ and took an extra hit.”

That right there screams “unfit for office,” but Obama redeemed himself a bit in 2018 when he stated in a speech that he and his high school buddies got kicked out of Disneyland for smoking (even if he did insist it was just cigarettes).

12.) The House Committee approves cannabis legalization for the first time

The House Judiciary Committee saved the best hit for last this decade, approving in November 2019 a bill that legalizes marijuana on the federal level.

The Marijuana Opportunity Reinvestment and Expungement (MORE) Act would remove marijuana from the Controlled Substances Act, expunge marijuana convictions, and enact a 5% cannabis tax that would go towards assistance for minority communities – the very ones most harmed by the War on Drugs.

The bill stands a good chance of being passed by the Democrat-controlled House of Representatives, though the Republican-controlled senate could scuttle the whole thing.

Still, MORE definitely made sure this decade ended on a high note.