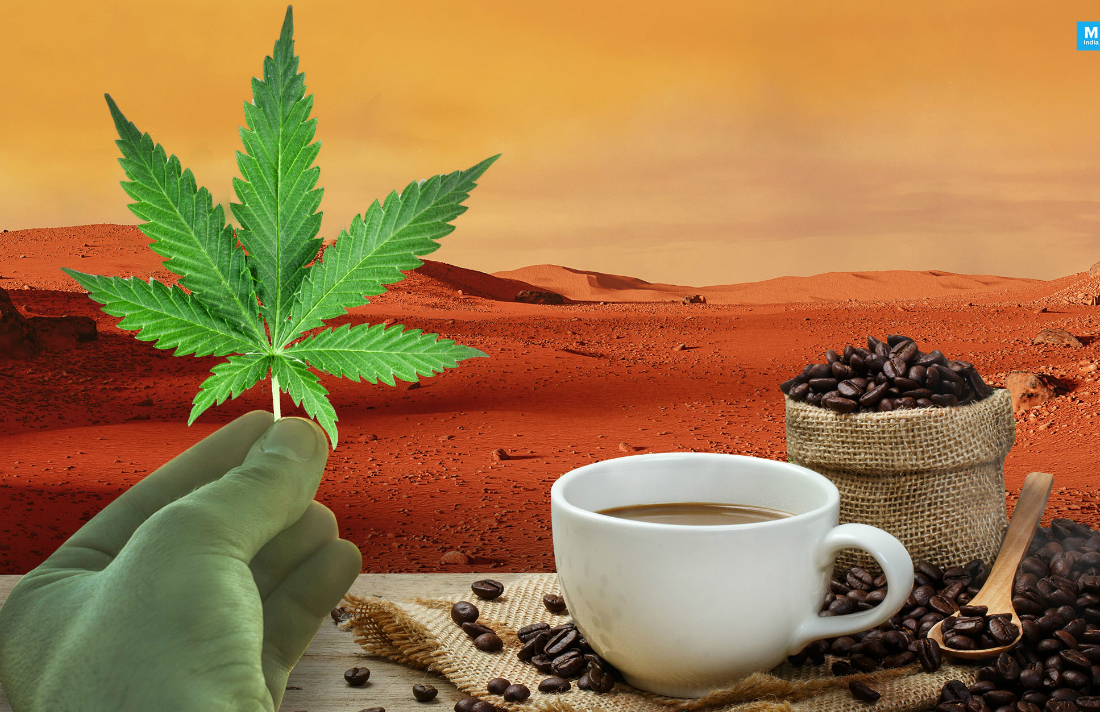 Over the years, astronauts have taken a lot of things to space including that random bodhi tree leaf and stuff they need to cook meals in space. We’ve managed to send some disconnected motifs of civilised human life in space and now, it looks like we’re sending our favourite plants aboard a SpaceX mission in March. A biotech company is planning to send coffee and marijuana to the International Space Station (ISS). The idea is to test if the plants will be genetically modified or could mutate in zero gravity. Well, we all know what that means, ‘Marijuana Coffee’ in space!

Agricultural biotech company Front Range Biosciences has tied up with Space Cells, a tech company and the University of Colorado, Boulder to launch hemp and coffee in a space-bound incubator. Front Range, known for its hemp and coffee varieties wants to send over 480 plant cell cultures into space. The hemp and coffee samples are all set to be launched into space where it will be kept for a month. Once the samples are back on Earth, they will be tested for any changes that might have taken place under stages of microgravity and radiation in space. The experimentation includes monitoring stages of plant growth in zero gravity.

“This is one of the first times anyone is researching the effects of microgravity and spaceflight on hemp and coffee cell cultures. There is science to support the theory that plants in space experience mutations. This is an opportunity to see whether those mutations hold up once brought back to earth and if there are new commercial applications.” – Dr Jonathan Vaught, Front Range CEO (via WestWorld)

– Read the entire article at Mashable.