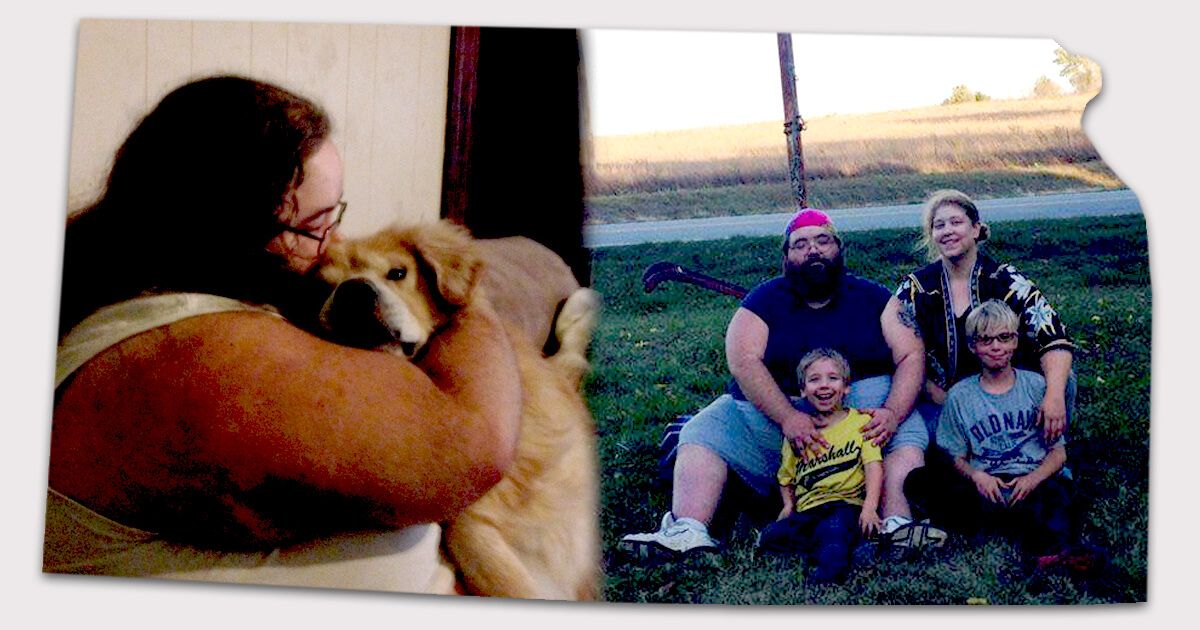 A few weeks ago, a  Kansas couple had police enter their home without a warrant, based on what the police allegedly stated was a complaint from someone that they heard screaming from inside the home.

Jennifer Hess answered the door and explained that no one was screaming, and attempted to close the door. Doug McVay, writing for FreedomLeaf.com reports:

“At that point, they forced the door open. Two of them entered the house, and they demanded I go outside,” Hess tells Freedom Leaf.

On June 14 on Facebook, she wrote: “They said they were getting a search warrant, alleging they had seen drug paraphernalia in the house.”

Police searched the house and found 293 grams (about 10 ounces) of cannabis. Hess and Wilson both had medical conditions and used marijuana for that purpose, she said.

“They made up a reason to come to my door, probably because there was no one we associate with to do a controlled buy.”

Jennifer and her husband Homer were arrested, and the two children, Ashton, 15, and Holden, 11, were put into protective custody.

Two weeks later, with Homer having various medical conditions and being denied his medicine, he died in jail.

On Friday, June 7, according to a press release from Greenwood County Sheriff Heath Samuels, as reported by the Emporia radio station KVOE, “Greenwood County EMS and Eureka Rescue responded to a call that an inmate was experiencing ‘medical issues.’

Prior to EMS’ arrival on the scene, deputies began administering CPR before Homer was taken to Greenwood County Hospital by ambulance. The Sheriff’s Office reports Wilson was later pronounced deceased. Due to this being an in-custody death the investigation into the cause will be handled by the Kansas Bureau of Investigation (KBI).

“He had mitral valve prolapse (a heart condition), hypertension, bipolar disorder and ADHD, and also some issues with his ear. He was not about to die before we went in. He was on several medications, mostly for blood pressure, and on Lithium.”

“We were absolutely using (cannabis) medically,” she said.

Facing criminal charges and having just lost her husband, Jennifer must now also fight to regain custody of her children.

On June 7, I was preparing to bond out and was taken to the interview room and informed by the Sheriff and a KBI agent that my husband had a medical emergency, and he didn’t make it.

They proceeded to ask me questions about his health and habits, then left me in the interview room for about 30 minutes.

Now, I’m separated from my kids and unable to be with them during this difficult time, and facing serious charges all alone. I’d like to know what makes us such a danger to society that my husband deserved to lose his life. (Source.)

You can read the full story here.