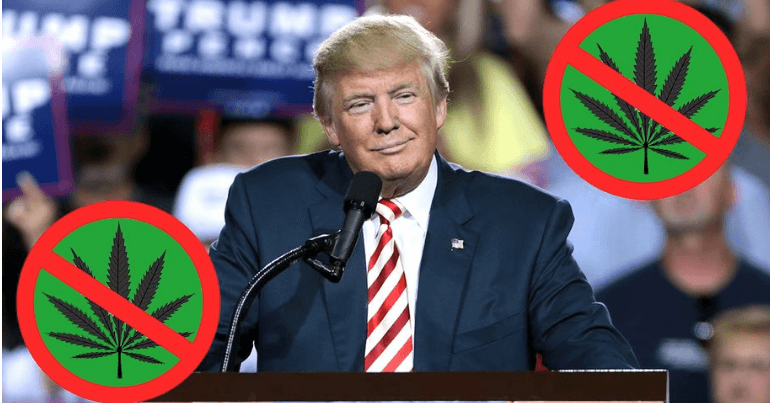 President Donald Trump donated his salary for the second quarter of 2019—$100,000—to support awareness of the dangers of weed.

A few weeks ago, the U.S. Surgeon General Jerome Adams, highlighted the risk to teenagers and pregnant women, primarily, according to the report issued by the nation’s Health and Human Service (HHS) on Aug. 29.

“I, Surgeon General VADM Jerome Adams, am emphasizing the importance of protecting our Nation from the health risks of marijuana use in adolescence and during pregnancy,” the senior official said through the HHS website.

Adams also warned of the increased danger of the plant’s active substance, THC, the content of which has tripled in the marijuana currently available.

Regarding adverse effects in adolescents, he said, “Frequent marijuana use during adolescence is associated with changes in the areas of the brain involved in attention, memory, decision-making, and motivation.”

He also added that chronic use is associated with decreased IQ and school performance, threatening professional and social achievement, as well as life satisfaction. It would also increase absence and dropout rates, as well as suicide attempts.

In addition to the high costs at the personal level, the costs to society are highlighted by the impact on mental health and educational attainment. The risks of addiction and misuse of other harmful substances also increase.

The surgeon general’s advice on the effects of marijuana is the first of its kind since 1982.

This situation is brought on by the increase in marijuana use in recent years as more states have moved to relax recreational substance use laws.

According to the Substance Abuse and Mental Health Services Administration, marijuana is the most commonly used illicit drug among 12- to 17-year-olds and young adults and appears to be associated with the risk of opiate use, excessive alcohol intake, and major depressive episodes, CBS News reported.