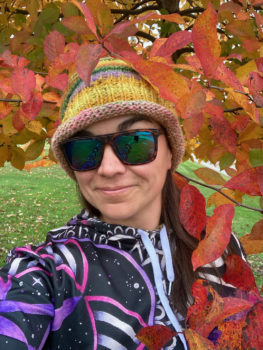 CANNABIS CULTURE – US Army Veteran Holly G. takes psilocybin to help make her combat-related PTSD more manageable. “Knowing that I can eat a mushroom and hit the reset button. It’s not a chemical. It’s not a man made drug. You can go out into the forest and reset until the rainbows come again,” gives her a sense that everything will be okay despite panic attacks, flashbacks, and the struggle to navigate a world outside of a war-zone.

With regulatory progress for psychedelics like psilocybin happening at lightning speed—and publicly-traded company, Numinus, paving the road to the mainstream—naturally-derived products may soon be a more viable option for people like Holly.

Numinus recently announced its completion of the first legal harvest of Psilocybe mushrooms, and this is a groundbreaking step forward. Accepting and legitimizing the substance will make it possible for those who find relief nowhere else, to come out of the shadows and get regular, safe access to the medicine that works for them.

Psychedelic comedian and founder of Hello SciCom, Sara Rose Siskind, takes psilocybin to help with treatment-resistant depression. She convinced her therapist to help her integrate her experiences into practical meaning. Siskind says that with mushrooms, “Suicidal ideation is not there anymore. Depression is not as often, and nowhere near as overwhelming.”

Siskind and Ms. G are not alone in their experimentation. They’re supported by a growing network of people who facilitate mushroom experiences with a goal of helping participants find healing. While some licensed therapists are willing to work with patients who want help with integration, many people currently serving as guides are not professionally-trained.

Some, like Chi Psilocybin of Tripsitters.org, use their own background with the substance to guide others through a safe, relaxing exploration. “I work for the mushrooms, so whatever they ask me to do.”

Others, like Navi G., combine their own knowledge with separate training in subjects like addictions counseling, to assist people as they trip. He is not yet comfortable mixing the two objectives, but his education informs his approach. “They’re allowing themselves to listen to a part they’ve been suppressing. It helps them shed whatever they’ve been hiding from.”

People interested in healing through psilocybin, then, must often rely on their own intuition, or on guides who are not trained in academically or empirically-accepted therapeutic techniques. Bringing research into the fold may optimize the experience, helping people reap the full benefits that psychedelics have to offer.

Though psychedelics have been used therapeutically for centuries, research has repeatedly started and stalled. However, “Over the past ten years or so, we’ve seen more positive studies and mounting scientific literature, which lends greater legitimacy to psychedelic medicine as a whole,” according to researcher and author Lucas Richert.

Progress is complicated, though. “For instance, there’s the existing legal structures in North America, biomedical companies and other commercial interests, and then the public understanding of psychedelic medicines. For a lot of people, psychedelics have been understood as ‘illegal’ and ‘illegitimate.’ [ … ] There are a lot of moving parts.”

Still, the case for use of psychedelics in the treatment of a variety of problems is building, as those moving parts snap together. Numinus is working with top institutions like Johns Hopkins Center for Psychedelic and Consciousness Research and The UK’s Imperial Centre for Psychedelic Research, to “harness best practices that come from research, while also acknowledging the indigenious cultures have been using these plants and techniques for centuries,” according to the company’s medical director, Doctor Devon Christie. 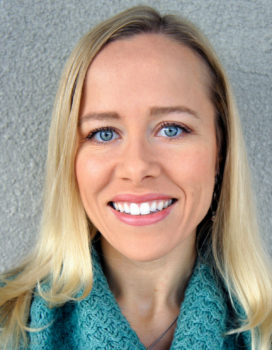 “In all the research protocols there’s careful attention to the context,” including set and setting,

preparation, intention, experience, and integration (where the mystical experience has the chance to integrate into the lived experiences). Christie states that the Numinus objective is  “helping individuals to access their own innate healing process.”

Public understanding and acceptance may also be growing in the general population. Unlimited Sciences has been recruiting participants for its study into the outcomes of psilocybin use in a naturalistic setting only since summer 2020, and it already has more than 2,500 participants.

So far, the mean age of participants is 37, more than two-thirds have at least some college education, and about 40 percent have a bachelor’s or master’s degree. Self exploration is the top reason participants stated for taking mushrooms, and only seven percent cited recreation as their intended purpose.

“That means 93% are using psilocybin for self-exploration, mental health, or therapy. That is very different than typical substance use,” according to Heather Jackson, co-founder of both psychedelic research nonprofit, Unlimited Sciences, and Realm of Caring—an organization dedicated to advocating for compassionate access to cannabis.

In addition to the fact that most people in the study did not use psilocybin as a recreational substance, 12 percent were first-time users. As information about the benefits of mushrooms becomes more mainstream, public interest is bound to keep expanding.

So … What Do Mushrooms Really Do, Anyway?

Sarah Rose Siskind shared what it was like the first time she ever tried mushrooms. “I was just getting over a breakup, and I went over to a friend’s place. We were just going to have a fun afternoon, watch some cartoons or something. But it was like, ‘No. F–k your plans. You’re going to cry for six hours!’ [In the end] I felt dehydrated,”  she laughed.

But, according to Siskind, “It felt so good to cry.” In the end, an often overlooked truth took on a real, emotional meaning for her. “I can’t be everything to everyone.” Many people who take psilocybin experience new profound meanings in statements like this. There becomes a flexibility in identity that was not there before, and those who partake with others often feel deep connections as a manifestation of this fluidity.

Navi G. said, “You upload your consciousness to a higher intelligence.”

According to Dr. Christie, “Psilocybin has been shown to contribute to the trait, openness. It’s been shown that up to a year after a single high dose, people have demonstrated enduring changes in openness and extraversion.” 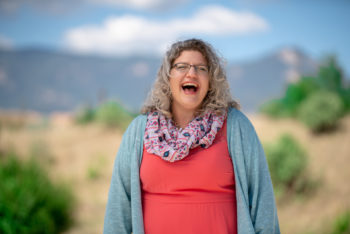 Heather Jackson of Unlimited Sciences and Realm of Caring

She shared a statement by one participant who wrote about an especially meaningful experience. “A flood of unpleasant emotions [ … ] have built up over the years as I always try to bury them and put on my happy face. The emotional dam broke during my session and they all came pouring out. I felt sadness, depression, fear, anxiety, and more all in rapid succession. When it was over, I felt emotional vulnerability that slowly gave way to calm and peace. This was possibly the most therapeutic session that I have ever had”

Some people with knowledge of the field are still a bit skeptical. “Some researchers and commentators have suggested that recent FDA or Health Canada decisions signal a broader shift in the way federal governments perceive psychedelic drugs. [ … ] At this point I’m not convinced of a landmark shift, though, and as a historian I am going to reserve judgment.”

Others are more optimistic about the potential for progress this time around, but concerned about corporations limiting access to plant medicine. “On one hand I’m very happy about the mushrooms because they will get into the system. I have faith that they will do their thing [expand consciousness and create a necessary shift],” Chi Psilocybin says.

However, he would much prefer that production and use be left in the hands of the people. “Just let us grow and gather it. The people [who are]restricting it have caused the problems.”

Still others are hoping that mushrooms are the answer to their search for relief from major, persistent psychological distress. The US Department of Veterans Affairs has already approved complementary therapies like acupuncture, clinical hypnosis, and biofeedback. It endorsed nonprofits like Warrior Beat—an organization dedicated to helping veterans overcome emotions challenges through the community and catharsis of drum circles. Holly G. hopes that someday soon, it will also include psychedelics into its legitimate treatment options.

No matter whose side you’re on, the future looks bright for companies like Numinus, and possibly for the world as a whole. “These substances may hold a very important place in human evolution,” says Christie. “We’re living in an era of a global mental health crisis, and so much of the illness is disconnection from each other and nature “

Psilocybin and other psychedelics remind us of our connectedness with the earth and each other, in a most profound and healing manner. Let’s hope that this time, the evidence is enough to convince the powers that be of the same.