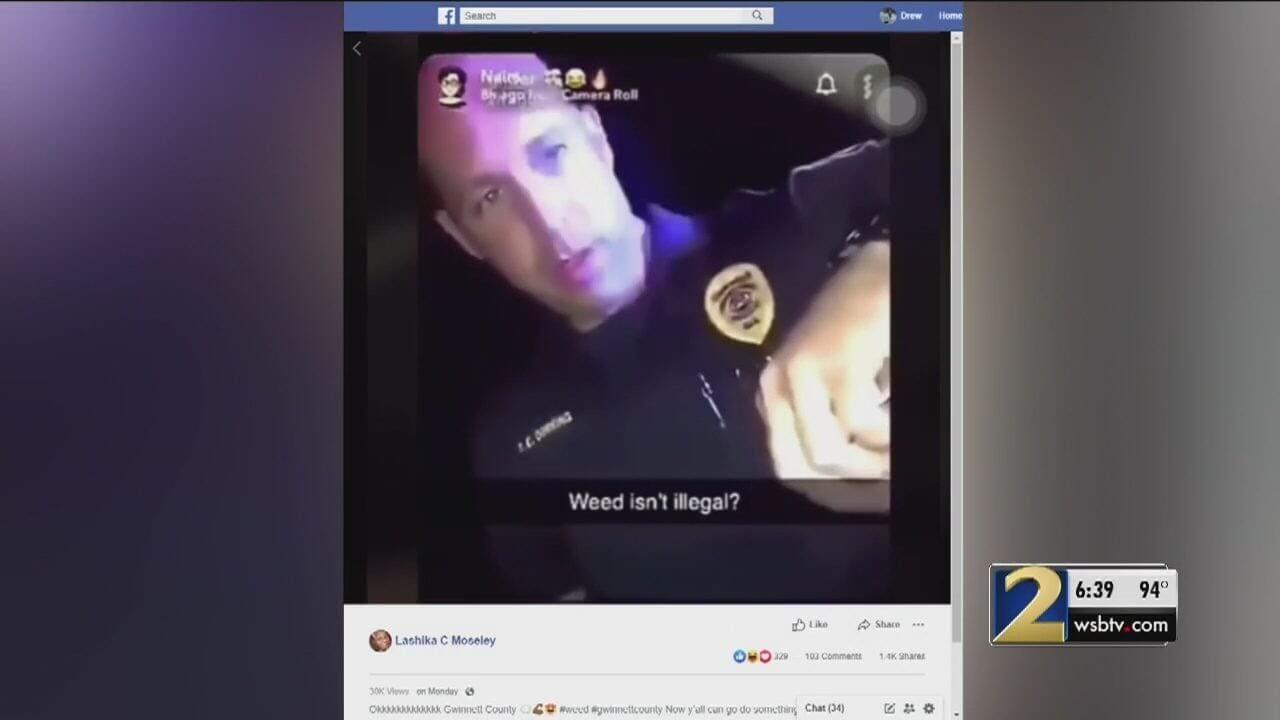 A viral video shared on Facebook shows a Gwinnett County police officer handing a bag of weed back to a driver he pulled over because of new guidelines in the county about marijuana possession.

In the video, an officer tells a driver that the weed he found in the car during a traffic stop is nonprosecutable and hands it back to the driver.

“We cannot seize it, so you are more than welcome to have it back,” the officer says in the video.

In August, Gwinnett County police announced that they will no longer take anyone to jail for small amounts of pot — at least for now. Other counties have also announced similar new guidelines.

The decision comes after a new bill that legalized hemp in Georgia earlier this year. Officials say that there is no legal test in Georgia police can use to tell the difference between illegal marijuana and hemp.

Cpl. Michele Pihera, with Gwinnett County police, said, for now, conversations about how to prosecute small amounts of marijuana are happening on a daily basis — but it might not last.

“At any time, we could get a notification that they are going to start prosecuting these cases,” Pihera said. “We don’t want people to think that something that happens today could be the same thing that happens next week.”

Thomas asked the Georgia Bureau of Investigation about the tests. Police said that while the crime lab is now testing for felony cases, the state is still trying to find protocols that would allow people in the field, like police officers, to do tests.