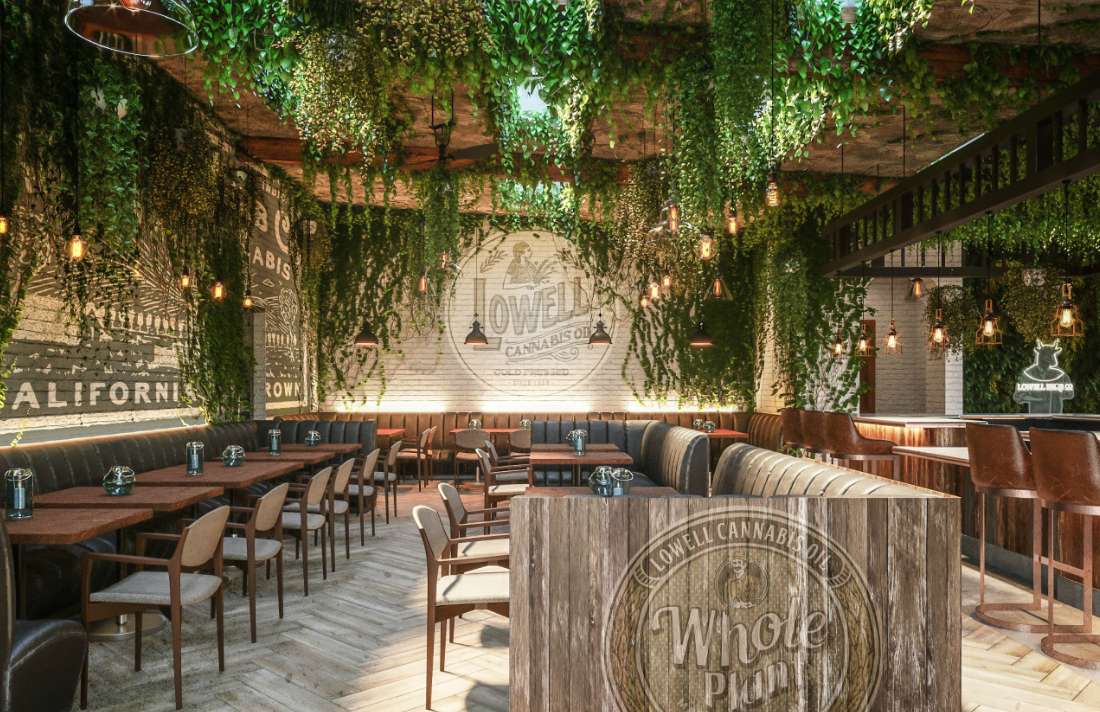 The Lowell Cafe is a new restaurant and bar in West Hollywood that will allow diners to smoke marijuana inside and out thanks to a new license issued by the city. It’s slated to open Oct. 1 and when it does, it will be the first of its kind.

If you’re imagining a giant smoky room filled with bowls of weed, couches and lots of pizza, think again. Imagine instead a functional restaurant with servers, plus a special air-filtration system that sucks up and filters the smoke from people smoking weed, everywhere.

“We have families reaching out wanting to bring their kids or grandparents and high school groups of friends flying from all over the world,” restaurant director Kevin Brady said. “I feel like we’re Disney World.”