Why is Cannabis Still Illegal in the UK?

Why is Cannabis Still Illegal in the UK? 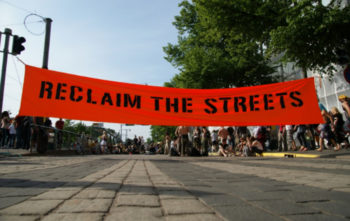 CANNABIS CULTURE – There was a moment in cannabis history where it could be argued that the UK was ahead of the US!

This has nothing to do with the UK supposedly being the world’s largest exporter of medicinal cannabis, this goes way back to 2001 when the London Borough of Lambeth was a test bed for an experiment which allowed the police to focus their attention on something more befitting of their time. Essentially, cannabis was partially decriminalised.

The police said they saved 650 man hours and a mountain of paperwork in the first month, sure they were still stopping teenagers in an effort to warn them of the dangers of drugs, which I thought wise but as a 25 year old man who was fond of his own paperwork, I could see the wider benefits to society. I lived in Brixton at the time and I can’t describe adequately how relaxed the place became literally overnight.

After a couple of months, Brixton had their annual ‘Reclaim the Streets’ festival. It was insane to say the least, mainly because there were plenty of people from all faiths, races and creeds blazing in front of police who in themselves seemed conflicted. It was almost a case of “we want to nick (arrest) you, but our bosses say we’re not allowed to.”

The experiment officially lasted 9 months, but it had a lasting effect on policing attitudes. It was an interesting time, and I don’t just mean in that moment as 3 years later cannabis in the UK got rescheduled from a class B to a class C drug. This meant up to 2 years in prison instead of 5 if caught in possession.

I hoped that this indicated a progressive route to the liberation of the good ‘erb, I’d been spoilt for the first 3 years of my canna-romance with dutch grade goodies and I was hoping that the UK could finally be in a position where quality was held over quantity. I was a forces kid out in Germany, living but a short train journey to the border with the Netherlands so when I came back to the UK in ’96 and saw what was on offer, I cried! It took me years to find trusted sources with the quality I’d gotten used to, before that I was limited to the UK’s black market which at the time was mainly reconstituted hash. A nationwide running joke that linked quality with the amount of supermarket plastic bag fragments you discovered in an eighth can still be heard in the mutterings of the ‘old school’ tokers.

My emotions resurfaced in 2007 because for some reason cannabis got rescheduled back to class B, and the UK was back to square one. The good, we used that time wisely and caught up with the quality of the EU. The bad, we’d gone backwards. The ugly? The police were instructed that a ‘zero tolerance’ approach was effective immediately.

Now this is where I step out of my storyteller hat, and see if my reasoning hat still fits because since then we’ve had a whole load of happenings that separates the approaches of our two governments. We here on our side of the pond look over with envious eyes and a drool stained carpet every time we see what you’re doing, the strains you’re growing but also the shift on focus. America doesn’t look at cannabis as a drug anymore, it’s a commodity. The question is, why isn’t the UK adopting this approach?

The UK and US are historically close, we go way back and have stood shoulder to shoulder on many occasions, especially on the war on drugs. The thing is, your guys started that by allowing Anslinger to push his agenda. We followed by removing cannabis tincture from the UK Pharmacopoeia in 1937 and again by siding with you for the 1961 UN convention on Narcotic Drugs, both our countries really have been at the forefront of enforcing global prohibition. The US has always had the driving seat on this through it’s massive funding of the World Health Organisation (WHO), and it’s probable that the US used that influence partly to maintain it’s focus on the war on drugs… up until recently anyway.

So when Colorado and Washington legalised cannabis for recreational use, jaws dropped in the UK with a collective thud. Whilst it seemed like an exceptional case of extending the middle finger to the ‘man’ (Federal Government), there was a thought in the back of my mind along the lines of ‘how long would it last?’. We watched as companies faced paying taxes in cash and struggling to export any excess output, but then other states started following suit. Last you did, and now we’re hearing whispers of federal legislation.

Back to my side of the atlantic, I can tell you there’s a lot of head scratching over here. Medicinal cannabis was only legalised in 2018, but then doctors can only prescribe it for 3 conditions and only as a last resort. Even then that didn’t come about from us taking stock of what you guys were doing, it came about due to public pressure from high profile cases involving the parents of children with rare types of epilepsy.

There are still restrictions on hemp farming, you lucky folk get to grow anything below 0.3% THC, we’re stuck with 0.2% and are restricted further by an approved strains list. We’re also only allowed to grow for seed or stem, any controlled part of the plant has to be destroyed on the licensed area appropriately. I see how some of the US farmers grow, but the restrictions here wouldn’t allow for some of those techniques to be viable for a UK farmer.

If we were to play a hand of Top Trumps, the UK would not have anything going for it other than medicinal cannabis exports to brag about, but current restrictions mean that very few in the UK have access. We’re miles off the game to the point of embarrassment, but we’re still lagging behind because there’s still politicians who pull out the Reefer Madness card.

Seriously, there is still a level of that mentality over here and that includes people who recognise cannabis for it’s medicinal properties as well as people who use CBD products on a daily basis. It’s also reinforced in law with the Misuse of Drugs Act (MoDA ’71 sect 37) suggesting regardless of THC delta 9 levels whole bud is illegal, as well as the Misuse of Drugs Regulation

(MoDR ’01 sect 2) which states that no product regardless of container size can have more than 1mg of THC delta 9 and CBN each.

3 medical conditions, THC demonised and a restricted supplemental market. How does one go about applying for a green card? Asking for a friend…

I’m not painting a pretty picture here, but I’ve still a bit of shading to do to add some depth. The public pressure that I mentioned that got medicinal cannabis legalised, the then Prime Minister was on record for saying that cannabis has no medicinal value. Ok, loads of people have said that but what’s interesting is that Theresa May’s husband Philip is the relations manager for an investment firm (Capital Group) that owns a 22% stake in GW Pharma, a company whose sole focus is cannabis based medications.

What?!?! not juicy enough for you? Good job I’m just warming up. Before becoming Prime Minister, she was the Home Secretary. That’s right, she was in charge of drug law and during that time she would have been aware that British Sugar applied to her office to grow medicinal grade cannabis for export as well as to supply GW Pharma. There’s two ways she could have had that information: either her staff made her aware because it’s a sizeable outfit with 18 hectares of growing space so she should have been made aware OR she found out from her Drugs Minister Victoria Atkins MP who refuses to answer any questions about cannabis because her husband is in fact the Managing Director of British Sugar. Victoria Atkins is no longer the Drugs Minister, but she does still work at the Home Office. 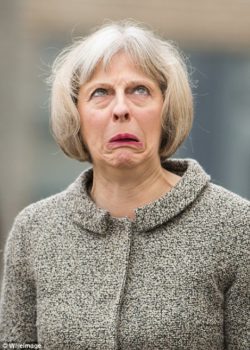 There is a third possibility, Theresa May’s husband Philip may have told her himself that GW have a new supplier who needs a license, but that’s just a random thought.

For legal reasons as well as sensibilities, I have to say that there could well be nothing to do here, I might be seeing something that has no bearing on the legality of cannabis in the UK whatsoever. That being said, 2 weeks ago I submitted a Freedom Of Information request to the Home Office (HO) in an attempt to find out. The UN’s 63rd Convention on Narcotic Drugs (UN-CND) was to take place in March of this year and the key topic was cannabis, with de-restriction suggested for anything with less than 0.2% THC delta 9 as well as a re-scheduling that would ease restrictions for medicinal research. If Theresa May and Victoria Atkins had any hand in the formulation of the UK’s response to this, then there must be a level of scrutiny on the potential gains to their husband’s companies should the UK adopt any guidelines they have themselves had a hand in creating.

My suspicions were there from the start; that’s not because the meeting in itself had already been delayed twice, it was more to do with how the HO were not seen to be talking to anyone about the suggestions for reclassification. Since the introduction of  medicinal guidelines in 2018, UK drugs laws have effectively tightened around cannabis, but when the WHO released their recommendations in early 2019 there was no acceptance that the pool of knowledge used to create the WHO’s recommendations greatly outweighed the very small pool the UK used to create their definitions. There’s a similar situation going on with the Food Standards Agency at the moment who’re using cherry picked studies on CBD isolate to determine the safety of full spectrum products, again ignoring WHO recommendations.

The response came back from the HO, there are files and emails involving May and Atkins in relation to the 63rd UN-CND but they won’t be released as it’s not in the public interest.

With a population in excess of 65 million people: nearly 50% have tried cannabis, 1 in 4 admit to smoking regularly at some point, over 6 million take CBD products daily and last opinion polls have 53% favouring legalisation for recreational use, and 77% say that the medicinal laws are too tight and it shouldn’t be a last resort. Surely it’s very much in the public interest!.

Then there’s the police, who have been much nicer than what you’d think when you see the words zero tolerance. There are  forces around the UK who have engaged with cannabis social clubs to ensure a safe environment for users and  people who self medicate. There’s commissioners who’re arguing that policing cannabis is a waste of taxpayers money, and in response to an appeal involving a girl who had been growing at home to manage her MS the police federation said they were not only sympathetic but that ‘no-one joins the police to take someone’s medicine away from them’.

This extends to the judicial system where a few cannabis related cases have been thrown out, with judges claiming that it wouldn’t be in the public interest to prosecute.

So the answer to the question ‘why is cannabis still illegal in the UK?’, you can get from my waffling that there’s the interest but the public isn’t being heard, so the answer is either that the politicians are out of touch with the average UK citizen, or there’s a conflict of interests which could be holding back legalisation. I’ll leave you to decide.