Why It’s (Almost) Impossible To Overdose On Cannabis

Why It’s (Almost) Impossible To Overdose On Cannabis 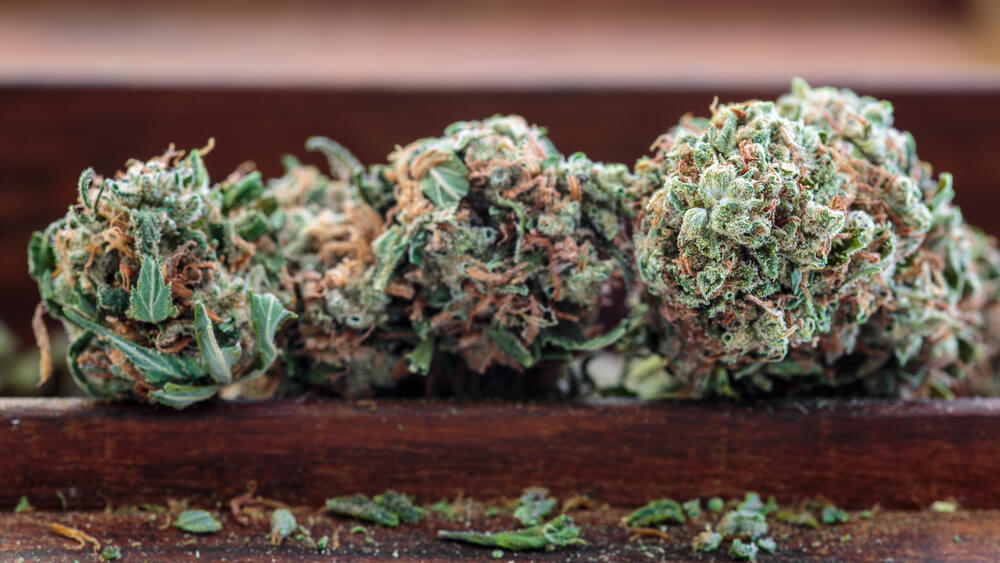 Cannabis is still unfairly demonized around the world, and questionable newspapers like the Daily Mail sometimes even blame it for individual deaths. But science is getting more and more particular about a very crucial fact – that it is practically impossible to overdose on marijuana.

Read on to find out why!

Why Is Cannabis Overdose Usually Harmless?

In the brain, cannabis works by “binding” to a bunch of protein receptors and exerting effects on all kinds of physical functions, like mood, perception, appetite, and so on. If it wasn’t for those effects on mood and attitude, society probably wouldn’t value it so highly as a recreational drug!

As well as cannabis, other recreational drugs like cocaine, heroin, alcohol and barbiturates also work by binding to receptors in the brain. That’s what enables all these drugs to exert their weird and unusual effects on mood and perception.

So far, cannabis seems like any other recreational drug, right? But there is a crucial difference, and that is in the location of the protein receptors that cannabis binds to.

Heroin and cocaine are drugs that famously cause overdose, and that’s because the opioid and dopamine receptors that they bind to are present deep in the brainstem. The brainstem is the ancient part of the brain that controls basic bodily functions like breathing and the beating of the heart.

When the receptors in the brainstem get flooded with too much of a non-native compound, like heroin or cocaine, it can cause respiratory or cardiovascular failure. The foreign compounds cause the normal function to be drastically interrupted – resulting in a potentially lethal overdose.

But cannabis neatly sidesteps all of that. The cannabinoid receptors of the endocannabinoid system are very rarely located in the brainstem, so they do not have any control over essential functions like breathing and heartbeat.

This means we can essentially flood our brains with as much cannabis as it’s physically possible to consume, and it won’t affect the brain in ways that would make the lungs and the heart stop working, as is the case with an overdose of cocaine, heroin or even alcohol.

So while we can take too much cannabis and feel ill effects, it’s practically impossible for a human to overdose on cannabis lethally.

Sparse densities in lower brainstem areas controlling cardiovascular and respiratory functions may explain why high doses of delta 9-tetrahydrocannabinol are not lethal.

How Much Cannabis Can A Human Safely Consume?

As you may have gathered by now, it’s possible to consume a tremendous amount of cannabis with no ill effect – but just how much are we talking here? Let’s take a look.

The way scientists typically work out a lethal dose of a substance is by giving it to a sample group of animals and seeing how much of the substance is needed to kill at least fifty percent of the animals. That dose is then called the LD-50 (“Lethal Dose, 50%”).

Alcohol, heroin, cocaine, and even some drugs that many people consider relatively safe, such as ecstasy – all of these can actually kill you pretty quickly if you take ten times the “normal” dose, or even less in some cases.

Less lethal drugs that can still kill you relatively easily include Rohypnol and mescaline, at around 20-80 times the normal dose. With all of these potentially-lethal substances, the effective dose is usually in the milligrams, so a lethal dose could be less than a gram of the pure substance!

But cannabis is different. According to various different studies, the LD-50 of THC may be up to a whopping 40,000 times the effective dose! In fact, studies from the 1970s showed that incredibly high doses of 3,000 mg/kg of THC were not enough to cause fatalities in dogs or monkeys when given orally. Monkeys were also injected with 92 mg/kg of THC, with no fatalities!

The non-fatal consumption of 3000 mg/kg A THC by the dog and monkey would be comparable to a 154-pound human eating approximately 46 pounds (21 kilograms) of 1%-marihuana or 10 pounds of 5% hashish at one time.

Of course, cannabis and hashish is typically a LOT stronger than 1% and 5% THC – back in the 1970s, when these studies date from, that may have been standard. Now, we have much stronger cannabis, hashish, and all kinds of extracts – in fact, some extracts get up to 90% THC! So how much of those would it take to cause a lethal overdose?

So if you had a cannabis extract that tested out at 90% THC, you’d need to consume 444g of it in order even to come close to the possibility of dying.

Hold on (you might be thinking); I’ve smoked around 444g this month, why am I not dead?  Well, of course, we’re talking about an acute dose, as in how much you can consume in a short space of time. Even the most hardened of us stoners would need at least a week to smoke, dab or even eat that amount of oil! So, it’s practically impossible to overdose on cannabis lethally.

Let us know what you think in the comments!