5 Proven Reasons Why You Should Consume Cannabis Before Bed

5 Proven Reasons Why You Should Consume Cannabis Before Bed 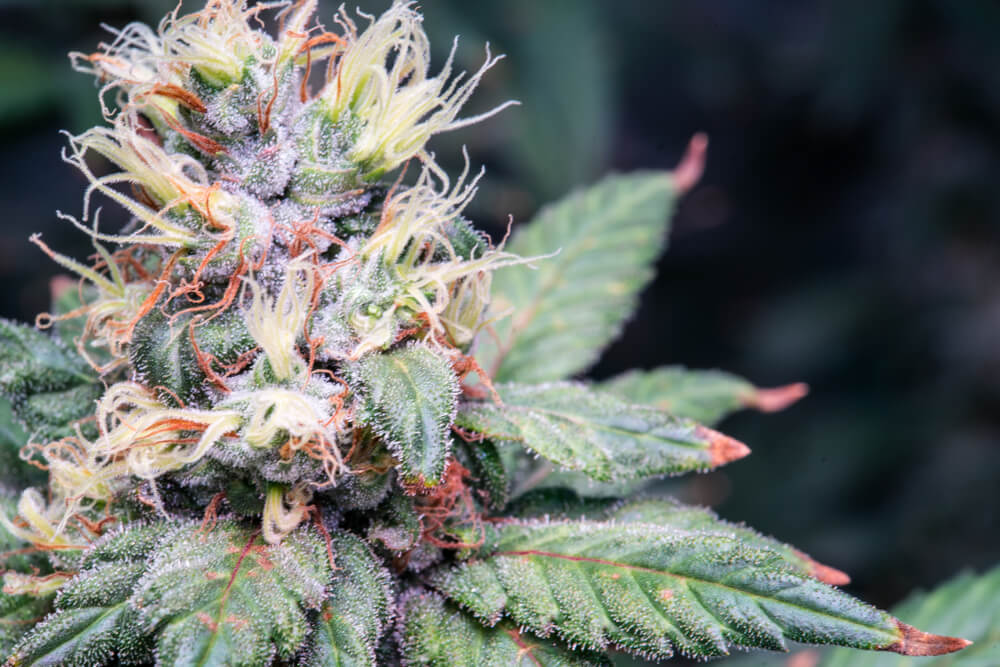 Increasingly researchers are finding interesting relationships between weed and a healthy, happy, sleep schedule. It seems stoners have had the right idea all along – a little weed before bed does make for a good night sleep.

Chronic smokers might have started puffing before bed long before there was science to prove it’s usefulness,  but the story is much different today. There is real science behind the sleep-inducing effects of the plant – five key findings in fact. These studies support the harder, better, faster, stronger sleep you’ll get if you have a little cannabis nightcap.

It’s not breaking news by now, but cannabis has healing powers. Many people are using it to relieve chronic pain, to reduce inflammation and soothe general aches and pains. Whether you suffer from gastrointestinal issues, lingering injuries, arthritis, or anything else that keeps you up at night – marijuana makes it better. You might be able to forget about these aches and pains during your day at work, but at night – that’s a different story!

Increasing studies looking at cannabis use and health issues have discovered that people rely on medical marijuana as a sleep aid, on top of pain relief. For example, one study of cannabis use among people with multiple sclerosis found that people use it for pain and sleep. In another study exploring cannabis oil use by young adults with inflammatory bowel disorder discovered sleep among the top four reasons for cannabis use (as well as nausea, and increase in appetite).

Cannabis reduces the pain, soothes the aches, and keeps inflammation under control so you can get a night of better sleep. No more waking up in the middle of the night with dull pain pulsing through your body. These nuisances are gone, and you get a full night sleep.

If you have insomnia, you have trouble falling asleep, staying asleep or a little bit of both. Chronic marijuana users have known for a very long time that a dose before bed will put you to sleep faster and keep you there longer. But science is only now catching up to prove why this is true.

In a study of over four hundred insomniacs, researchers found that smoking or vaping cannabis improved their symptoms. As reported by the participants, through the Releaf mobile app, users found a little toke before bed reduce their signs of insomnia by 45 percent.

Furthermore, using a pipe or a vaporizer was preferred, while joints proved less effective. Potency didn’t have any influence over the experience, and joints tended to trigger higher risk of negative side effects.

3. Put you to Sleep Faster

Have you ever laid awake at night, staring at the ceiling wishing just to fall asleep? Maybe you try counting sheep, breathing techniques, and meditations all to no avail. Have you ever considered a little THC before bed?

What researchers are now exploring is the effect of THC on something called sleep latency. Sleep latency means the time it takes your mind to go from 60 miles per hour to zero, or rather from full wakefulness to sleep. According to preliminary studies, a little bit of weed now and then might tip you into la-la land faster than if you had tried going to bed without.

However, it’s worth pointing out some research has found that frequent, chronic use of THC is going to affect your sleep in negative ways. If you wake and bake, toke and lunch, and then puff before bed (every single day), you’ll have a worse sleep. So avoid smoking 24/7 and stick with it as a nightcap if already have insomnia.

Nobody knows for sure why we dream, but entering into a healthy cycle of REM sleep throughout the night seems crucial to rest. If you wake up exhausted, even if you technically slept for eight hours, this could be an indication that you have issues entering into a REM cycle.

Cannabis, specifically CBD, seems to improve REM. Instead of missing this crucial period of sleep, hitting it intermittently, or dipping in lightly, CBD ensures a healthy cycle into and out of it.

According to the research, CBD makes that eight hours more restful than without. The way CBD improves sleep is one of the main reasons folks love the non-inebriating compound. It makes a good alternative for a sleep-aid if you can’t handle too much THC.

Have you ever tried to wake someone up from a deep-cannabis infused slumber? You’ll know they are not light sleepers. Cannabis has a unique ability on how deeply you enter into slumber, that is unlike most conventional sleep aids.

According to some studies, cannabis use increases the slow wave sleep – the deepest state of the sleep cycle you can have. Along with the REM cycle, slow-wave is an essential component to a complete night of rest – and cannabis can take you there.

The best part of how deep you’ll go is that it’s never dangerous. Everyone by now should know the dangers of overdoing it with sleeping pills. Take to many, and you’ll never wake up. Take too frequently, and you’ll develop a dependency. Cannabis carries no risk of overdose, no chance of death, and little risk for abuse.

It’s no wonder sleep is always one of the top reasons for use among medical marijuana patients. In the modern world, with a never-ending to-do list and 24/7 news cycle: it’s hard to turn off. Cannabis makes it much more comfortable. Get the sleep you deserve with a little nightly toke. Sleep harder, better, faster, longer all with a bit of THC and a dose of CBD.