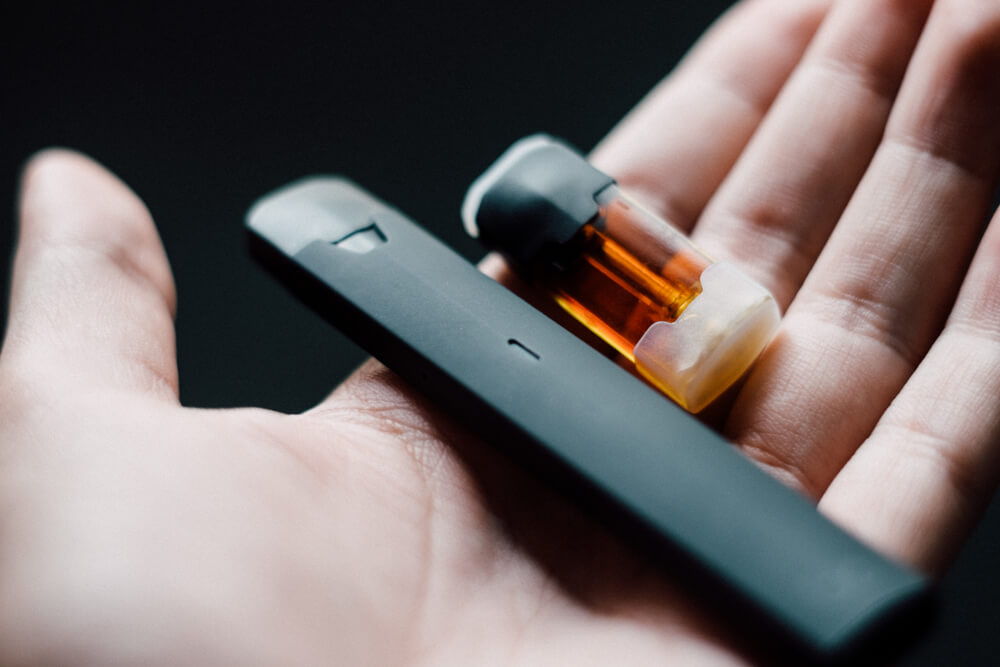 The number of deaths linked to vaping is now up to five as the Centers for Disease Control investigate the 450 cases of severe lung illness reported nationwide.

Just a few hours earlier, the CDC held a briefing on the rise of severe lung illnesses connected to e-cigarette use, and said that the number of reported cases had more than doubled in the last week to 450, from just over 200.

The federal health organization urged Americans to stop using e-cigarettes while it — along with the Food and Drug Administration and state officials — investigate the respiratory problems that have impacted residents in 33 states and one jurisdiction.

“While this investigation is ongoing, people should consider not using e-cigarette products,” says Dr. Dana Meaney-Delman, incident manager of the CDC’s response to the vaping-related lung injuries. “People who do use e-cigarette products should monitor themselves for symptoms, for example, cough, shortness of breath, chest pain, nausea and vomiting — and promptly seek medical attention for any health concerns.”

Health officials and doctors have been unsure of what exactly about e-cigarettes is causing “healthy, young people to become ill,” but the CDC said Friday that they are beginning to see trends. Most of the 450 cases involved a young person between 18 and 25 who was initially thought to have a pneumonia-like infection that turned out to be a pulmonary illness.

The CDC said they are still unsure of the exact chemical or substance that these cases have in common, as the patients used a variety of vaping products. Some used e-cigarettes with only nicotine, while others primarily used marijuana-based products.

Still, “we are getting a clearer focus … and the investigation is narrowing,” Ileana Arias, the acting deputy director for noninfectious diseases at CDC, said.

They also believe that the “lung illnesses are likely associated with chemical exposure,” Meaney-Delman said.

The CDC also said they are looking into the lab tests from New York state health officials that showed vitamin E acetate in many of the cannabis e-cigarette cartridges that sickened patients had submitted for testing. Read more here.

But, Mitch Zeller, director of the FDA’s Center for Tobacco Products, said that of the 120 samples they have collected so far, not all of them contained vitamin E acetate.

“No one substance or compound, including vitamin E acetate, has been identified in all the samples tested,” he said in the briefing.

We recently published an article about how you can figure out whether your cartridge is fake or not, make sure to read it here and share the information with your friends and family.