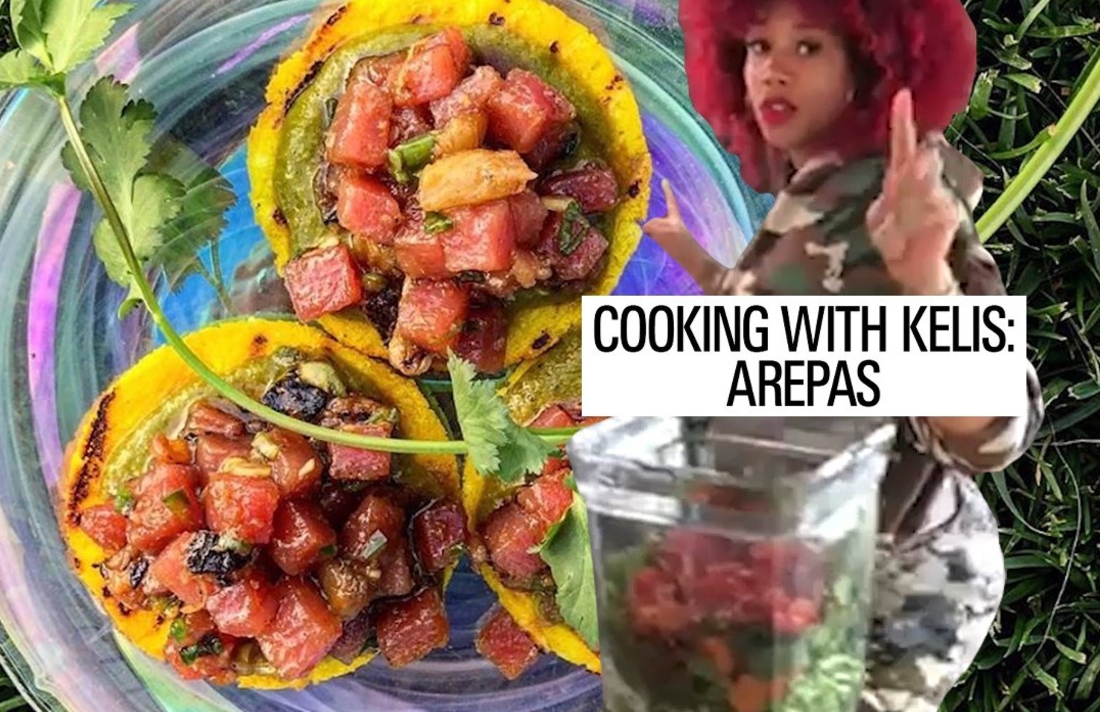 The ‘Milkshake’ singer also talked to us about her new Netflix show, Cooked with Cannabis.

If there’s one thing for certain, it’s that Kelis loves food. The “Milkshake” singer has written a cookbook, trained as a saucier at Le Cordon Bleu, launched a pop-up restaurant in London, and owns a farm where she grows her own vegetables. In her new Netflix show Cooked with Cannabis, each episode sees three weed chefs compete for a $10,000 prize as they cook three course meals for an ever-changing group of guests, including Ru Paul’s Drag Race’s Alaska, rapper Too $hort, and EL-P from Run the Jewels. Think of it like Masterchef or Hell’s Kitchen, only the judges are stoned and guessing by the thick blanket of smoke in the air, so are the contestants.

We’ve asked Kelis to share one of her favourite meals to cook in lockdown: turmeric tea-steeped arepas with diced tuna, charred pineapple, and aji sauce. You can watch the video above. Below, we speak to the musician about how she’s been spending quarantine, cooking with cannabis, and her highlights from the Netflix show.

– Read the entire article at Dazed.