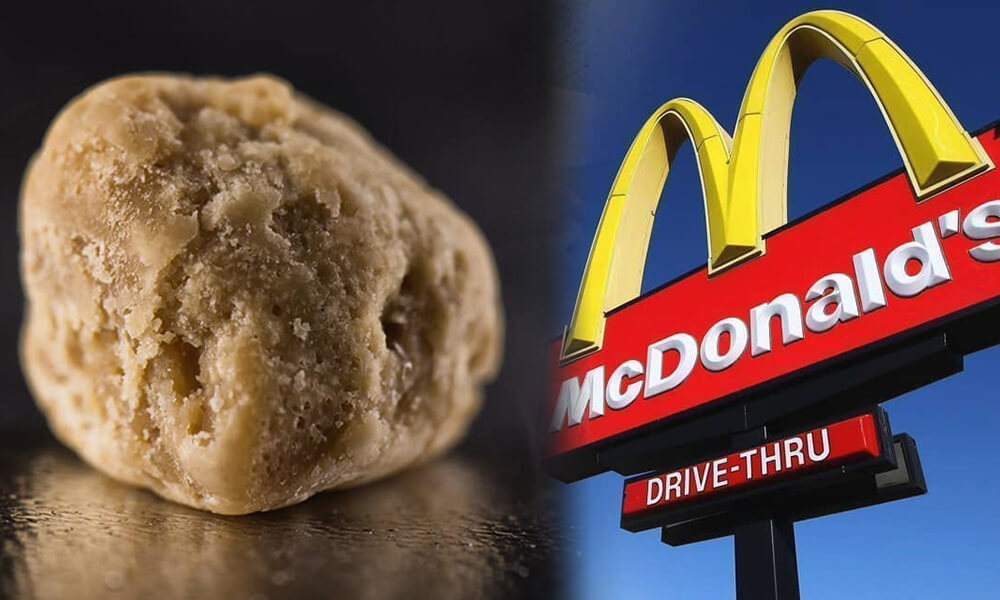 A man in Idaho Falls, Idaho found himself in serious trouble because he offered to give a gram of cannabis concentrate (wax) to anyone who would bring him some fast food. Unfortunately, local police found out about the man’s post—and they did not find it humorous.

A man since identified as 22-year-old Brian Starliper was a little forward on his Facebook page recently when he posted:

Yo if anyone in IF wants to bring me McDonald’s or Burger King rn I’ll give you a gram of wax straight up.

Not surprisingly, the ad grabbed people’s attention. And at least some of them were more than happy to take Starliper up on his offer. For example, one person responded by asking: “Lol whatcha want.”

From there, Starliper kept the conversation going by putting in an actual order. He said he wanted

I don’t know how much it is but I’m too lazy to get up and go to McDonald’s myself tbh.

To top it all off, he potentially incriminated himself one more time by reiterating his point about possessing cannabis concentrate:

I have hella wax to play with too.

It’s unclear how authorities heard about Starliper’s Facebook activity. But one way or another they did. And they were not happy.

As reported by local news source Idaho State Journal, Idaho Falls police quickly took out a search warrant and showed up at Starliper’s home. While searching the home, they reportedly found 10 grams of cannabis concentrate, one gram of cocaine, and a variety of drug paraphernalia.

Starliper was subsequently arrested and taken to the Bonneville County Jail. He is reportedly facing multiple charges, including possession of a controlled substance and possession of a controlled substance with intent to distribute. Additionally, he had an outstanding warrant for misdemeanor probation violation and another for misdemeanor failure to appear.

Social media and cannabis—both legal and illegal—have a strange relationship. On the one hand, there are occasionally instances like Starliper’s, in which an individual gets in trouble after posts talking about possession weed.

On the other end of the spectrum, legal cannabis businesses, activist organizations, and other weed-themed groups have faced difficulties when it comes to advertising on social media.

At the moment you won’t have any problem posting cannabis related content on Facebook, as long as you don’t try to sell cannabis products to other users on the platform. Facebook does differentiate between informative content about cannabis and sale posts.

And finally, in what might seem like a strange twist, cops themselves have been turning to social media for weed-related communications.

In many cases, cops use social media platforms to publish what they apparently think are funny posts about weed. Often, these “jokes” take the form of warnings against consuming or possessing weed. And other times, cops will publicize cannabis busts using social media. We recently wrote an article about one of these stories. Police seized a couple of grams and got roasted on Facebook. These days, they always get roasted when they post about cannabis-related arrests, and that’s a good thing. The bigger the pressure from society gets, the less likely they will continue with what they’re doing.