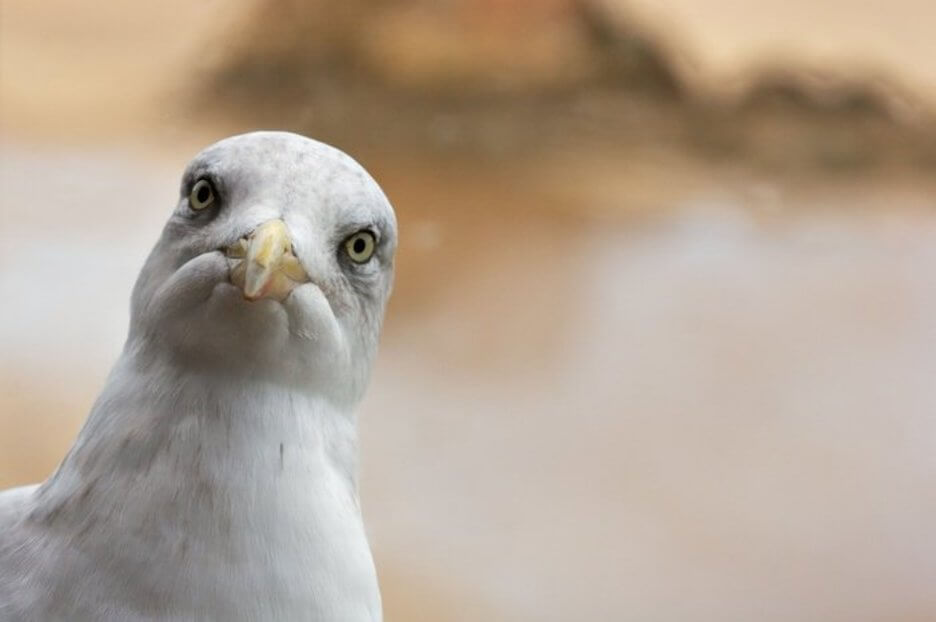 The incident took place moments before two officers dressed in plain clothes were about to arrest him for possession at the Gothenburg Cultural Festival. They had been alerted to the presence of cannabis after spotting a woman smoking it.

In Sweden, cannabis laws are very strict, with authorities dismissing the medicinal benefits of the plant.

The Leaf Desk reported that the man realized he was in trouble when he saw the officers approach the woman, so threw the bag away. Unfortunately, he was still spotted by one of the eagle-eyed officers, who began to make his way towards him.

The man would have, understandably, been wracked with panic. In Sweden, possession of a single joint can be punished by up to six months of imprisonment and heavy fines.

But this man had a feathered guardian angel, who, after witnessing his plight, literally flew in at the eleventh hour.

The moment the officer bent down to pick up the bag, which was estimated to contain 10 grams of weed, The Leaf Desk reported, a seagull swooped in and took it instead.

The man then ran away as the seagull flew off with his weed, a spokesperson revealed: “What the policemen did not expect was that a third party would interfere,

“There were also a large number of seagulls at the site, one of them saw his chance and picked up the bag and lifted quickly with the ‘booty’.

As quickly as the seagull disappeared, so did the man who threw the bag away. The policemen stood and watched the evidence disappear into the sky”.

The woman who had been caught smoking a joint, however, was not so lucky and she was arrested for possession, with the spokesperson adding that it was “a patch over the wound” caused by the seagull.