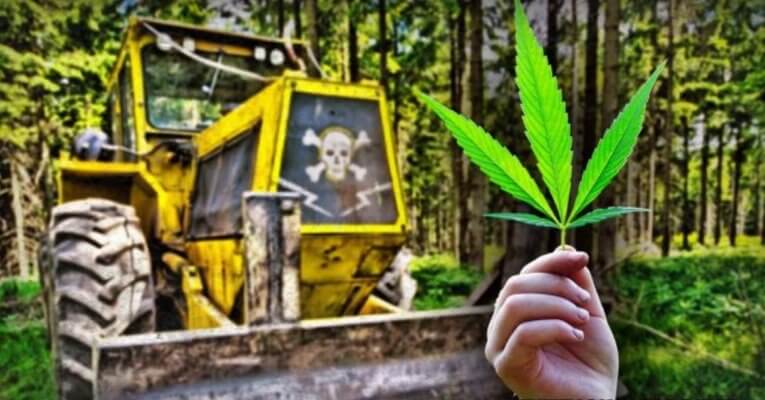 The family of a Pennsylvania man killed after he fled a clearing where he was growing ten cannabis plants fault state authorities for chasing him with equipment similar to “a military tank.”

Though his friend was arrested at the game preserve in Berks County on July 9, 2018, Gregory Longenecker, 51, took off into brush so thick even a tracking dog couldn’t get through, reports the Washington Post.

With a helicopter overhead, a state trooper boarded a bulldozer with a Pennsylvania Game Commission employee, who’d been using the equipment when he’d spotted a car that didn’t belong.

Hours into cutting a trail, the pair found Longenecker dead. According to investigators, the suspect, who was found to have a “toxic level” of methadone and methamphetamine in his system, had crawled between the treads when the bulldozer briefly stopped. Its next move was to the left.

Practically every bone from his pelvis to his collarbone was crushed, lacerated, or broken, per a lawsuit filed Monday by family members, who doubt Longenecker hid beneath the machine.

They say the state trooper and Game Commission employee acted against “all common sense and respect for life.” Instead of utilizing machinery “with similar force and characteristics of a military tank,” troopers should’ve waited for Longenecker to emerge, or approached him later, as he wasn’t a threat to the public.

However, District Attorney John Adams argues the family would’ve been angry if Longenecker, who refused to surrender, had gotten injured after troopers left, per the AP.

The DA’s office ruled in August that the actions of state police “were reasonable and conducted in a safe manner,” though the ACLU disagrees.