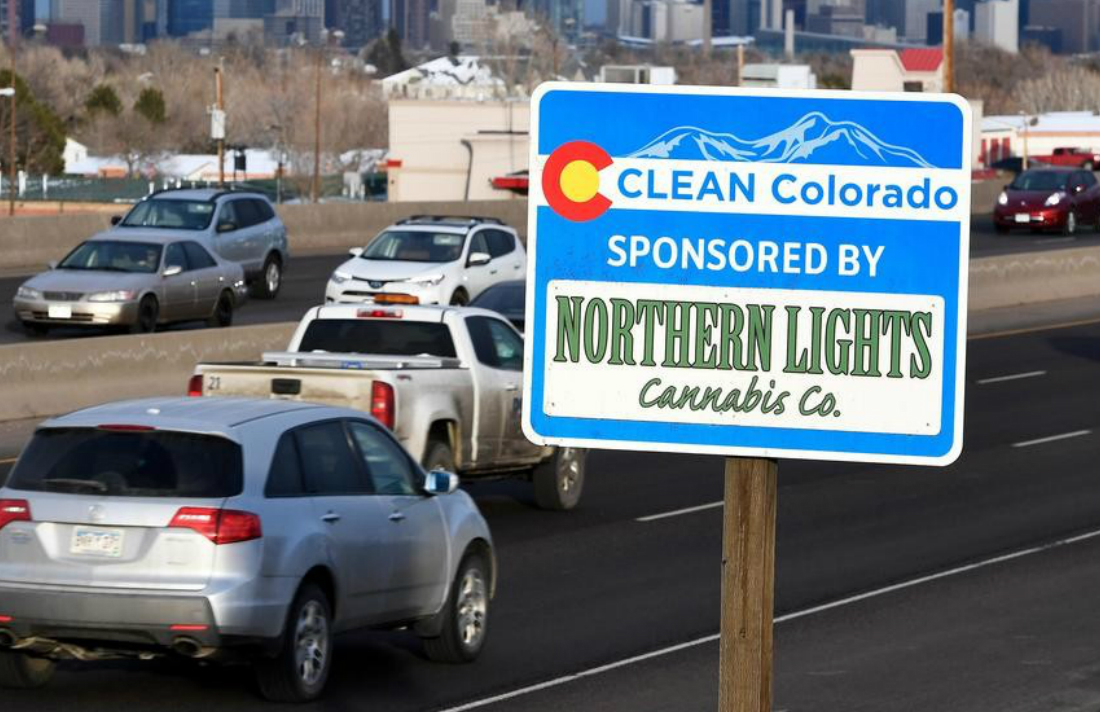 Cannabis companies are using a loophole in Colorado’s strict limits on marijuana advertising by sponsoring state highways and putting their names on roadside signs.

Currently, 51 cannabis dispensaries, cultivators, manufacturers and edible producers sponsor roadways throughout the state, according to the Adopt a Highway Maintenance Corporation. Although they represent less than half of all organizations that participate in the Clean Colorado program, their reach spans about 198 miles (318 kilometers) , or 66%, of the roads actively sponsored, The Denver Post reported.

“The rules governing highways signs are in a different section than rules governing the cannabis industry,” said Nico Pento, government affairs director for Boulder-based Terrapin Care Station, which operates six dispensaries in the Denver metro area. “The highway signs were a loophole that was overlooked.”