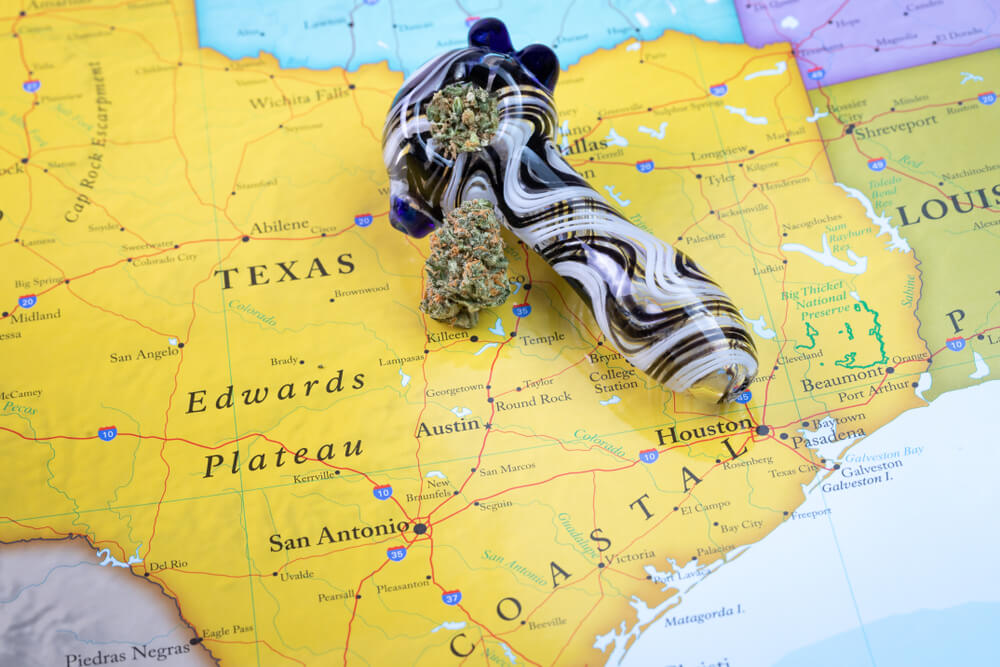 Yesterday the Texas House of Representatives approved a bill (98-43) that will reduce criminal penalties for Texans who possess small amounts of cannabis.

I think having nearly a two-thirds vote of the Texas House — and maybe the vote goes up tomorrow– that speaks volumes that it’s time to change this policy,

Moody said Monday. He said barring unforeseen circumstances, and the Texas House should pass this bill over to the Senate Tuesday.

Moody explained that Texas State Senator José Rodríguez ( D- El Paso) has filed a companion bill in the Senate, but that bill still looks like the original version of HB 63. Moody believes that the version the House approved Monday is what’s most likely to become law.

Representative Moody’s office expected the bill to pass today with a majority of the votes. His office explained that the amendment to this bill this has started some new conversation and that lawmakers who were previously on the fence about it are now more comfortable with it.

The amended version of the bill reduces penalties for possessing an ounce or less of weed to a Class C misdemeanor and removes jail time as a punishment for those offenses. It will also offer a pathway to eliminating those charges from criminal records.

It’s been 45 years since the #txlege passed marijuana reform. Today, we took a huge step forward when the House supported HB63. The bill would stop 75K Texans from being arrested annually & would save ~$735 million in local tax dollars. #CJReform https://t.co/1KzZGF79Is

But the bill was even further changed on Monday. Moody explained that after his office met with Governor Greg Abbott’s office this morning, they amended the amendment on this bill.  This amendment to the amendment still allows those who have low-level marijuana possession charges to have their records expunged if they fulfill their probation requirements, but says that instead of automatically wiping their records the offenders have to ask for expungement. The bill still classifies possession of an ounce or less of marijuana as a Class C misdemeanor for which officers are required to issue citations (as opposed to making arrests), however, the amendment to the amendment clarifies that the requirement to withhold making arrests doesn’t apply if the offender is facing other charges besides possession.

The amendment in front of you is not legalization, it is not even decriminalization,

he said, taking pains to make sure lawmakers did not confuse this with the several other cannabis-related laws in this legislative session.

Although this compromise is not as far as I’d like to go, I’m not going to sacrifice the good for the perfect,

Under current law, getting caught with an ounce or less of cannabis is punishable by up to 180 days in jail and up to $2,000 in fines. Moody’s amended bill would lessen that penalty to a Class C misdemeanor, punishable by a maximum fine of $500 and no jail time. Conviction on a Class C offense usually leaves a criminal record, but Moody’s bill would make it easier to expunge these records and would bar police from arresting anyone caught with small amounts of pot.

If someone caught with a small amount of marijuana had not been arrested for that offense within the calendar year, a court would defer adjudication of guilt and place that person on probation.

An offender’s record would not be automatically expunged, as Moody had earlier proposed, but it would require authorities to notify a person that his or her record could be expunged.

Representative Moody explained that another bill will need to be passed to allow those charged to keep their drivers’ licenses in Texas. Representative James White has introduced a bill which would tell the federal government that Texas is not going to suspend drivers licenses for low-level marijuana possession and that the federal government should not hold up federal funds when Texas does so. Moody explained that other states have successfully done this.

“Texas arrests more than 60,000 people annually for the simple possession of marijuana,”

Meanwhile, only 10 percent of burglaries are cleared (or solved) in our state. Victims of real crime deserve a justice system that is dedicated to protecting life, liberty, and property — not prosecuting people for marijuana.

Fazio says that more than  20 states have eliminated jail time for marijuana possession.

Steve Dye, Police Chief for Grand Prairie and Committee Chair for TPCA on Marijuana Legislation, explained that TPCA supports a Class C Misdemeanor charge for the possession of a small amount of marijuana.

While one ounce of marijuana is still a substantial quantity, Texas Police Chiefs advocate treatment, education/awareness, and rehabilitation for this addictive drug,

He continued that while most small amounts of cannabis are already being handled through officer citations, TPCA does not support the requirement that only a citation may be issued for Class C marijuana charges.

This mandate would remove officer discretion and their ability to be procedurally just in evaluating each circumstance on its own unique merits and effecting an arrest when other criminal activity is afoot or incarceration is the most appropriate recourse to protect the public and ensure defendant accountability,