THC Carts Lab Test: 90% Contained A Dangerous Additive And All 15 Were Contaminated With Cyanide

THC Carts Lab Test: 90% Contained A Dangerous Additive And All 15 Were Contaminated With Cyanide 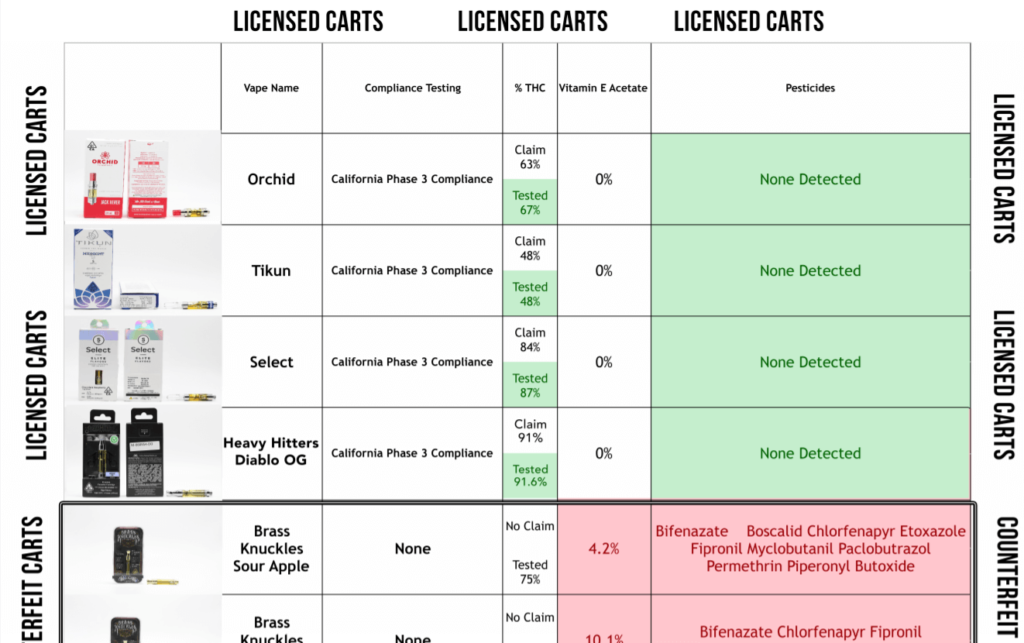 Vaping, once thought to be a safe alternative to smoking joints or bongs, is facing increasing scrutiny over an increasingly visible health crisis: Over 500 possible cases of vape-related lung illness, according to the CDC.

And it’s not just cigarette smoking as you know more and more people are vaping liquid THC in 2019. But like so many black-market items before it, the world of illegal weed vapes is tainted with the potential for dangerous additives that could hurt users.

A recent NBC News study documented exactly how real that potential danger is: Of the 15 black market cannabis vape carts NBC had tested, 13 came back positive for containing Vitamin E acetate — a solvent used to cut cannabis that, when it gets in your lungs, could trigger an immune response that causes pneumonia.

Even worse: Of the illegal carts NBC tested, all 15 tested positive for myclobutanil — a fungicide that, when burned, can turn into hydrogen cyanide.

It’s not all bad news — NBC News also tested three cannabis vape cartridges from a legal dispensary in California, all from different manufacturers.

All three came back clean, with the testing facility having found “no heavy metals, pesticides, or residual solvents like Vitamin E.”

But with no federal-level regulation for cannabis vape carts, and legality of cannabis so balkanized, it’s difficult to regulate dangerous additives in vape carts. As the federal government struggles to regulate the quickly emerging market, it’s offering a straightforward solution that should work for anyone: Reconsidering buying and using a black market vape cart. 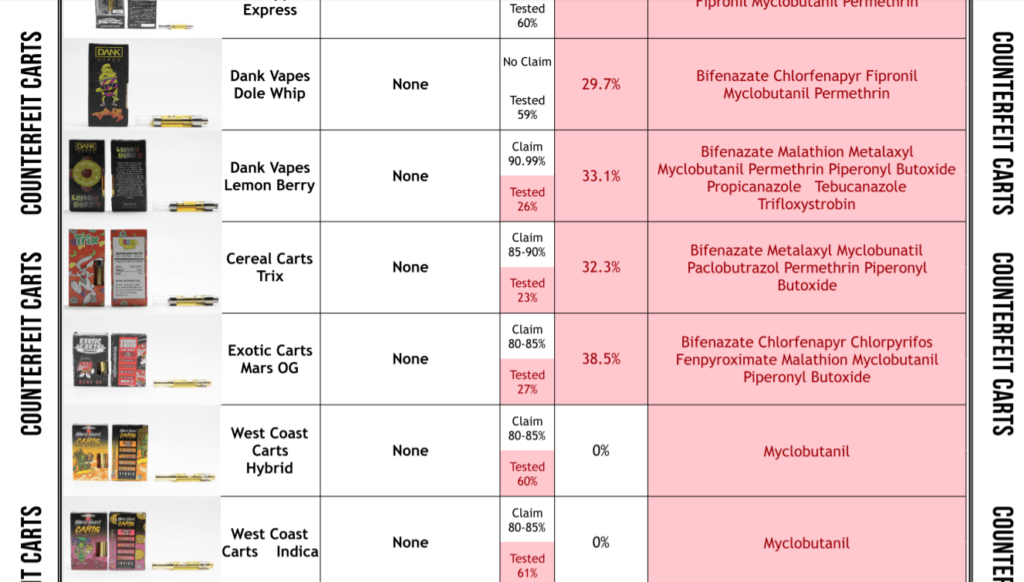 “If you’re thinking of purchasing one of these products off the street, out of the back of a car, out of a trunk, in an alley,” Mitch Zeller, the director of the FDA’s Center for Tobacco Products, said recently, “or if you’re going to go home and make modifications to the product yourself using something that you purchased from some third party or got from a friend, think twice.”