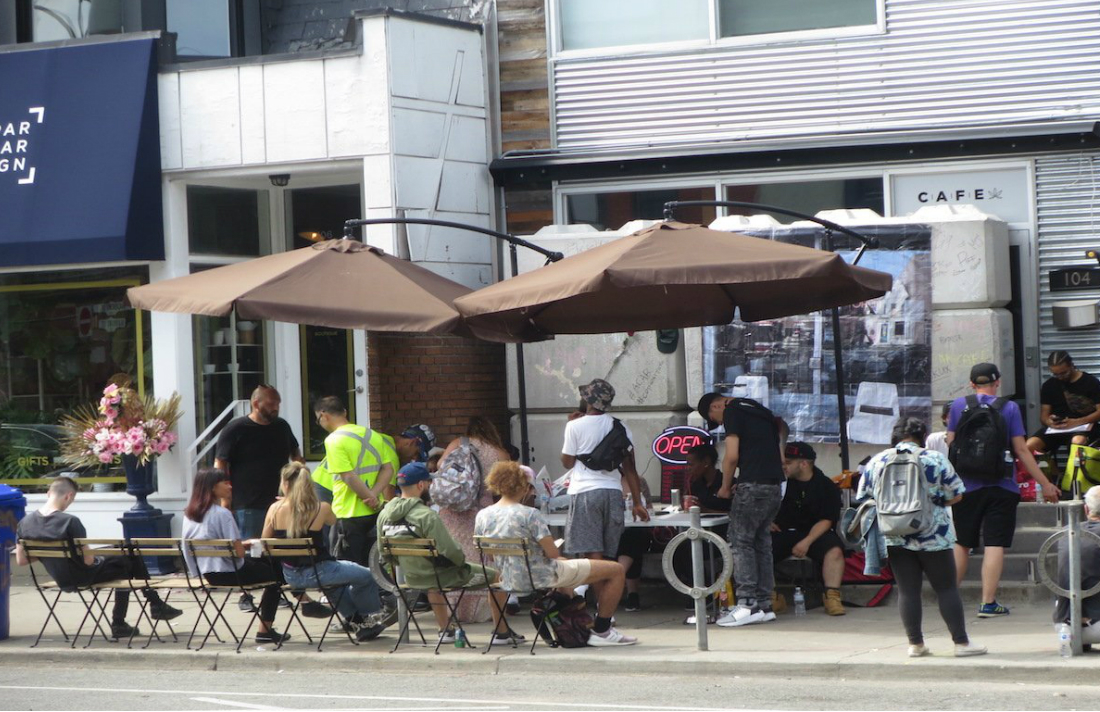 The city’s concrete barriers have not stopped the unlicensed herb purveyor from plying its trade from makeshift counters set up on the sidewalk outside blocked shops.

Just as the cat came back the next day, so too have the four unlicensed CAFE (Cannabis and Fine Edibles) cannabis shops shut down by the city in recent weeks.

The city has tried unsuccessfully multiple times, together with 70 provincial bylaw charges, to close the shops down permanently, issuing closure orders, installing giant concrete slabs in front of locations and even welding doors shut. Police have also made arrests. But it has all been to no avail – for now.

The city’s efforts have not stopped the unlicensed herb purveyor from plying its trade on the sidewalks on makeshift counters in front of the shops.