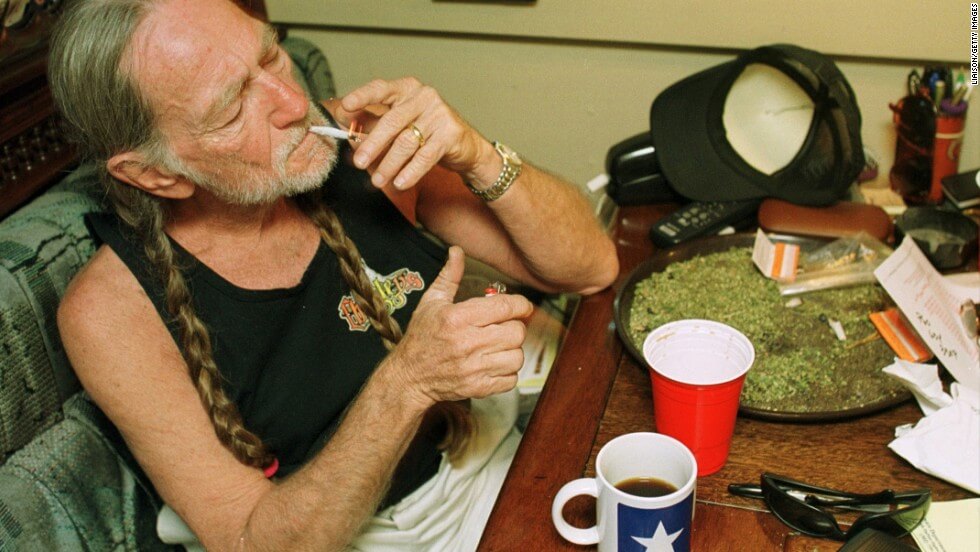 Willie Nelson has never been shy about how much he loves cannabis. But in a recent interview with Rolling Stone for the magazine’s weed issue, Wille shared how weed actually saved his life.

Nelson said cannabis helped him calm down and is the reason he’s alive today.

I haven’t smoked a cigarette since. I haven’t drunk that much either because one will make me want the other — I smoke a cigarette, I wanna drink a whiskey. Drink a whiskey, want a cigarette. That’s me. I can’t speak for anybody else,

The Red Headed Stranger also talked about his thoughts on drug laws and people who are serving time in prison for possession of cannabis.

A lot of it is because people get in there who don’t even have the bail money to get out,” he says. “Let those guys out and start working and paying taxes.

Nelson’s new album Ride Me Back Home will be released next month.  The album’s title track, written by Nashville Songwriters Hall of Fame member Sonny Throckmorton, his daughter Debby, Joe Manual and Lucinda Hinto, was inspired by the horses Nelson has rescued over the years.