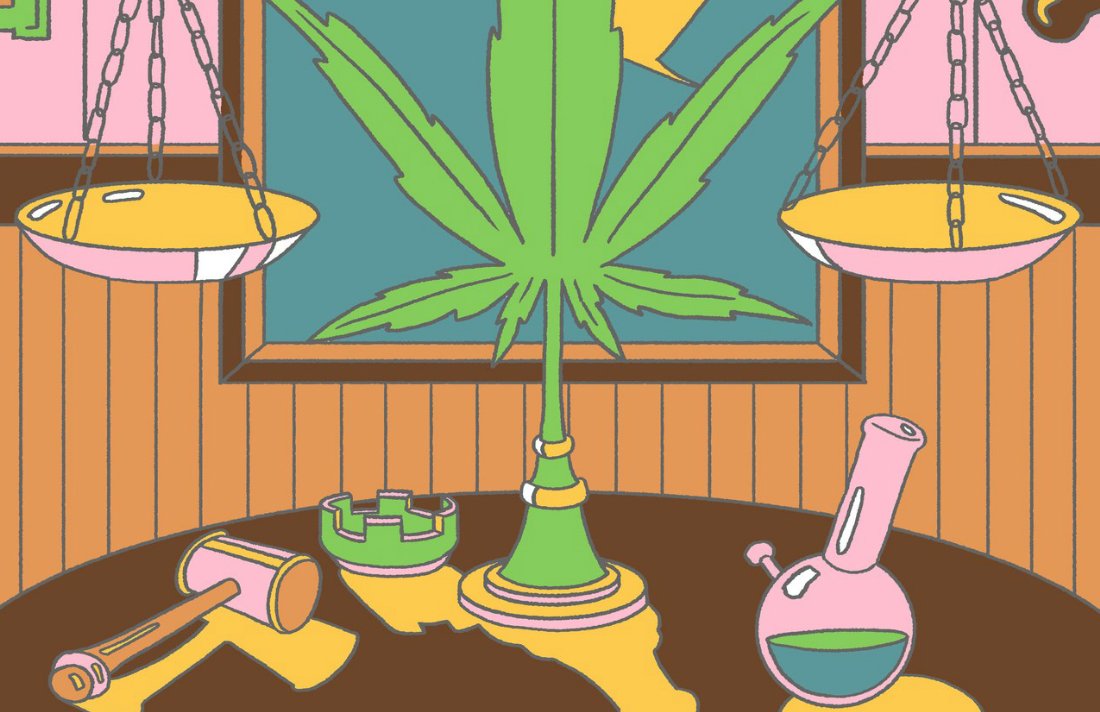 The history of cannabis in America is rife with racism and inequality. Here’s how to use your spending power to fight for change.

To understand why buying weed is different from buying artisanal kale, you need to understand weed’s history in America. For decades, the media, politicians, and our schools have spread misinformation about what cannabis is and what it does, including that weed is a gateway drug (it’s not), that if you smoke weed you’ll go to jail (those chances are pretty low if you’re white), and that marijuana causes instant addiction (the research shows that, while cannabis can be addictive, tobacco and alcohol are more deadly and addictive, relatively speaking).

Robyn Griggs Lawrence, author of Pot in Pans: A History of Eating Cannabis, explains how this misinformation started. In the 1930s, when the Federal Bureau of Narcotics (now the DEA) rebranded cannabis as “marijuana, a frightening ‘new’ drug used primarily by Mexicans and African Americans that could turn upstanding, middle-class (white) kids into helpless victims and raging monsters.” Anslinger’s racist campaign picked up steam with Richard Nixon, who classified cannabis as a Schedule One drug despite the fact that humans have used cannabis medicinally for millennia. In a 1994 Harper’s magazine interview, former domestic policy chief John Ehrlichman said, “We knew we couldn’t make it illegal to be either against the war or black, but by getting the public to associate the hippies with marijuana and blacks with heroin, then criminalizing both heavily, we could disrupt those communities. We could arrest their leaders, raid their homes, break up their meetings, and vilify them night after night on the evening news. Did we know we were lying about the drugs? Of course we did.”